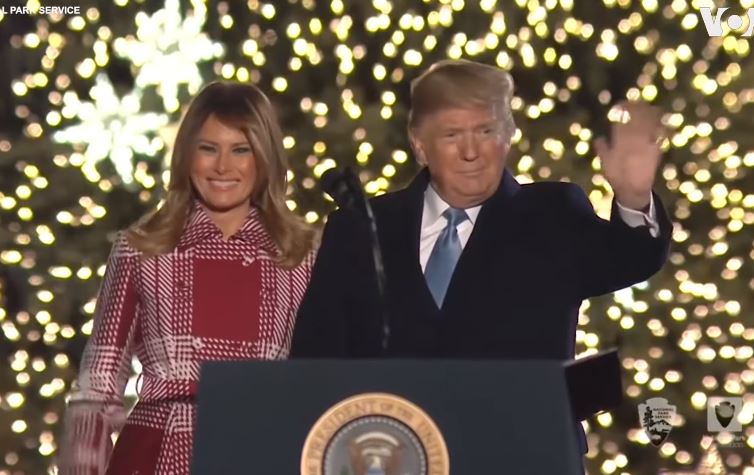 This Christmas, could you please spare a thought for the truly unfortunate: D.C. political journalists deprived of holiday parties surrounded by members of the Trump Administration (whom they despise)?

The front of the New York Times Sunday Styles section was a microcosm of self-absorbed journalists indulging themselves over the holidays: “The Pall Before Christmas.” It was written by Shawn McCreesh, previously an editorial assistant to Maureen Dowd and who here shares Dowd’s contemptuous irreverence toward Trump

It takes some gall, after prominent Democrats have encouraged confrontation of Trump staffers (and the Times running op-eds advocating “doxxing” migrant detention center employees), for the paper to suddenly wonder where everyone is.

It would have been a swell party. There was an oyster tower made from solid ice and charcuterie tables piled high in every room. The Charles Orban Champagne was flowing at this annual soiree, hosted by the French ambassador at the official residence, which is one of the prettier piles of brick in this town.

What there wasn’t: anyone recognizable from the White House. Not even Kellyanne Conway, the counselor to the president, who used to attend.

Who cares? The packs of journalists and foreign service officials who prowled the rooms of an imperial manse in search of someone who mattered, that’s who....

President Trump has, as promised and to his supporters’ glee, disrupted Washington’s way of life. And sure, as during Watergate, the news business is booming and random bureaucrats have been thrust onto the national stage. But it’s been hell on the social life.

Obvious question: You either scream at the president -- or honor those who do -- and compare him to all manner of dictators, mass murderers, and well, "human scum," to borror a phrase, and then expect a party?

McCreesh gave the vaguest of hints about public harassment of Trump officials before mocking an old man (a Republican, naturally: Robert DeNiro wouldn’t get the same treatment for his scatological rants).

There were only ever a handful of cabinet secretaries and Trump aides who would brave the night life of a city that reviles, and is reviled by, President Trump. (You know it’s bad when Wilbur Ross, the 82-year-old secretary of commerce who both falls asleep and wears $600 velvet slippers in public, is considered the social butterfly of this administration.)....

In the beginning, though, people such as Ms. Conway, Steven Mnuchin and Ivanka Trump could be counted on to show up at parties and interpret the latest presidential paroxysm in an effort to soothe the freaked-out establishment. Three years in, relations have soured.

Part of that “pall” may also come from the hyperpolarization that has gripped D.C., along with much of the nation. People with warring political affiliations may simply be less interested in socializing together, at least at semipublic events.

This White House has enriched the press, but it also stopped throwing a Christmastime party for reporters. The White House correspondents’ dinner, which reporters from The New York Times do not attend, once boasted truly glamorous after-parties. Those have dried up in the Trump era.