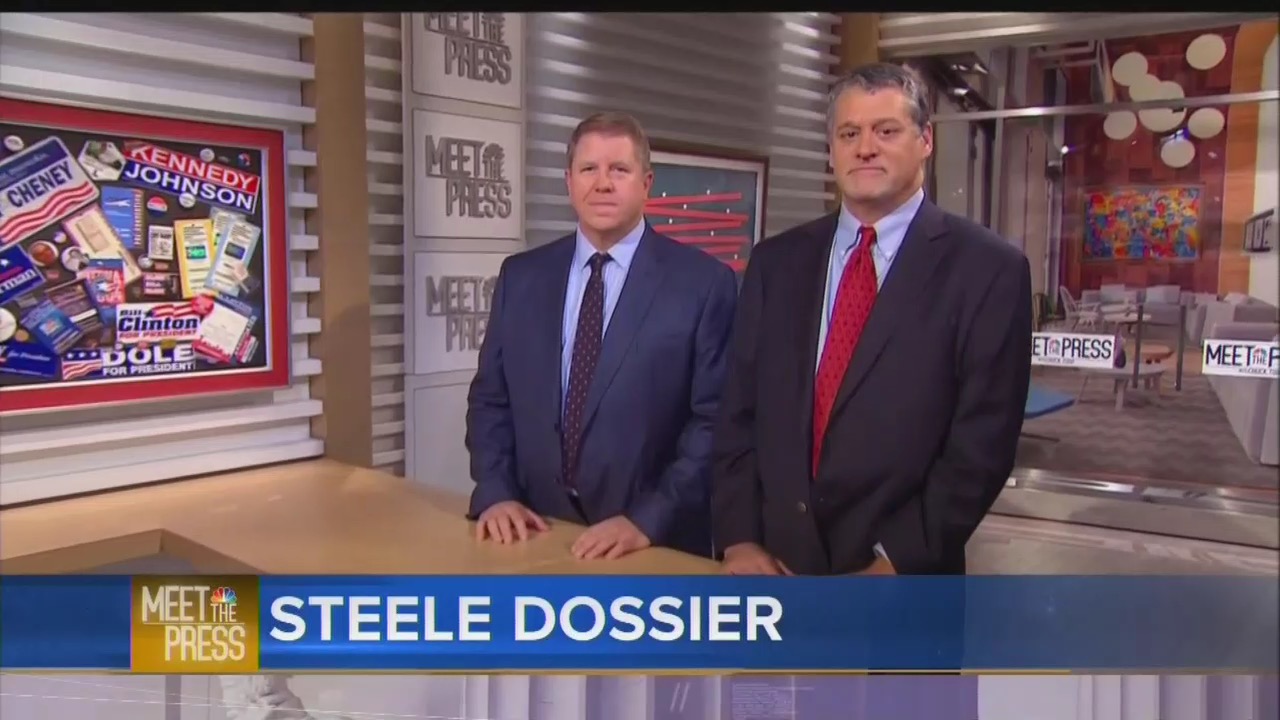 The New York Times tried to shore up a major source of the left’s anti-Trump conspiracies in the paper’s Sunday Review section by running an op-ed, “Don’t Let Trump Rewrite History,” by Glenn Simpson and Peter Fritsch, founders of Fusion GPS, which put together the notorious and discredited anti-Trump dossier, full of lurid and sensational Russian-gleaned disinformation. They are authors of the forthcoming book Crime in Progress: Inside the Steele Dossier and the Fusion GPS Investigation of Donald Trump.

But in its concern over “Trump rewriting history,” the paper let them get away with a pretty hefty omission of their own. (In the op-ed they are even reluctant to use the term “dossier,” though it’s in the book title, presumably to boost sales.)

The Russian dossier story was developed by Fusion GPS, a Democratic opposition-research firm, and was funded by the Clinton campaign and the DNC in order to dig up dirt on Donald Trump via Christopher Steele, a former British spy with Russian contacts. The dossier was used to obtain warrants to wiretap former Trump campaign adviser Carter Page, setting in motion the time-wasting "Russian collusion" fiasco.

There was nothing in the op-ed (or anywhere else in the Times thus far) about how Fiona Hill, the National Security Council’s former senior director for Europe and Russia, also trashed the dossier in both her public and private testimony before Congress.

Not only did the Steele dossier help the FBI obtain a surveillance warrant against Page. It also helped shape the initial media narrative of the Trump presidency. Schiff himself read some of the dossier into the Congressional Record in 2017. Fast forward to Thursday. In her testimony, Hill said that she believed the Steele dossier was a “rabbit hole” and that Steele had been “played.” She was more specific in her closed-door deposition in October, when she said she believed the dossier was likely Russian disinformation.

The Ukraine scandal now unfolding in congressional impeachment hearings has at its core a Shakespearean twist: President Trump, abetted by his paladins of spin, has trapped himself in an alternate universe. To undermine the well-established fact that Russia corrupted the 2016 vote to help him win, Mr. Trump and his allies have tried to build a fiction that pins those crimes on Ukraine.

In doing so, he has confirmed our darkest fears. The president’s bid to solicit foreign help to impugn a domestic political rival in 2019 should wipe away any doubts about his willingness to do the same with Russian help in 2016.

[W]e’re willing to clear up some of the nonsense now so abundant on the right. House Republicans like Representatives Devin Nunes and Jim Jordan seem eager to portray Fusion as co-conspirators with the Ukrainians in some devilish plot to undermine Mr. Trump’s 2016 candidacy. That could not be farther from the truth....