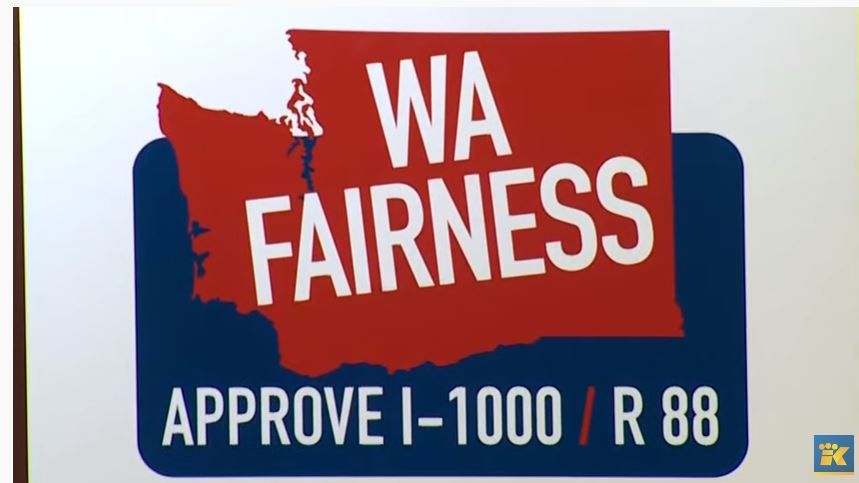 The New York Times on Tuesday sounded perturbed that the blue state of Washington was resisting a return to the old divisive days of “affirmative action” in learning and hiring practices: “Campaign to Restore Affirmative Action in a Liberal State Is Greeted With Ambivalence.”

An editor insisted on calling it “Unlikely resistance to a ballot measure in Washington State” in a text box, although it makes sense that Asian-Americans would resist affirmative action, having been successful as a group without such assistance. There are also credible concerns (demonstrated by the failed lawsuit against Harvard University’s admission practices) that such diversity diktats discriminate against Asian students.

Reporter Mike Baker’s story was loaded in favor of the ballot measure to “allow concerted efforts to increase diversity" (his words) which sounds distressingly vague. It opened with an anecdote about Washington State’s former governor Gary Locke, a Chinese-American trying to overturn the state’s ban on affirmative action.

As one of eight states that prohibit such diversity efforts, Washington faces a reckoning over a policy that has contributed to a steep slide in the number of state government contracts going toward businesses owned by minorities or women. That has helped feed a persistent gap in economic inequality, in particular for African-Americans and Native Americans, who have both suffered under centuries of discrimination.

While the arguments over affirmative action have changed little over the years, proponents in Washington believe the time is ripe to revisit the issue, as the country becomes increasingly aware of lingering racial and gender inequities. The campaign is forcing voters in Washington, one of the nation’s most liberal states, to confront the fact that their state bans race-conscious diversity programs while more conservative states in the South do not.

Opposition to affirmative action has long centered on white men and conservatives complaining about “reverse discrimination.” Challenges to those policies have also come from some Asian-Americans who worry that their success in winning jobs and college admission spots may suffer in a quest to open opportunities to other racial and ethnic groups.

While polls have indicated that many Asian-Americans, particularly younger ones, support affirmative action programs, the funding and organizing for the current campaign to uphold Washington’s prohibition has come overwhelmingly from members of that ethnic group.

Locke has a lot of nerve accusing immigrants, many of whom come here to escape inequality and oppression, of ignorance of such things.

Mr. Locke, who also served as a former commerce secretary and ambassador to China, said he felt compelled to step forward -- in part because he has benefited from affirmative action. He said some recent immigrants do not appreciate the depth of racial inequality upon which the United States has grown.

Baker made some room for opposing voices.

ZhiQing Yao, a software engineer from the Seattle area, said he worried that new policies would undermine the ideals of the country that he came to 17 years ago from China.

“We came to the United States because the country has equal opportunity for everyone,” Mr. Yao said. “This is really un-American.”

Asian-Americans have led other efforts, including a recent lawsuit against Harvard that seeks to upend the practice of using race and ethnicity as factors in college admissions. When California considered a repeal of its ban on affirmative action a few years ago, the plan was dropped amid pressure from, among others, the Asian-American community.

April Sims, a leader in the Washington State Labor Council who is co-chairing this year’s initiative campaign, said she believed that voters were ready for a conversation about opportunity and fairness.

Baker was last seen in NewsBusters churning out pathetically biased copy about the masked leftist violence purveyors of Antifa.