The New York Times lead story slot on Sunday told a slanted, sympathetic tale of Democrats being outgunned in social media campaign ads in the 2020 election runup by a ruthless and lying Trump campaign: “In War of the Web, Trump Mobilizes an Ad Offensive -- Campaign Harnesses Anger and Rakes In Cash as Democrats Lag on Both.” Tech reporters Matthew Rosenberg and Kevin Roose set the scene. 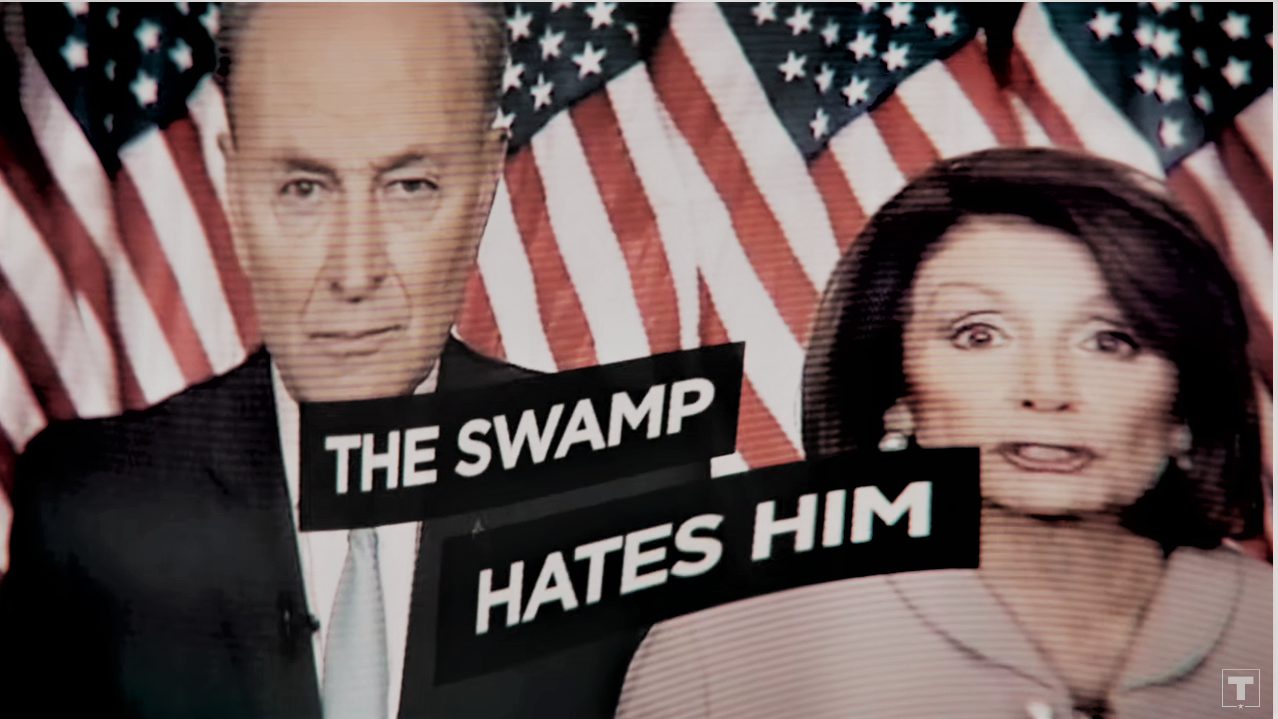 On any given day, the Trump campaign is plastering ads all over Facebook, YouTube and the millions of sites served by Google, hitting the kind of incendiary themes -- immigrant invaders, the corrupt media -- that play best on platforms where algorithms favor outrage and political campaigns are free to disregard facts.

Even seemingly ominous developments for Mr. Trump become fodder for his campaign. When news broke last month that congressional Democrats were opening an impeachment inquiry, the campaign responded with an advertising blitz aimed at firing up the president’s base.

The campaign slapped together an “Impeachment Poll” (sample question: “Do you agree that President Trump has done nothing wrong?”). It invited supporters to join the Official Impeachment Defense Task Force (“All you need to do is DONATE NOW!”). It produced a slick video laying out the debunked conspiracy theory about former Vice President Joseph R. Biden Jr. and Ukraine that is now at the center of the impeachment battle (“Learn the truth. Watch Now!”).

The story amounted to an attempted wake-up call for sleepy Democratic campaigns.

That campaigns are now being fought largely online is hardly a revelation, yet only one political party seems to have gotten the message. While the Trump campaign has put its digital operation firmly at the center of the president’s re-election effort, Democrats are struggling to internalize the lessons of the 2016 race and adapt to a political landscape shaped by social media.

Democratic digital operatives say the problem is a party dominated by an aging professional political class that is too timid in the face of a fiercely partisan Republican machine. The Biden campaign’s decision to tack from digital to television, they say, is only the most glaring example of a party hung up on the kind of broad-based advertising that played well in the television age but fares poorly on social media.

Rosenberg and Roose provided intellectual flattery for the Democrats. It echoes the Dukakis campaign -- "you were smarter, but the people were dumb and voted Republican."

Provocative ads also get shared more often, creating an organic boost that vaults them even further ahead of less inflammatory messages.

But it has left a critical loophole: Facebook’s fact-checking rules do not apply to political ads, letting candidates spread false or misleading claims. That has allowed Mr. Trump’s campaign to show ads that traditional TV networks have declined to air.

(That previous paragraph evades the issue. In a rare rebuke of Sen. Elizabeth Warren, PolitiFact pointed out that “broadcast networks are generally required to run candidate ads under federal law. The same law doesn’t apply to cable networks or to PAC ads.”)

One recent video from the Trump campaign said that Mr. Biden had offered Ukraine $1 billion in aid if it killed an investigation into a company tied to his son. The video’s claims had already been debunked, and CNN refused to play it. But Facebook rejected the Biden campaign’s demand to take the ad down, arguing that it did not violate its policies.

The Democrats come off oh-so-noble:

Democrats are struggling to match more than the sheer volume of content coming out of the Trump campaign. Interviews with Democratic consultants and experts revealed a party deeply hesitant to match the Trump campaign’s intense and often angry partisan approach.

Rosenberg and Roose have a history of Democratic sympathy and anti-conservative sensitivity.

This summer, Rosenberg got his feelings hurt over a parody Joe Biden website, that made the front of a Sunday edition of the Times: “The Deception Of a Biden Site That’s Not His,” even suggesting the harmless site was akin to Russian disinformation.

Also this summer, Roose helped perform an elaborate front-page Sunday edition smear of YouTube conservatives: “The Making of a YouTube Radical – How the Site’s Algorithms Played Into the Hands of the Far Right.” How “radical” did YouTube make the story’s subject, Caleb Cain? “He spent much of [Election Night] watching clips of Ms. Clinton’s supporters crying after the election was called in Mr. Trump’s favor.... He dated an evangelical Christian woman, and he fought with his liberal friends.”