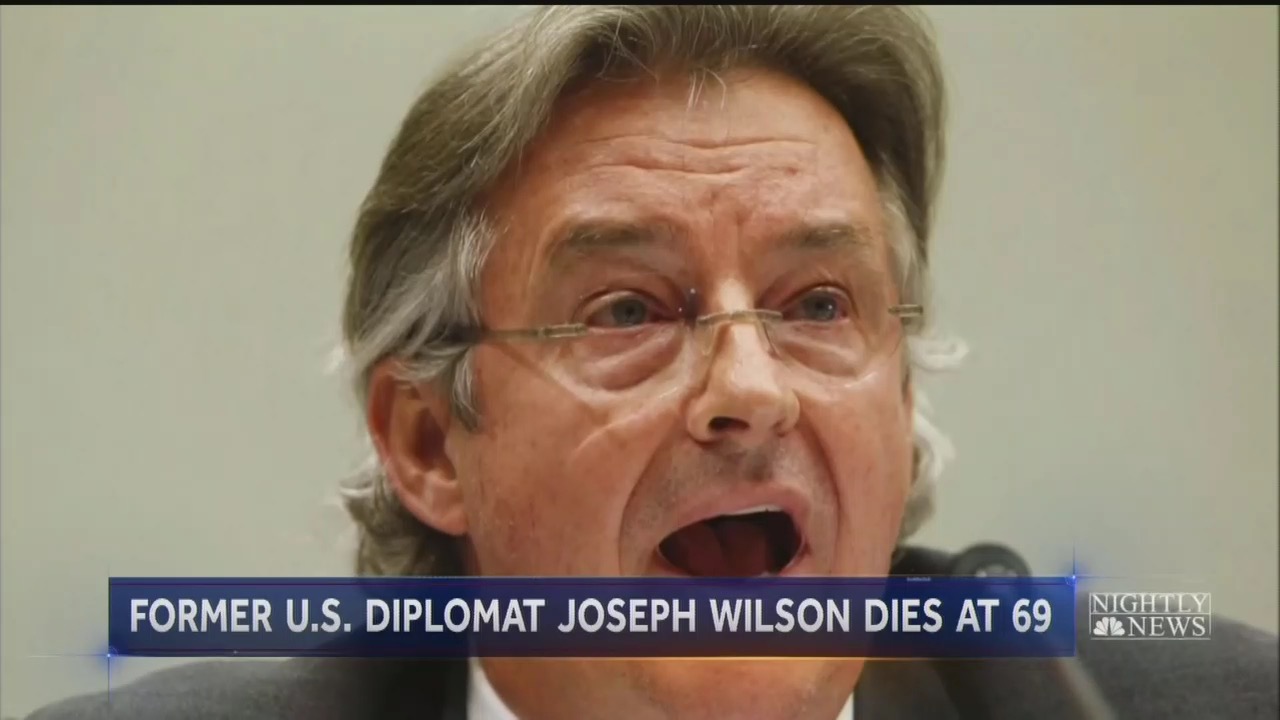 New York Times reporters David Sanger and Neil Genzlinger marked the passing of Joseph Wilson, who became a media hero in 2003, when he published an op-ed in the New York Times challenging the Bush administration’s case for war in Iraq. He became a fierce anti-war activist against President Bush and the case for war against Iraqi dictator Saddam Hussein.

The Times used Wilson’s death as a chance to push an incomplete, if not false, narrative regarding the evidence of Hussein’s weapons capability in the run-up to the Iraq War, just as it did at the time. The paper had a lot riding on Wilson’s reputation as an ambassador in Africa when it ran his supposed expose op-ed.

Joseph C. Wilson, the long-serving American diplomat who undercut President George W. Bush’s claim in 2003 that Iraq had been trying to build nuclear weapons, leading to the unmasking of his wife at the time, Valerie Plame, as a C.I.A. agent, died on Friday at his home in Santa Fe, N.M. He was 69.

Mr. Wilson’s decision to challenge Mr. Bush’s argument that Saddam Hussein, the Iraqi dictator, was secretly reconstituting his nuclear program changed both the narrative and the politics of the war. It forced the White House to concede, grudgingly, that Mr. Bush had built the case for the invasion of Iraq on a faulty intelligence report -- one that critics said was cherry-picked to provide an urgent rationale for a war that quickly turned into a morass.

Threaded through the obituary was the controversy over the supposed unmasking of Wilson’s wife, CIA operative Valerie Plame (another media darling), which results in a tangled web that the reporters conveniently curate to satisfy the anti-Bush, anti-war left.

Wilson went to Niger to try and verify reports that Niger had sold uranium yellowcake to Iraq in the 1990s, which could be turned into nuclear fuel.

....Mr. Wilson concluded from his trip that the reports of a Niger-Iraq deal were false. Nevertheless, in his State of the Union address in January 2003, President Bush declared that “the British government has learned that Saddam Hussein recently sought significant quantities of uranium from Africa.” He ordered an invasion of Iraq seven weeks later.

Soon after, the intelligence behind Mr. Bush’s “16 words” from the State of the Union speech was under attack. American military teams could find no evidence of an active nuclear program in Iraq.

Mr. Wilson felt that the record needed to be corrected. In an Op-Ed article in The New York Times on July 6, 2003, titled “What I Didn’t Find in Africa,” he argued that the intelligence had most likely been twisted to create a rationale for the invasion.

Only the White House had never acknowledged it, and his admission engulfed the Bush White House in a tide of criticism and led to years of investigations.

But left out of Wilson’s obituary were subsequent findings that render Wilson’s confident assertions far more dubious. In fact, Bush’s “16 words” at the 2003 State of the Union address ("The British government has learned that Saddam Hussein recently sought significant quantities of uranium from Africa”) was factually correct, though the CIA later decided the evidence was inconclusive.

The Times also left out Wilson’s hatred of the Bush administration, which distorted his diplomatic judgment: "At the end of the day, it's of keen interest to me to see whether or not we can get [Bush senior advisor] Karl Rove frog-marched out of the White House in handcuffs."

The Times itself acknowledged the nuance in a July 2004 report that opened: "Were those infamous 16 words correct after all?”

None of that made it into Wilson’s obituary. Sanger and Genzlinger really laid it on.

For Mr. Wilson, the decision to write the Op-Ed article was a matter of patriotic duty.