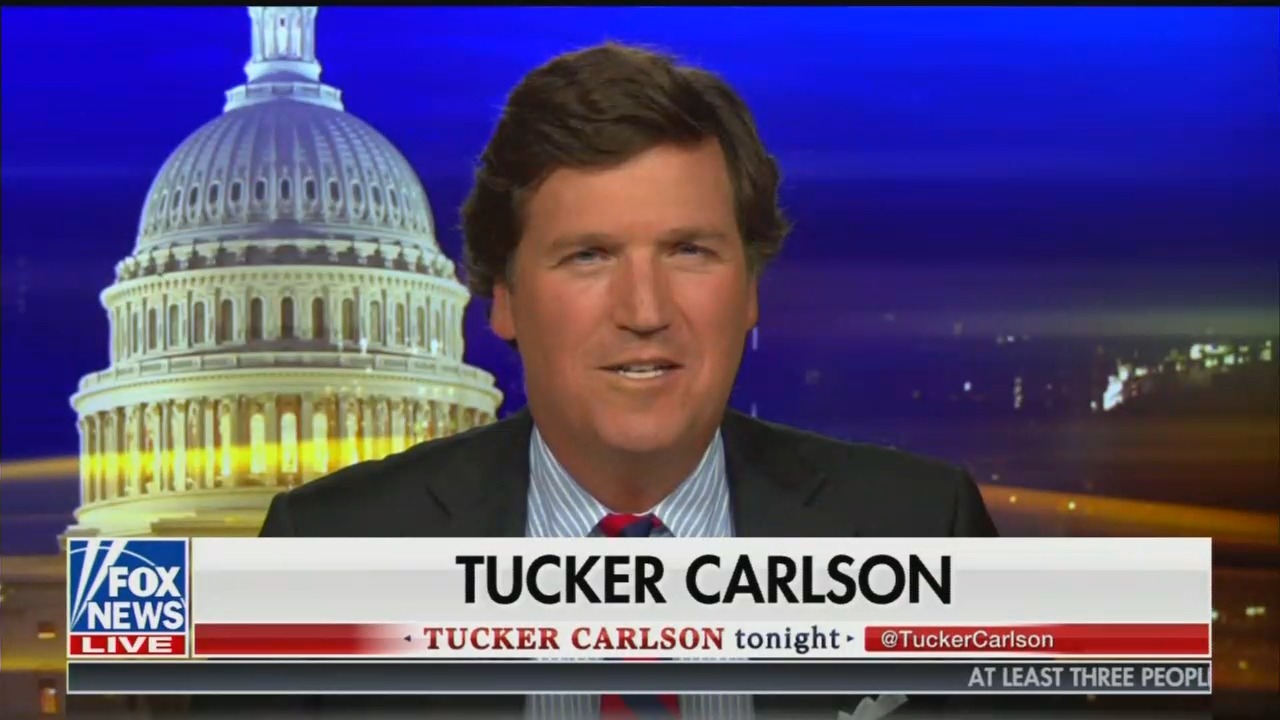 The New York Times unleashed a farrago of fear-mongering opinions over the weekend, targeting the Republican Party as dirty, dangerously dogmatic, and downright evil

Columnist Farhad Manjoo, who once covered technology for the paper, produced yet another example of his recent free-floating fear of the Republican Party in his thought experiment for the Sunday Review: “Tucker Carlson 2024.” The text box: “I imagined a president worse than Trump. Welcome to my nightmare.” The graphic showed host the popular Fox News host Carlson as a wounded cyborg with his metal frame showing from under his skin camouflage.

Presidents these days always seem to get worse, don’t they?

To many on the left, Donald Trump is an order of magnitude more disastrous a commander in chief than was George W. Bush, whose reputation now stands thoroughly rehabilitated in the popular culture. Bush is no longer the incurious man who launched an unnecessary war that killed hundreds of thousands in Iraq; today, he’s the goofy old fella who paints portraits of the troops, pals around with Michelle Obama and seems to be in on the joke of our times.

Manjoo performed a masochistic thought experiment to picture the absolutely most dangerous Republican, and came up with...Tucker Carlson. But not before weighing the relative evil of previous Republican presidents.

For the record, I think the jury is still out on whether Trump is worse than Bush. But for most of 2019, I’ve been trying to picture a future that elevates Trump in the same way it did Bush: How much worse could all this get? And worse in what direction -- what politics, policies, rhetoric and media mastery will the next extremely terrible president marshal to ruin America anew?

In short: What sort of character do we have to imagine occupying the White House in 2029 to make lefties like myself feel even a slight pang of nostalgia for the good old days of Donald J. Trump?

Come, take a stroll with me through my recurrent nightmare: It’s the sweltering summer of 2029, and the man in charge is Tucker Carlson -- that is, President Tucker Carlson, the one-time Fox News talker turned righteous, white nationalist economic populist, now in his triumphant second term, after having defeated the incumbent Joseph “Recession Joe” Biden back in 2024.

Where Trump was a chaotic, undisciplined narcissist, the Carlson who wins in 2024 is a canny political strategist who makes good on Trump’s forgotten promise to embrace anti-corporate economic policies. On paper, parts of Carlson’s agenda seem ripped from the former liberal firebrand Sen. Elizabeth Warren (now in exile in Toronto): His chief enemies are Google, Amazon, Apple, Facebook and Microsoft, the megacorporations owned and staffed by wealthy liberals.

....my premonition is based on months of research -- this is what you might call an educated nightmare. My education: Carlson’s own nightly Fox News show, which I’ve been watching obsessively since January. I began tuning in because Carlson -- who, with nearly three million viewers a night, is the second most popular host on cable, after Sean Hannity -- has become one of the most fascinatingly terrifying men in conservative media.

Below Manjoo in the print edition of the Sunday Review, contributor Annalee Newitz wrote on the strange topic of notorious 19th-century moralist Anthony Comstock. Why dredge up him, now? To compare him to the modern-day social conservatives of course. Newitz (who goes by “they”) has the self-control to save the usual ominous (and ridiculous) parallel to the last

It might be tempting to laugh off today’s Anthony Comstocks, whether that’s Milo Yiannopoulos attacking Leslie Jones on Twitter, or Vice President Mike Pence expressing his fear of meeting with women alone. But history reminds us that Comstock’s strategy worked. He used the courts to prevent generations of women from gaining access to information about reproduction and sexual health. He normalized the idea that the government could spy on our mail to ferret out “immorality.” Today’s legal battles over abortion access and gender identity are a continuation of his activism. His name may be forgotten, but the age of Comstockery is not over.

Never mind Democratic dirty deeds during the Trump era, like the discredited hysteria over Russian “collusion,” or the attempts to pressure the Electoral College to switch votes to Hillary Clinton, or the calls for presidential election recounts, or the Democratic questioning of free and fair elections in 2018, or thoughts of ditching the Electoral College and even packing the Supreme Court all because an election didn’t go their way. Or previous thuggish abuse of the law in the case of Rep. Tom DeLay and Wisconsin Republicans.

The greatest threat to our democracy today is a Republican Party that plays dirty to win.

The party’s abandonment of fair play was showcased spectacularly in 2016, when the United States Senate refused to allow President Barack Obama to fill the Supreme Court vacancy created by Justice Antonin Scalia’s death in February. While technically constitutional, the act -- in effect, stealing a court seat -- hadn’t been tried since the 19th century. It would be bad enough on its own, but the Merrick Garland affair is part of a broader pattern.

Republicans across the country seem to have embraced an “any means necessary” strategy to preserve their power.

They listed “technically legal,” but evidently awful tactics, like gerrymandering and other standard political hardball, as part of the list of Republican offenses, then pondered:

Why is the Republican Party playing dirty? Republican leaders are not driven by an intrinsic or ideological contempt for democracy. They are driven by fear.

The authors had the nerve to compare elections today to the Jim Crow era, though at least they accurately blamed the Democratic Party.