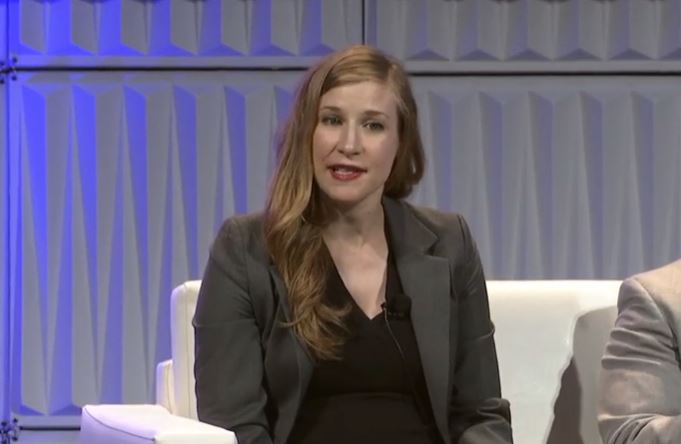 The New York Times will go to great lengths to whitewash international Communism, either by leaving out atrocities committed in its name or by demonizing America’s side of the Cold War.

The latter strand was in evidence on the front page of Sunday’s New York Times in international trade and economics reporter Ana Swanson’s “Red Scare Grows in Washington, Now With China as Boogeyman.” The text box read: “Long-Defunct Cold War Group Is Resurrected, Aided by Bannon.” (The group is The Committee on the Present Danger, and Bannon is former Trump advisor Steve Bannon.)

Who are these scary and “paranoid” new Red Scare villains? Well, they include the persecuted religious minority Falun Gong and Muslims:

In a ballroom across from the Capitol building, an unlikely group of military hawks, populist crusaders, Chinese Muslim freedom fighters and followers of the Falun Gong has been meeting to warn anyone who will listen that China poses an existential threat to the United States that will not end until the Communist Party is overthrown.

If the warnings sound straight out of the Cold War, they are. The Committee on the Present Danger, a long-defunct group that campaigned against the dangers of the Soviet Union in the 1970s and 1980s, has recently been revived with the help of Stephen K. Bannon, the president’s former chief strategist, to warn against the dangers of China.

Once dismissed as xenophobes and fringe elements, the group’s members are finding their views increasingly embraced in President Trump’s Washington, where skepticism and mistrust of China have taken hold. Fear of China has spread across the government, from the White House to Congress to federal agencies, where Beijing’s rise is unquestioningly viewed as an economic and national security threat and the defining challenge of the 21st century.

The administration paints the crackdown as necessary to protect the United States. But there are growing concerns that it is stoking a new red scare, fueling discrimination against students, scientists and companies with ties to China and risking the collapse of a fraught but deeply enmeshed trade relationship between the world’s two largest economies.

Anti-China sentiment has spread quickly, with Republicans and Democrats, labor union leaders, Fox News hosts and others warning that China’s efforts to build up its military and advanced industries threaten America’s global leadership, and that the United States should respond aggressively....

Those are strong and rather hypocritical words from a newspaper that has taken its paranoia of all things Russian to a ludicrous extent ever since they became villainous in the Trump era -- to the extent of casual anti-Russian stereotyping the paper would condemn if done by conservatives to any other group. Some "cold wars" are worth renewing, but not others, apparently.

....The United States has tried for decades to entice and cajole China to become a more open society, but the Communist Party has steadily tightened its grip over the Chinese people and the economy. American leaders now face a choice of whether to continue down a path of engagement that could leave the country vulnerable to economic and security threats -- or embark on a path of disengagement that could weaken both economies and might one day even lead to war.

There is a clear conservative Republican face to the group responsible for this new “red scare.”

An increasing number of people in Washington now view the decoupling of the two economies as inevitable -- including many of the members of the Committee on the Present Danger. At an inaugural meeting in April, Mr. Bannon, Senator Ted Cruz of Texas, Newt Gingrich, the former House speaker, and others issued paeans to Ronald Reagan -- a former member of the group -- and were met with standing ovations as they called for vigilance against China.

Deep into the story Swanson confessed:

The new Cold War has not been one-sided. Many of the changes in Washington have been triggered by a darker turn in Beijing.

Susan Shirk, the chair of the 21st Century China Center at the University of California at San Diego, said the United States is at risk of being gripped by “an anti-Chinese version of the Red Scare” that is driving Chinese talent away and could rupture what little good will is left between the two countries.

Chinese nationals and Americans of Chinese heritage say they have felt the chilling effects. Some suspect they are being passed over for promotions and grants. Supporters of engagement have been dismissed as apologists or even traitors....In the rush to protect against new threats from China, the line between preparedness and paranoia is sometimes unclear.