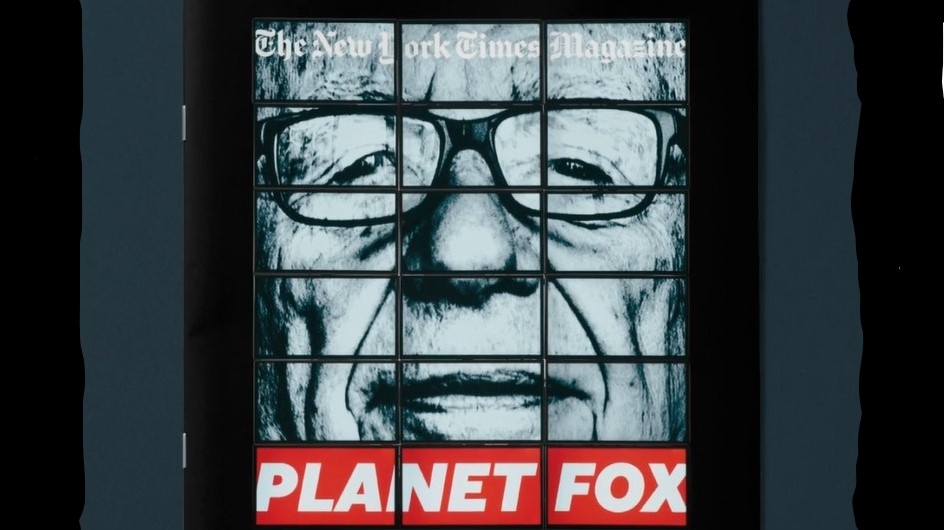 New York Times Magazine staff writer Jonathan Mahler and media reporter Jim Rutenberg teamed on a colossal, three-part investigation of Rupert Murdoch’s family drama and media empire that served as a hit piece on Fox News. A summary article, and Part 1 of the enormous piece, were dealt with earlier. In Parts 2 and 3, the Times offensively attempted to tie the network to recent anti-Jewish and anti-Muslim terrorist attacks.

In Part 3, Mahler and Rutenberg went hammer and tong after “The New Fox Weapon,” subtitled “when the Disney deal enriches the Murdochs and strips their empire down its essence: a hardcore right-wing news machine.”

After the Times hinted without evidence that the Trump administration is rewriting rules to benefit Murdoch’s empire, Sky News Australia was described as “a mirror of Fox News, with its fixation on race, identity and climate-change denial. Night after night, Sky’s hosts and their guests stirred anger over the perceived liberal bias of the media...”

Then things really got offensive, with the Times playing guilt by third-hand association in a disgusting attempt to lay the blame of terrorist bloodshed at the feet of Fox News hosts.

In the days leading up to the conference, some Fox News hosts and guests had been moving ever closer to openly embracing the most bigoted sentiments of the white-nationalist movement. A few days before the anti-Semitic attack on a Pittsburgh synagogue that killed 11 Jewish worshipers, a guest on Lou Dobbs’s show had said that a migrant caravan headed to the United States border from Honduras was being funded by the “Soros-occupied State Department.” (The network apologized.)

The shooter, according to a post he made on social media, had come to believe that Jews were transporting members of the migrant caravans. When Tucker Carlson came under fire for his increasingly pointed attacks on immigration -- “We have a moral obligation to admit the world’s poor, they tell us, even if it makes our country poorer and dirtier and more divided” -- he received personal text messages of support from Lachlan, according to two people familiar with the texts.

Amazingly, Mahler and Rutenberg soon topped themselves for offensiveness, linking Fox News to the mass murder of Muslims in New Zealand.

Thousands of miles away, another consequence of the global ethnonationalist fervor that the Murdoch empire had amplified and mainstreamed was playing out in New Zealand, where an Australian white nationalist, Brenton Tarrant, stood accused of killing 50 worshipers at two Christchurch mosques on March 14. There was no direct connection between Tarrant and Sky Australia, but critics of the network quickly drew attention to its consistently anti-Muslim rhetoric....

In Part Two, “Internal Divisions,” focusing on family conflicts, we learn that while the Times reporters may revile Fox News for racism and far-right nationalism, the (left-wing, taxpayer funded) BBC in Britain is held in high regard.

Years earlier, when James was fighting in Britain for the first failed Sky deal, he expressed contempt for government meddling in the media’s affairs and impugned the nationally esteemed BBC as a “chilling” media monolith....Murdoch’s ambitions had been subverted, finally and definitively, by his own failings -- the family squabbles, the reactionary drift of Fox News, the Sky News debacle.”

Apparently the Times couldn’t locate a single critic of the BBC’s liberal political bias. That would harm the narrative.