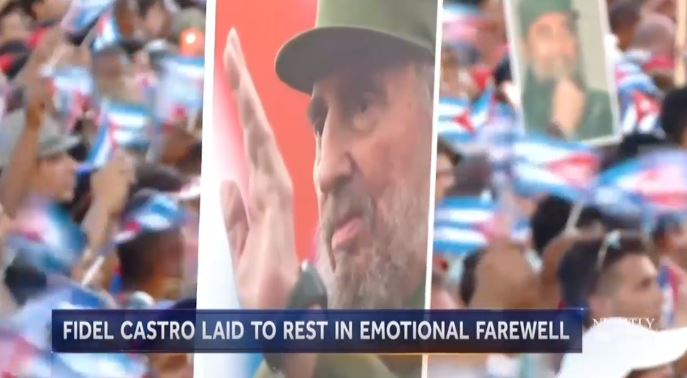 Many conservatives have criticized Trump for his credulous remarks on what North Korean dictator Kim Jong-un knew about the treatment of the American prisoner Otto Warmbier. But it’s a bit rich to hear the Times accusing someone else of embracing “strongmen.”

Ronald Reagan famously vowed to “trust, but verify” when confronting strongmen from places like the Soviet Union.

When Vladimir V. Putin, the president of Russia, denied meddling in American elections, Mr. Trump said: “Every time he sees me, he says, ‘I didn’t do that.’ And I really believe that when he tells me that, he means it.”

And on Thursday in Vietnam, when Mr. Trump was asked about the death of an American student, Otto F. Warmbier, after meeting with Kim Jong-un, the North Korean leader, the president took pains to absolve him of any responsibility for the torture that Mr. Warmbier was said to have endured during his detention in North Korea before he was returned home comatose.

It might be tempting for some of the president’s supporters to assume that Mr. Trump’s embrace of Mr. Kim’s protestations of innocence was a one-time occurrence that emerged from his diplomatic efforts to woo Mr. Kim during negotiations over North Korea’s nuclear weapons.

But in more than two years in the Oval Office, the president has demonstrated an unmistakable pattern: He tends to believe what strongmen say.

The pattern continued in a 2017 call to Rodrigo Duterte, the authoritarian president of the Philippines who is accused of ordering extrajudicial killings of drug suspects, when Mr. Trump ignored those claims and instead told Mr. Duterte “what a great job you are doing.”

It is not hard to detect more than a bit of jealousy in Mr. Trump’s encounters with leaders like Mr. Duterte, Mr. Kim, Prince Mohammed and Mr. Putin. He seems to long for the efficiency of their style of government, under which they have sought to bend institutions and the law to their benefit.

Mr. Trump has lamented the “stupidity” of an American system that allows asylum seekers to have their day in court even as he has lauded the Chinese for being able to simply put drug dealers to death with minimal fuss. In China, he noted this month, a drug dealer gets “a thing called the death penalty.”

If Trump truly is a fan of Communist China’s authoritarianism, he’ll have to get in line behind veteran Times columnist Thomas Friedman, who has repeatedly claimed (he would say facetiously) that Chinese autocracy and “concentrated state power” is superior to American democracy because at least under a totalitarian state, you can get things done.

Simon Romero in February 2009: “President Hugo Chávez handily won a referendum on Sunday that will end presidential term limits, allowing him to run for re-election indefinitely and injecting fresh vibrancy into his socialist-inspired revolution.” (The Times wasn’t yet afraid of calling it “socialism.”)

Movie critic Stephen Holden gushed in a 2010 review of an Oliver Stone documentary that “Mr. Chávez comes across as a rough-hewn but good-hearted man of the people whose bullheaded determination is softened by a sense of humor.”