In his New York Times profile Thursday, “Hebrew Israelites See Divine Intervention in Lincoln Memorial Confrontation,” reporter John Eligon downplayed the rank, obvious offensiveness of the racist and homophobic Black Hebrew Israelites cult while even shelling out some praise. The group is in the spotlight thanks to their verbal assaults on the Kentucky Catholic school teens, captured on video as part of the infamous Lincoln Memorial viral video saga. If you’ve walked the streets of New York City or Washington , D.C. you may have seen the Hebrew Israelites ranting conspiracy theory and invective on the corner.

Eligon offered some criticism in the middle of the story, between a bizarre sandwich of admiration at the beginning and end. He began with strange new liberal respect for aggressive preaching. 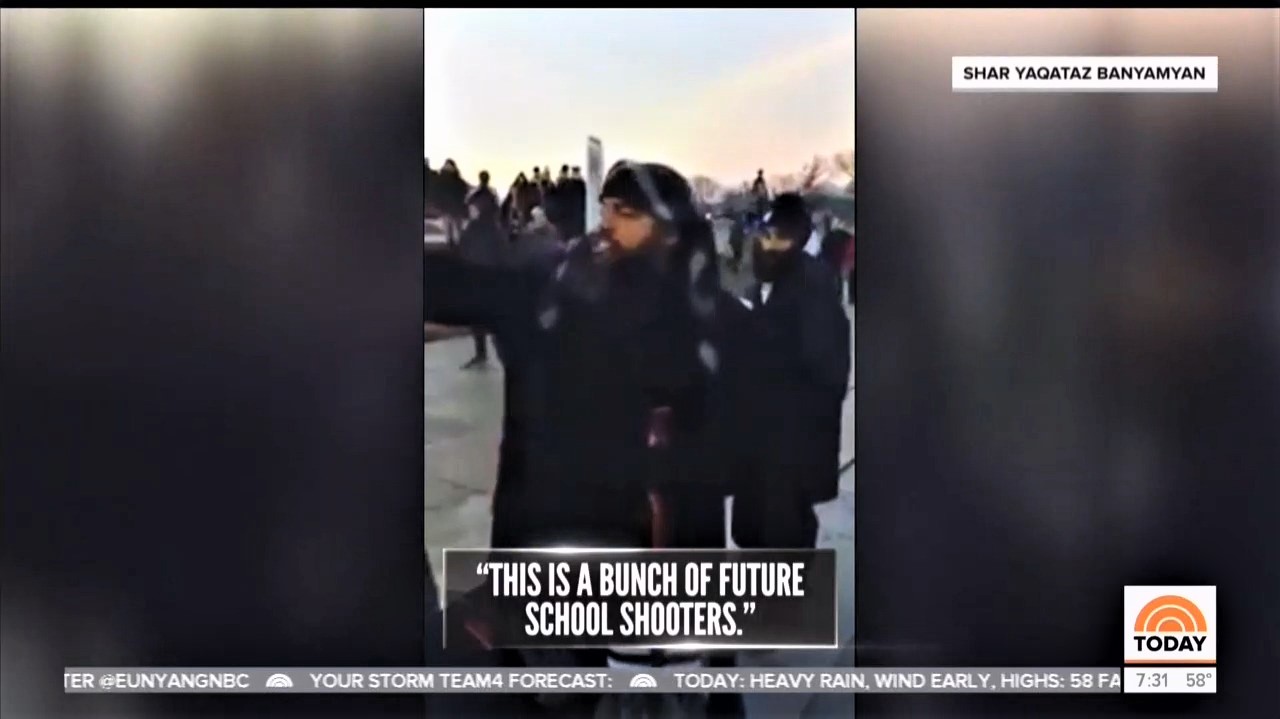 They are sidewalk ministers who use confrontation as their gospel.

Hebrew Israelites practice a theology that says God’s chosen ones -- black, Hispanic and Native American people -- have strayed and need to be led back to righteousness.

So they post up on street corners in big cities, usually in predominantly black communities, wearing flashy garb -- purple shirts or black robes, for instance. They shout, use blunt and sometimes offensive language, and gamely engage in arguments aimed at drawing listeners near.

For the Hebrew Israelites, it was a divine opportunity. Ordinarily, those approached by the group quickly rush by. Though they have been name-checked by Kendrick Lamar in a rap called “Yah,” they have also been denounced by others as a hate group. Provocation is their outreach method of choice. And provoke they did.

If their interaction with the Catholic students seemed like an expression of bigotry toward white people, some of their most vile language is reserved for black people in the communities where they preach.

Whatever tensions are sparked by Hebrew Israelite teaching, some adherents chalk that up to people being unwilling to accept uncomfortable doctrine.

Eligon noted that the Southern Poverty Law Center categorizes the Hebrew Israelite groups as hate groups, but still managed to blame President Trump for the behavior of a cult that long predates his presidency.

The number of black nationalist groups has been increasing in response to President Trump, said Heidi Beirich, who oversees the center’s tracking of hate groups. These groups are able to use things like the president’s disparaging remarks about predominantly black countries and his abandonment of civil rights reforms to recruit new members, she said....

That is not necessarily a radical idea for many black people. But Ms. Beirich said that groups like Hebrew Israelites were also anti-gay, anti-white and anti-Semitic. They believe that they are the actual descendants of Israelites in the Bible, not white Jews.

Eligion graded the Hebrew Israelites on the most generous possible curve:

Even though their style might be intimidating, Ms. Beirich said that Hebrew Israelites did not have a history of violence.

He ended with blaming the kids for wearing hats supporting the sitting president to the nation's capital, which actually sounds like a pretty mainstream act.

To many black people, Hebrew Israelites are a harmless part of their communities, said Todd Boyd, a professor of race and pop culture at the University of Southern California in Los Angeles, one of many cities where the group can be seen working the streets. More alarming to many African Americans, he said, is “seeing a white guy in a ‘Make America Great Again’ hat.”

Covington Catholic student Nick Sandmann said he felt threatened by the Hebrew Israelites. But for black people, there is something much more alarming: "Seeing a white guy in a ‘Make America Great Again’ hat" @DrToddBoyd told me.