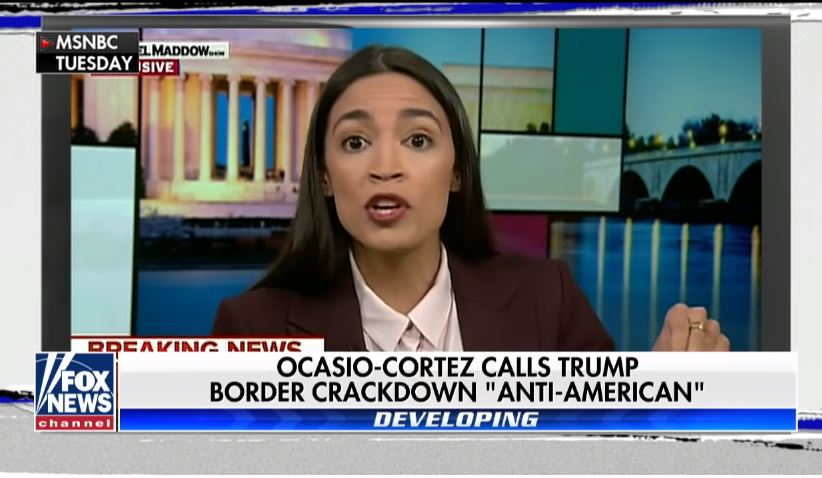 Levitz excused the verbal missteps in the name of a higher progressive morality while cheerfully dismissing the vaunted media “fact checking” that was until last week so vital in keeping the Donald Trump administration in line. Now, after some modest media pushback on some of Ocasio-Cortez’s wackier claims, especially in the Washington Post, fact checking is suddenly unfair to the left.

Levitz led with her “innocent mistake” regarding an article on Pentagon accounting errors she read in the hard-left Nation. He spun mightily on her behalf.

Confronted with her month-old mistake, Ocasio-Cortez replied, “If people want to really blow up one figure here or one word there, I would argue that they’re missing the forest for the trees. I think that there’s a lot of people more concerned about being precisely, factually, and semantically correct than about being morally right.” In the 24 hours after her interview aired, the congresswoman argued that it was unclear what standards fact-checkers use when determining which truths and falsehoods to spotlight -- and thus, absent good discretion, fact-checkers could actually bias public discourse by drawing disproportionate attention to progressives’ misstatements.

That’s pretty rich, given the well-known anti-conservative bias of mainstream media fact-checkers, from the Washington Post to the New York Times to the infamous Politifact.

Throughout these remarks, the congresswoman repeatedly stipulated that factual accuracy was “absolutely important.” On Tuesday, she thanked Politifact for the “work that you do.”

After weighing the points on each side, Levitz concluded that fact-checking was dangerous because it could “reflect the ideological biases of the ‘objective’ press.” He is of course absolutely right as far as that goes. The problem is, Levitz somehow looks at the New York Times, the Washington Post, the networks, CNN and MSNBC and sees a media biased against the left, not the right.

And yet, Ocasio-Cortez’s critiques of “fact check” journalism are also valid. The nonpartisan political media does often obscure the moral stakes of policy debates beneath semantical nitpicking. And which truths and falsehoods the mainstream press chooses to spotlight -- and which it leaves unscrutinized -- does reflect the ideological biases of the “objective” press.

To appreciate the former point, consider this critique of Ocasio-Cortez from Washington Post columnist (and newly minted champion of the “vital center”) Max Boot:

Boot has morphed into a stereotypical Republican-bashing “sensible centrist,” and is gaining predictable sudden respect among liberals. But Levitz went after him for his jab from the right at AOC. He quoted Boot, quoting Ocasio-Cortez’s “mystifying” sentence: “Why aren’t we incorporating the cost of all the funeral expenses of those who died because they can’t afford access to health care? That is part of the cost of our system.”

Reading Ocasio-Cortez’s quote in isolation, one could conclude that the congresswoman has a wild misconception about the percentage of annual GDP that goes toward the funeral expenses of Americans who died from curable illnesses as a result of lacking affordable health insurance...

But then he reached back several months to give her the benefit of every possible doubt:

Context lends credence to the latter interpretation. Here is Ocasio-Cortez making the case for Medicare for All to CNN’s Chris Cuomo back in August...

....It seems reasonable to assume that when Ocasio-Cortez invoked “funeral expenses” on CNN, she intended to highlight these human costs (as opposed to runaway inflation in the coffin sector), while subtly mocking the idea that access to (what she believes to be) a human right should hinge on economistic, cost-benefit analyses. Alas, Boot was too concerned with Ocasio-Cortez’s semantic correctness to discern that her point might not be entirely literal, and that there might be a moral component to her argument.

After a long discussion of Rep. Bernie Sanders’ budget-busting “Medicare for All” plan, Levitz argued the far left had won so many political arguments, they should get the benefit of the doubt going forward. In May 2018, Levitz similarly argued there was no point of debating conservative arguments since they’ve been proven wrong already.

Near the end he suggested the New York Times was wrong to call Republican Sen. Susan Collins one of the Senate’s “most moderate members” because she backed the “far-right fringe” idea of Trump’s tax cuts. Then he posed a would-be stumper:

Ask yourself: Would the sum of total mainstream political coverage lead one to believe that Susan Collins is more committed to realism, ideological moderation, and evidenced-based policymaking than Alexandria Ocasio-Cortez is? And if so, might the latter have cause for questioning the objectivity of the “objective” media?

Perhaps because Collins’ lifetime ideological rating from the American Conservative Union is indeed a moderate 45? And that Alexandria Ocasio-Cortez has no legislative record yet but is a self-proclaimed Democratic Socialist who favors trillions of dollars in federal spending and a huge tax increase on “the rich”?