How NUTS Is the Latest From NYT’s Paul Krugman? This Nuts 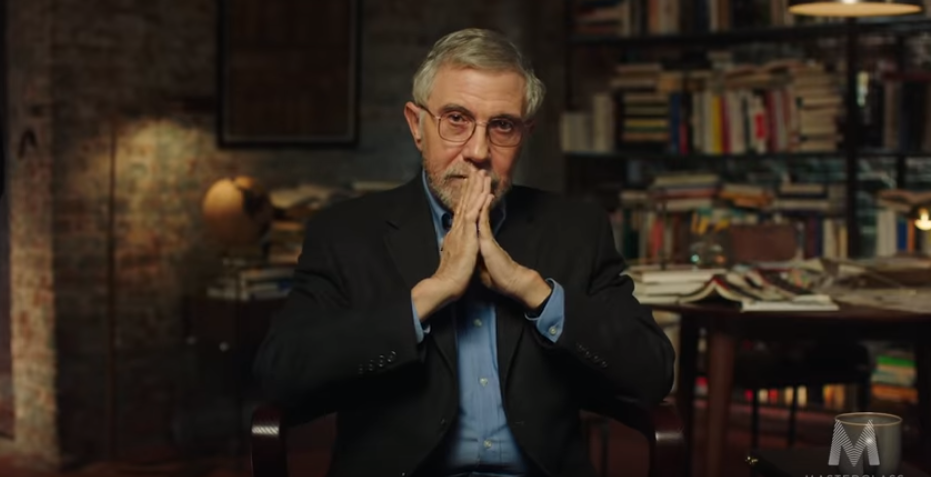 New York Times columnist Paul Krugman was at his old “authoritarian” tricks again in “Conservatism’s Monstrous Endgame” on Tuesday. The text box: “Apparatchiks are corroding the foundations of democracy.” Oh, here we go. Time to panic.

Democracy has been dying quite a while in Krugland, yet he still manages to have a prominent platform on the opinion page of the nation’s most influential paper.

He started by excoriating a judge, or as he termed it, “a partisan Republican judge known for ‘weaponizing’ his judicial power” that the Affordable Care Act was unconstitutional. Krugman assured readers that “Legal experts from both right and left ridiculed his reasoning and described his ruling as “raw political activism.”

But don’t be too sure that his sabotage will be overturned. O’Connor’s abuse of power may be unusually crude, but that sort of behavior is becoming increasingly common. And it’s not just health care, nor is it just the courts. What Nancy Pelosi called the “monstrous endgame” of the Republican assault on health care is just the leading edge of an attack on multiple fronts, as the G.O.P. tries to overturn the will of the voters and undermine democracy in general.

In his telling, federal agencies can’t be reformed or ever scaled back; that amounts to sabotage.

But as I said, it’s not just the courts. Even as Trump and his allies spin fantasies about sabotage by the “deep state,” the reality is that a growing number of positions in government agencies are being occupied by right-wing partisans who care nothing, or actively oppose, their agencies’ missions. The Environmental Protection Agency is now run by people who don’t want to protect the environment, Health and Human Services by people who want to deny Americans health care.

Then Krugman let loose some whoppers about the 2016 election, or at least those races where Democrats didn’t get everything to go their way.

So how do people who think and behave this way respond when the public rejects their agenda? They attempt to use their power to overrule the democratic process. When Democrats threaten to win elections, they rig the voting process, as they did in Georgia. When Democrats win despite election rigging, they strip the offices Democrats win of power, as they did in Wisconsin. When Democratic policies prevail despite all of that, they use apparatchik-stuffed courts to strike down legislation on the flimsiest of grounds.

Krugman really loves “apparatchik.” Justice Kavanaugh is one as well, as Krugman informed us back in September:

Back to Tuesday's column:

As David Frum, the author of “Trumpocracy,” warned a year ago: “If conservatives become convinced that they cannot win democratically, they will not abandon conservatism. They will reject democracy.” That’s happening as we speak.

So Pelosi was right about Reed O’Connor’s ruling being a symptom of a “monstrous endgame,” but the game in question isn’t just about perpetuating the assault on health care, it’s about assaulting democracy in general. And the current state of the endgame is probably just the beginning; the worst, I fear, is yet to come.

One can be confident that Krugman doesn't think liberal activist judges who rule against pro-lifers, or against Trump on immigration or travel bans, are "assaulting democracy." Only this judge is.

Krugman risks people tuning out of his continual predictions of the imminent demise of democracy in America, while democracy stubbornly continues to exist. On October 9 he rehashed his tired old line about “The Paranoid Style in G.O.P. Politics.” The text box read “Republicans are an authoritarian regime in waiting.” The last paragraph delivered a scathing scolding: “Well, think of what Trump and his party might do if they retain both houses of Congress in the coming election. If you aren’t terrified of where we might be in the very near future, you aren’t paying attention.”

He took the historical fascist angle in August 28’s “Why It Can Happen Here.” The text box: “We’re very close to becoming another Poland or Hungary.”