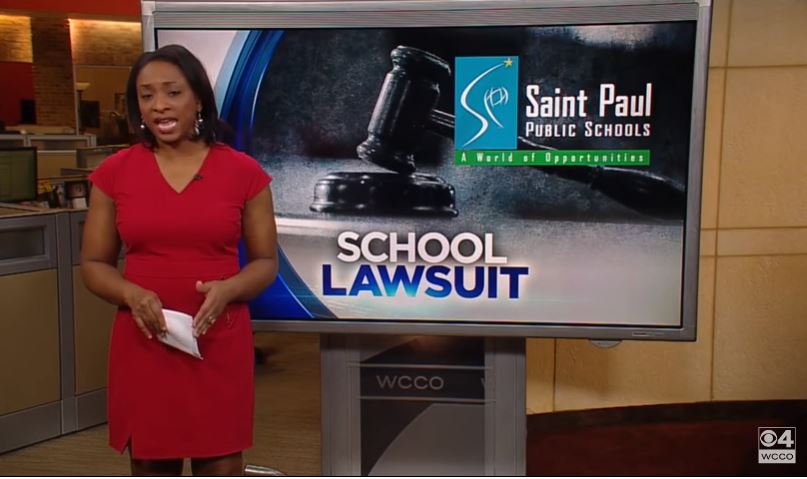 The front page of Tuesday’s New York Times focused on the Trump administration “planning to roll back Obama-era policies aimed at ensuring that minority children are not unfairly disciplined, arguing that the efforts have eased up on punishment and contributed to rising violence in the nation’s schools.”

Reporters Erica Green and Katie Benner don’t seem to approve of the move, though they at least made a stronger attempt at balance than the headline writer did: "Trump’s Parkland Inquiry Shifts To Attack on an Obama Legacy.” The inside-page headline: “Trump Parkland Panel Attacks Obama Policy On Race and Schools.”

The decision culminates a nearly yearlong effort begun by the Trump administration after the massacre at Marjory Stoneman Douglas High School in Parkland, Fla. The deaths of 17 students and staff members on Feb. 14 prompted lawmakers in both parties to demand tougher gun laws, but after a brief flirtation with gun control, President Trump abandoned that focus and instead empowered a school safety commission, led by Education Secretary Betsy DeVos.

Almost immediately, the commission turned away from guns and instead scrutinized the Obama administration’s school discipline policies, though none of the most high-profile school shootings were perpetrated by black students....

Disability and civil rights advocates will almost certainly denounce the latest policy maneuver. The Obama administration policies were adopted after strong evidence emerged that minority students were receiving more suspensions and tougher punishments than white students for the same or lesser offenses, while disabled students were too quickly being shunted into remedial or special-education programs.

The 2014 Obama policy advised schools on how to dole out discipline in a nondiscriminatory manner and examine education data to look for racial disparities that could flag a federal civil rights violation. Though the guidance is nonbinding, critics have argued that the edict pressured districts to keep suspensions low at the expense of student safety.

In undermining court rulings, the commission said the Obama administration “gave schools a perverse incentive to make discipline rates proportional to enrollment figures, regardless of the appropriateness of discipline for any specific instance of misconduct.”

The Obama-era guidelines were released when federal data showed that black students were three times as likely to be suspended or expelled, and black and Hispanic students made up more than half of the nation’s school-related arrests and referrals. In the nearly half-decade since the guidelines were issued, those numbers have not improved.

Proponents of the guidance argued that it had been an invaluable resource for schools and districts that want to foster a positive school environment and had improved educational outcomes for minority children.

Other educators told Ms. DeVos that they felt powerless to manage bad behavior in their classrooms and were pressured by administrators to turn a blind eye to dangerous incidents.

The Obama-era discipline policy seemed like an unusual target, since the suspect in the Parkland shootings was white, had been expelled from school and had been referred to law enforcement agencies several times. But opponents of the policy seized on the fact that the suspect, Nikolas Cruz, had been part of an alternative discipline program called Promise in Broward County Public Schools. Although the Florida program started a year before the guidance was issued, conservatives, with the backing of Senator Marco Rubio, Republican of Florida, pointed to the program as an example of potentially dangerous policies endorsed by the Obama administration.

The reporters concluded with a cheap parting shot:

On how the Obama-era discipline guidelines might have led to the Parkland shooting, the draft report was silent.

The story was a missed opportunity, with Green failing to recount her own previous coverage (slanted though it was) on the St. Paul, Minnesota school system and its harrowing experience of violent disorder after trying to install "racial equity" in school discipline, a scandal publicized nationally in the Weekly Standard. Katherine Kersten wrote:

The greatest victims of "equity" rules are the disproportionately poor and minority students who must struggle to learn in increasingly chaotic classrooms....a 2014 study in the Journal of Criminal Justice -- which utilized a large national data set and was one of the first to assess student misbehavior longitudinally -- found that ‘the racial gap in suspensions was completely accounted for by a measure of the prior problem behavior of the student.’”