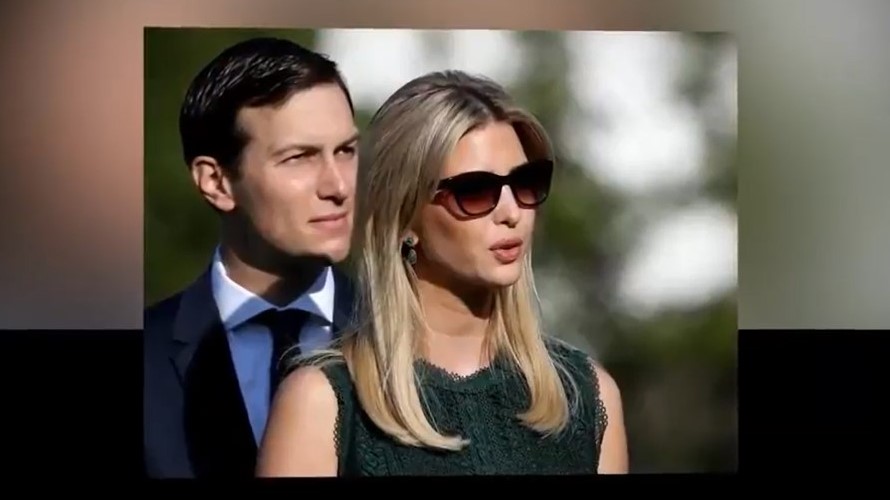 The New York Times sank into an ugly ethnic and religious controversy in its Sunday Styles story on American Jewish reaction to the politically powerful couple of Jared Kushner and Ivanka Trump, a take many found offensive: “But Are They Good for the Jews?”

That question is a traditional one in the Jewish community, but using it as a headline underlined the offensiveness of the article, which pondered if this Jewish couple should be anathema to the larger Jewish community.

The article was written by Amy Chozick and Hannah Seligson; Chozick wrote Chasing Hillary, a fawning book about her experience on the campaign beat with the Methodist "Saint Hillary."

The story's spin was all too clear, as an inappropriate anti-Trump rant by a movie producer was spun as brave free speech against a raucous mob.

On election night in Beverly Hills, Jason Blum, the hot shot horror-movie producer, was accepting an award at the Israel Film Festival. The polls in a string of midterm contests were closing, and Mr. Blum, a vocal critic of President Trump, was talking about how much was at stake.

“The past two years have been hard for all of us who cherish the freedoms we enjoy as citizens of this country,” Mr. Blum said.

That’s when the crowd of mostly Jewish producers and power brokers started to chant, “We like Trump!” An Israeli man stepped onto the stage to try to pull Mr. Blum away from the microphone as the crowd at the Saban Theater Steve Tisch Cinema Center cheered.

As you can see from this auditorium, it’s the end of civil discourse,” Mr. Blum said, as security rushed the stage to help him. “Thanks to our president, anti-Semitism is on the rise.”

In the weeks after a gunman killed 11 people at the Tree of Life Synagogue in Pittsburgh, in one of the most horrific acts of anti-Semitism in years, debates about the president’s role in stoking extremism have roiled American Jews -- and forced an uncomfortable reckoning between Mr. Trump’s rhetoric and his daughter and son-in-law’s Jewish faith.

Rabbis and Jewish leaders have raged on Twitter and in op-eds, in sermons and over shabbat dinners, over how to reconcile the paradox of Jared Kushner, the descendant of Holocaust survivors, and Ivanka Trump, who converted to Judaism to marry Mr. Kushner.

To some Jews, the couple serves as a bulwark pushing the Trump administration toward pro-Israel policies, most notably the decision to move the U.S. embassy from Tel Aviv to Jerusalem. To many others, they are the wolves in sheep’s clothing, allowing Mr. Trump to brush aside criticism that his words have fueled the uptick in violent attacks against Jews.

We can only imagine how the media would react if President Trump asked on Twitter if the Sulzberger family (owners of The New York Times) was "good for the Jews." They continued:

Using the couple in this way has unnerved many Jews who oppose the president and say Mr. Kushner and Ms. Trump violated the sacred, if sometimes unspoken, communal code that mandates Jews take care of each other during times of struggle....

As Jews retreat from membership to reform synagogues, historically made up of political liberals who were at the forefront of the fight for Civil Rights and other progressive issues, Chabad-Lubavitch, the Orthodox Hasidic group with which Mr. Kushner is affiliated, has become a rapidly-growing Jewish movement. The growth of Chabad correlates with fierce divisions about the Israeli-Palestinian conflict and a small but growing contingent of American Jews who prioritize Israel above any other political or social issue.

That embrace has only exacerbated tensions with secular Jews who overwhelmingly vote Democratic and oppose Mr. Trump. According to a 2018 survey by the American Jewish Committee, 41 percent of Jews said they strongly disagree with Mr. Trump’s handling of U.S.-Israeli relations and 71 percent had an overall unfavorable opinion of Mr. Trump....

“To wave a flag and say ‘Oh, he’s obviously pro-Jewish because he moved the embassy’ just absolutely ignores what we know to be a deeply alarming rise of anti-Semitism and all sorts of dog-whistling and enabling of the alt-right,” said Andy Bachman, a prominent progressive rabbi in New York.

But is that where the anti-Semitism is coming from? Liberal Times local columnist Ginia Bellafante pointed out in October that “During the past 22 months, not one person caught or identified as the aggressor in an anti-Semitic hate crime has been associated with a far right-wing group....”

John Podhoretz of Commentary magazine disparaged the paper's "decision to run a story questioning Jared Kushner's acceptability as a Jew....”