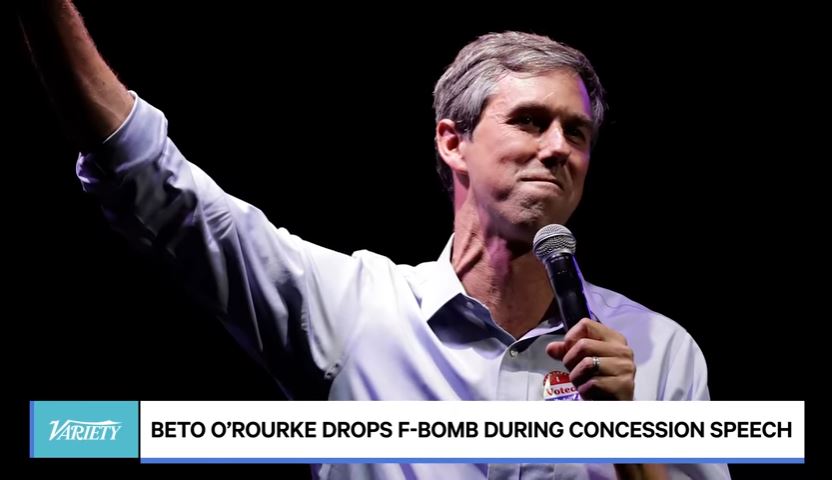 Mr. Cruz’s narrow victory did more than dash Democratic hopes that the party could capture a Senate seat in Texas for the first time since 1988. It promised to restore Mr. Cruz’s standing as a far-right force in American politics, after many leaders in his own party questioned whether he was likable enough to run successfully against a candidate like Mr. O’Rourke, an El Paso congressman known for his charisma.

His back-and-forth with the president made Mr. Cruz unappealing to many Texans, and allowed Mr. O’Rourke to attract some votes from Republicans -- but ultimately, not enough to change the course of the election. And it was clear that many voters believed the narrative that Mr. Cruz had hammered away at -- that Mr. O’Rourke was too liberal for Texas on many issues, including the border, health care, taxes and gun rights.

Then came the excuses and rationalizations on behalf of the Democrats, who poured $70 million into a race (much of it from outside the state) and still came up empty, and without any of the usual liberal lamentation about the corrosive effect of money in politics from the liberal Times.

By Thursday, Fernandez had regained some hope, hewing to Democratic talking points by proclaiming Beto O’Rourke the moral victor in “Texas Looks Less Daunting to Democrats After Narrow Loss to Cruz – O’Rourke’s Efforts Lift Party In Other Faces Across State.” The article was graced with a sentiment-inspiring photo of O’Rourke and his wife hugging: An amazing package for a losing candidate. It’s clear the Times doesn’t want to give up on the charismatic liberal Texan just yet.

Texas didn’t turn blue Tuesday night. It didn’t turn purple. But it is pinker now -- largely because of Beto O’Rourke.

Mr. O’Rourke lost on Tuesday by the narrowest margin in years for a Democrat running for statewide office. His Republican opponent, Senator Ted Cruz, won by a little more than two percentage points -- a difference of about 200,000 votes, according to state elections data. So even Mr. O’Rourke’s defeat had tinges of victory for Democrats, helping to rekindle a notion that many had believed was years away from reviving in Texas: the two-party state.

He focused on one Texas county, traditionally conservative, which was a squeaker for Cruz this time, and made it sound like a crushing defeat for the winning Republican.

....Post-election on Wednesday, there wasn’t much celebrating going on at the headquarters of the Tarrant County Republican Party, in a nondescript industrial office complex in Fort Worth. The chairman, Darl Easton, a retired Air Force officer, sat at a large desk, empty except for a laptop and a red MAGA hat.....Afterward, he seemed determined to put a good face on things.

There were more insults of conservative Cruz.

Mr. Cruz built his reputation as an anti-incumbent insurgent who seemed to relish being feared, hated and respected rather than adored. His victory seemed a vindication not only of his willingness to embrace President Trump, but of his attack-dog brand.

Republicans have long claimed the pop culture of Texas as their own -- the barbecue joints and country music stars and pickup trucks. Mr. O’Rourke embraced those Texas symbols and reclaimed them for Democrats, jamming with Willie Nelson, steering his San Antonio-built Toyota pickup truck through rural Texas and air-drumming post-debate in the drive-through lane at Whataburger. It used to be an awkward counterculture stretch to be a Texas Democrat. He made it cool.

Could even bigger things also be in store for Mr. O’Rourke? He is that rare Texas Democrat whom even Republicans generally have nice things to say about....