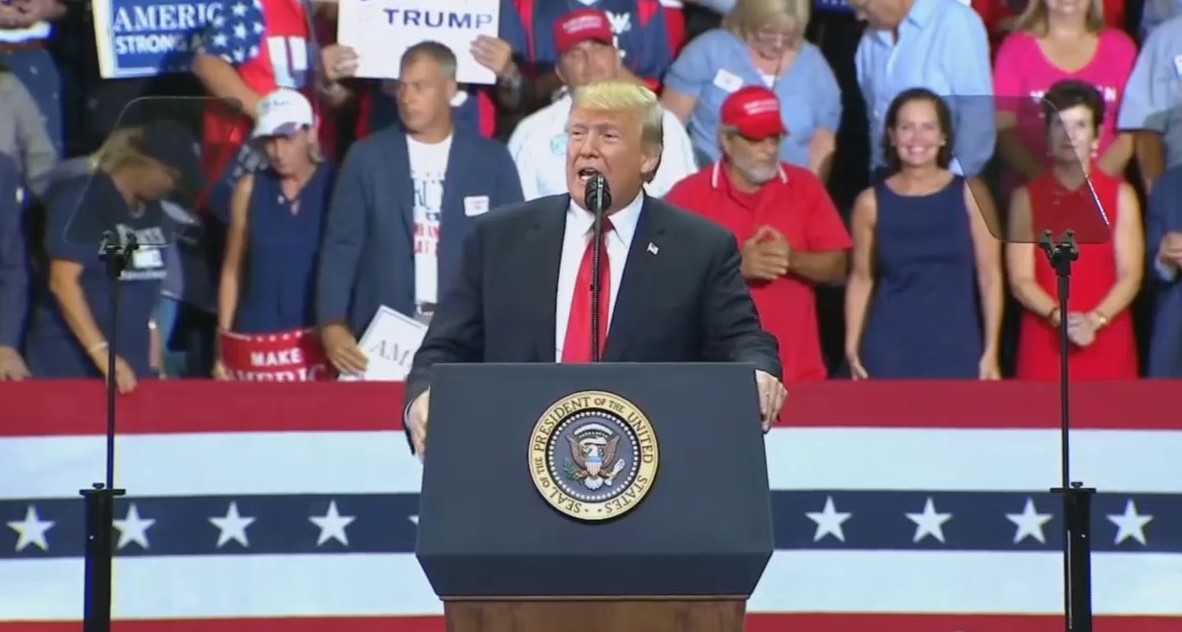 On Wednesday, minutes after President Trump posted an incendiary campaign ad falsely accusing Democrats of flooding the country with murderous illegal immigrants, virulent racists on an online message board erupted in celebration.

These posts, which appeared on the politics forum of 4chan, an online message board known for hosting extreme speech and graphic imagery, were not a one-off. In recent weeks, as Mr. Trump and his allies have waged a fear-based campaign to drive Republican voters to the polls for the midterm elections on Tuesday, far-right internet communities have been buoyed as their once-fringe views have been given oxygen by prominent Republicans.

These activists cheered when Mr. Trump suggested that the Jewish billionaire George Soros could be secretly funding a caravan of Latin American migrants -- a dog-whistle reference to an anti-Semitic conspiracy theory that has been advanced by neo-Nazis and white nationalists for years. They roared their approval when Mr. Trump began stirring up fears of angry, violent left-wing mobs, another far-right boogeyman....

Violent left-wing mobs aren’t a made-up “boogeyman” but an all too real phenomenon, even if the Times chooses to ignore their existence.

It is difficult to quantify how many right-wing extremists exist in America -- many operate anonymously or pseudonymously online, and few real-world gatherings take place. But some private channels for neo-Nazis and other extremist groups have thousands of members, and more mainstream right-wing spaces -- such as a pro-Trump Reddit forum, r/the_donald, which has more than 600,000 members -- have amplified extremist messages.

But the Times’ example of “extremist” seemed awfully mainstream.

Last month, users on r/the_donald promoted a slogan -- “jobs, not mobs.” They said the phrase, which has historical roots in right-wing fears of violence by anti-fascist protest groups, would make a good closing argument for Republicans in this year’s midterm elections.

Next, reporter Michael Shear went to West Virginia to mock Trump supporters as trapped in a “presidential bubble,” from his own liberal bubble of snotty smugness: “Trump’s America: Aggrieved and Adoring Voices From Inside the Presidential Bubble -- At rallies, the president’s most fervent supporters look past his falsehoods, racially charged statements and attacks on critics. For his party to win Tuesday, he needs them to turn out in droves."

The actual article quoted verbatim an assortment of Trump supporters, but Shear first sketched out an unbroken chain of Trump-supporting idiocy.

Outside the Trump bubble, the president is fact-checked, scorned, doubted or challenged. His words -- and there are many of them most days -- appear to have lost their ability to persuade moderates and independents. To his critics, Mr. Trump is a liar and a fraud who is cheapening the office he holds and threatening the fabric of the nation’s democracy.

But inside the bubble, it is different. Inside, supporters share Mr. Trump’s view that men are the aggrieved gender. Inside, they vent their fury at Democrats and the news media using the president’s incendiary language. Inside, they harbor Mr. Trump’s conspiracy theories and echo his dark fear of immigrants.

Like Mr. Trump, the president’s most fervent supporters are not swayed by facts they consider inconvenient. Mr. Trump tells them the economy is the best the country has ever had, and they believe him, even if their communities are still struggling. The attacks on Mr. Trump only reinforce what they believe: He is on their side, no matter what.

It's a dangerous stand for a newspaper that dwells in its own liberal media bubble and was shocked and appalled at Trump’s victory in 2016.

And media reporter Jim Rutenberg mocked the ineffectiveness of the “Stand By Your Ad” provision (aka "I approve this message"), before going after the much-maligned ad showing grinning cop-killer Luis Bracamontes, “an undocumented immigrant and convicted murderer.” But Rutenberg was more worried about fact-checking:

As numerous fact checkers have pointed out, the ad is false. Mr. Bracamontes was deported after entering the United States during Bill Clinton’s presidency and came back during the years George W. Bush was president. He was deported once again, only to return and kill two sheriff’s deputies in California in 2014....

There was a trip down “Racist Republican” memory lane, a reminder than the media has blasted every Republican presidential candidate since Ronald Reagan as a racist, which may explain why conservatives have seemed to tune out similar accusations hurled at President Trump.

The video was so demonizing of Latino migrants and so defamatory of Democrats that it took a place alongside the infamous Willie Horton ad that helped George Bush defeat his Democratic opponent, Michael Dukakis, in the 1988 presidential election.