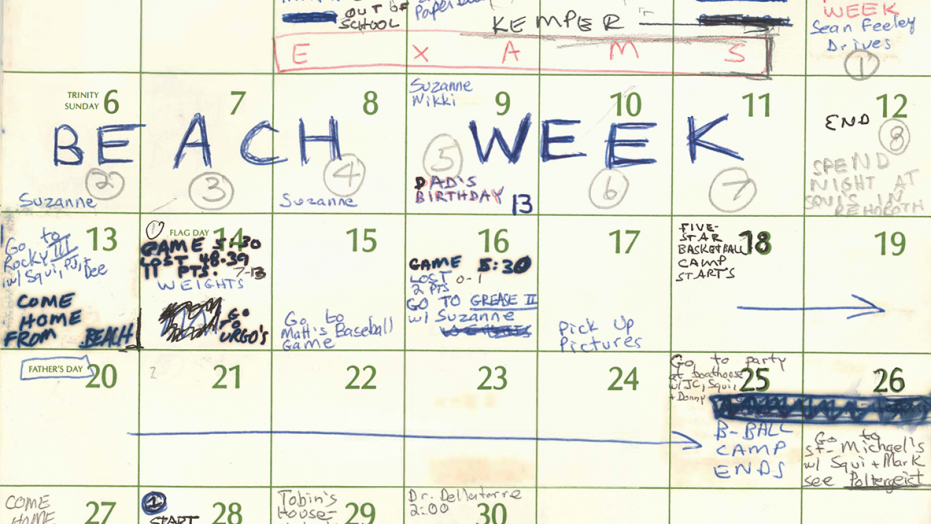 The front page of Thursday’s New York Times featured more sliming of youthful Kavanaugh as a drunk in “An Emerging Portrait of a Student ‘Frequently Unusually Drunk.’” The text box: “Ex-Classmates of Judge Recall Hard Partying.” The top half of the front page featured a picture of Kavanaugh’s famous calendar entry for June 1982, when he was 17.

The jump-page headline snuck in a slimy adjective: “Worrisome Portrait Emerges of a Student ‘Frequently Unusually Drunk.'” The paper's focus has certainly shifted rather far afield from the severe but unsubstantiated charges of sexual assault leveled by Christine Blasey Ford, to Kavanaugh's college drinking days -- an aspect of college life hardly unique to Kavanaugh.

As accusations of sexual impropriety have threatened to upend the confirmation of Judge Brett M. Kavanaugh to the Supreme Court, a common theme has emerged connecting the decades-old alleged incidents: heavy drinking.

Christine Blasey Ford described Judge Kavanaugh as “stumbling drunk” when, as a 17-year-old prep school student in suburban Washington, he allegedly tried to force himself on her during a party in 1982. Then, at an alcohol-fueled gathering during his freshman year at Yale, his former classmate Deborah Ramirez says, Judge Kavanaugh exposed himself to her. He has denied both allegations.

The backdrop to these complaints was a culture of hard partying that permeated certain quarters of high school and college life in the 1980s, when binge drinking among teenagers had reached record levels. No evidence has emerged to indicate that the episodes of drinking ascribed to Judge Kavanaugh back then carried forward into his professional or family life, or that the handful of F.B.I. background checks he has faced in his official Washington career unearthed any red flags about his drinking as an adult.

While his recollections are of harmless partying, interviews with his former classmates turned up less sanguine memories of Judge Kavanaugh and alcohol. While some found Judge Kavanaugh’s college drinking unexceptional, nearly a dozen others said they recalled his indulging in heavy drinking, with some characterizing it as outside the norms of college life....

The allegations of sexual misconduct by Judge Brett M. Kavanaugh from his time in high school, above, and college share a theme: heavy drinking.

In prepared remarks for his expected committee testimony Thursday, Judge Kavanaugh acknowledged having drunk beer with friends in high school, and that “sometimes I had too many.” And in a Fox News interview on Monday, he said things might have happened back then that would make someone “regret or cringe a bit,” but he described them as normal and innocent, and certainly nothing approaching the drunken sexual assault alleged by Dr. Blasey.

She cautioned against the attitude that heavy drinking is “no big deal” and that “boys will be boys.” Excessive drinking is closely tied to incidents of sexual assault, she said, and “that’s why there’s so much concern about college drinking.” She noted that she was not commenting on any accusations against Judge Kavanaugh.

The Times used yearbook quotes, which tend to be annoying arcane and cliquish to outsiders, as a clear window into Kavanaugh's soul:

Judge Kavanaugh’s own comments over the years leave little doubt that heavy drinking was a feature of his youth. On his high school yearbook page from 1983, he labeled himself the Keg City Club treasurer, noting “100 Kegs or Bust,” and the “biggest contributor” to Beach Week Ralph Club, apparently a reference to throwing up.

While an undergrad at Yale, Judge Kavanaugh joined two organizations with reputations for hard partying. One was Delta Kappa Epsilon, a fraternity that several former Yale students described as a magnet for hard-drinking athletes who liked to party and pull pranks. DKE members marched around campus with women’s underwear hanging from poles, and would print T-shirts for a drinking competition called Tang that featured “beer- and sex-inspired witticisms,” according to the Yale student newspaper. Judge Kavanaugh also joined Truth and Courage, a secret society for seniors known largely as a drinking club.

Thursday’s lead story fell under the ominous omnibus headline, “Kavanaugh in Jeopardy As Accusations Multiply Before Senate Face-Off,” and included a text box hyping the importance of the latest unsubstantiated allegation that has somehow worked its way into the liberal press:  “An anonymous letters to a Colorado Senator adds to the frenzy.” Upon inspection, however, the letter looks and reads like a standard crank letter, sent anonymously and with no names of victims featured.