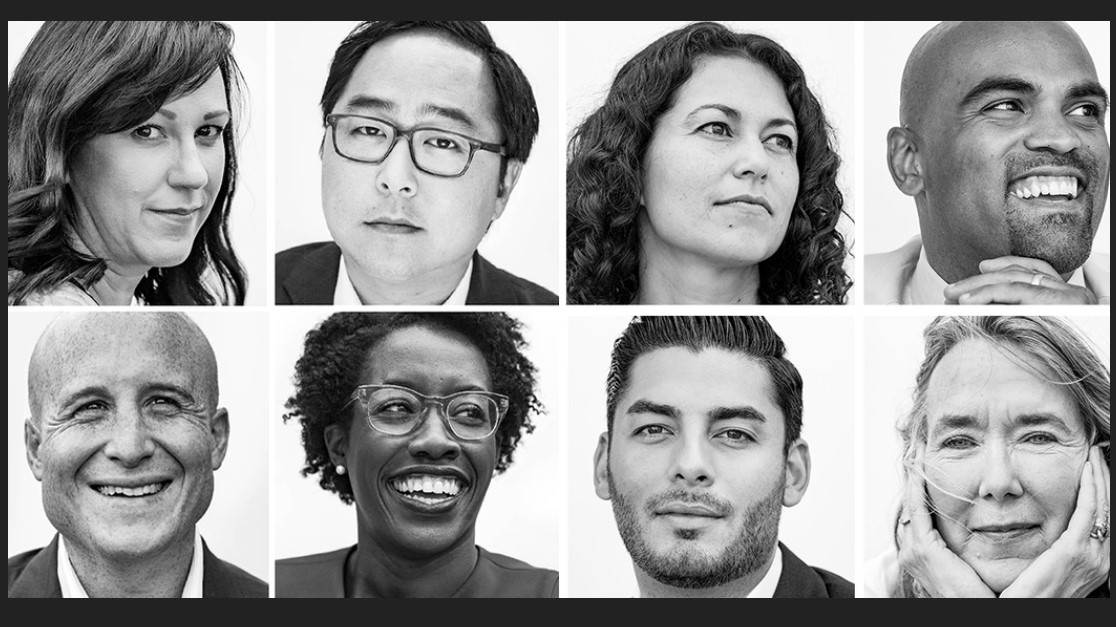 New York Times columnist (and former White House reporter) Frank Bruni again took up the Democratic cause as the mid-terms approach. In April he twice led cheers for Democratic candidates, including Beto O'Rourke.

Now he’s coauthor of a Sunday Review photo essay, “The Faces That Tell The Story of 2018,” flattering 13 lucky first-time Democratic candidates, with text by Bruni and Liriel Higa and photos and audio from Damon Winter. The text box: “Remarkable first-timers spurred by Trump to help Democrats retake the House.”

The unbearable sappiness starts right at the top, with a candidate who is running out of emotional trauma:

Usually you only get to dream about a candidate like Chrissy Houlahan. People in the Philadelphia suburbs actually get to vote for her.

She’s brainy: a bachelor’s degree in industrial engineering from Stanford, a master’s in technology and policy from M.I.T. She’s bold: service in the U.S. Air Force. She has entrepreneurial bona fides from her years as the chief operating officer of an athletic wear company but also had a top job for a group promoting childhood literacy. She’s a wife and mother, with two grown daughters.

So why, at 51, has she set her sights on the House of Representatives, when she never ran for any office before?

The answer is Nov. 8, 2016. To vote for Hillary Clinton, she put on a pantsuit. Her gay daughter wore all white, honoring suffragists. That night they broke out the Champagne. “I thought that history would be made,” Houlahan recalled.

When it wasn’t, her father, a Holocaust survivor, cried, fearing what Donald Trump’s victory could mean for the vulnerable and the powerless. Her daughter panicked about L.G.B.T. people....

There are many ways to measure the urgency with which Democrats are approaching the 2018 midterms but perhaps none better than the mettle, motivations and number -- much larger than in recent congressional elections -- of first-time candidates who have jumped into the fray.

They’re creatures of an atypically tense moment with especially high stakes. They’re mirrors of the anxieties that so many Americans feel. They’re emblems of a yearning for new faces and approaches. They’re the year’s biggest stars and stories.

Family ties don’t hurt when getting the paper’s attention, as shown in the profile of Lauren Underwood, running in Illinois:

When she talked about campaigning as an African-American woman and shrugging off the sexism in particular that she encounters, she invoked Beyoncé and her alter ego. “She steps onstage and she’s Sasha Fierce,” Underwood explained over breakfast at the EggCited Pancake House in Naperville....

Underwood is a registered nurse with a master’s in public health. (Her sister, Lindsey Underwood, is an editor in the Smarter Living section of The Times.) ....

Most if not all of the 13 first-time candidates photographed by Damon Winter of The Times -- a representative sample -- had a specific issue or cluster of issues that propelled them into politics. But the issues themselves varied widely, demonstrating how much in America right now seems damaged or just plain broken.

At the Times headquarters, America has been broken and damaged since the day after the 2016 election.

The liberal paper, which once slimed returning veterans from Iraq as a potential criminal class, now embraces military culture, if it can help Democrats win in November:

Take Mikie Sherrill, the Democratic nominee -- and the favorite to win -- in New Jersey’s 11th District, where the Republican incumbent is retiring. Sherrill, 46, is a former federal prosecutor and before that spent nearly 10 years in the Navy, much of it as a helicopter pilot. She believes that voters value that service.

If that’s true, it’s a promising dynamic for all of the veterans who, as first-time candidates, have won the Democratic nominations in districts with a chance -- in some cases, an excellent one -- of turning blue....

Many odds makers are pessimistic about [Texas candidate M.J.] Hegar, but Democrats see a flicker of hope. A former Air Force officer and Air National Guard helicopter pilot, she sued the Pentagon over its prohibition against women in many ground-combat roles; that ban was subsequently lifted amid mounting legal pressure. She has outsize charm, crazy grit, a terrific story and a knack for telling it. Her memoir, “Shoot Like a Girl,” with a front-cover blurb by John McCain, is in Hollywood development, and Angelina Jolie has indicated interest in starring.