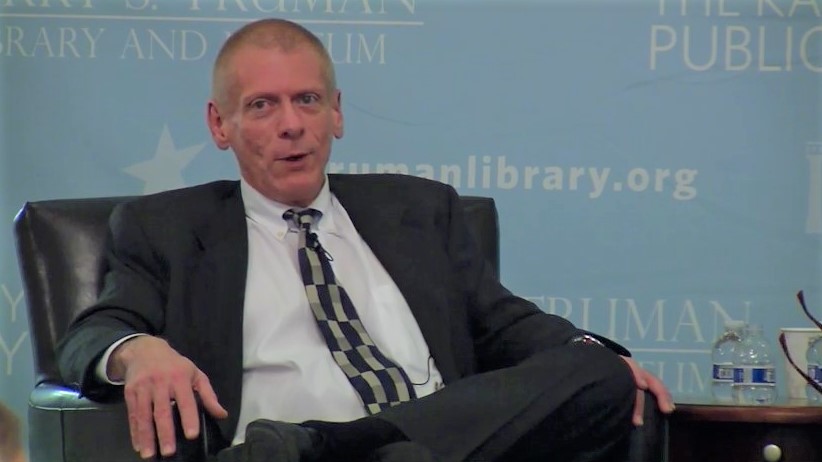 Justin Gillis, former activist and alarmist Times environmental reporter, returned to the opinion page to continue his mission against emissions and to mark the 30th anniversary of NASA scientist and climate scold James Hansen’s jeremiad to Congress on global warming (now repurposed as “climate change”): “He Was Right About The Climate.”

The night before the day that would make him famous, James E. Hansen listened to a baseball game on the radio. But his mind kept wandering: What would he say to Congress the next day to convey that humans were endangering the planet?

He had long been trying to raise the alarm without success, and so had other scientists. But then, on June 23, 1988 -- 30 years ago Saturday -- a Colorado senator named Tim Wirth convened yet another hearing on the topic. Dr. Hansen was one of several scientists on the witness list.

He had conducted rigorous studies of historical temperatures, concluding that the planet was warming sharply. He had helped to pioneer computer modeling of the climate, and the results predicted further warming if people kept pouring greenhouse gases into the atmosphere.

With the perspective of three decades, it is fair to ask: How right was his forecast?

The question defies a simple answer....He did what any cautious forecaster would do: He offered low, medium and high scenarios. The warming over the past 30 years has indeed fallen well within his upper and lower bounds.

That’s a bit of a spin on Gillis’s part, as we'll see later. Gillis was handy with excuses for the shortfalls in Hansen’s vaunted computer modeling.

The bigger problem was that the computers he was using in the 1980s could not operate fast enough to give a realistic picture of the upper atmosphere; as a result, his model was most likely overestimating the Earth’s sensitivity to emissions. In the years since, computer modeling of the climate, though hardly perfect, has improved.

So while his temperature forecast was not flawless, in a larger sense, Dr. Hansen’s 1988 warning has turned out to be entirely on target....

If only we had listened to Hansen’s economy-crippling regulatory voice, and not those free-market “lies.”

If his warning in 1988 had been met with a national policy to reduce emissions, other countries might have followed, and the world would be in much better shape.

But within a few years after he raised the alarm, fossil-fuel interests and libertarian ideologues began financing a campaign of lies about climate research. The issue bogged down in Congress, and to this day that body has taken no action remotely commensurate with the threat.

Gillis accidentally hinted at the truly radical nature of Hansen’s positions, while leaving off his strident past commentary likening coal trains to “death trains....boxcars headed to crematoria,” an offensive comparison to the Nazi genocide of Jews.

Dr. Hansen retired from NASA in 2013, but at age 77, he feels his work is not done. Today, from an office at Columbia University, he spends his time fighting the government he once served. He is an expert witness for a lawsuit that young people have filed in Oregon against the federal government, contending that its failure to tackle climate change is a threat to their constitutional rights of life and liberty.

Pat Michaels and Ryan Maue of the Cato Institute also checked up on Hansen’s predictions and came away rather less impressed than Gillis did.

“On the 30th anniversary of Mr. Hansen’s galvanizing testimony, it’s time to acknowledge that the rapid warming he predicted isn’t happening....Climate researchers and policy makers should adopt the more modest forecasts that are consistent with observed temperatures. That would be a lukewarm policy, consistent with a lukewarming planet.”