Newish New York Times columnist Bret Stephens has disappointed conservatives expecting a non-hostile view of Republicans, but his Saturday column he offered a useful reminder of the left’s traditional embrace of dictatorship, while hopefully embarrassing his Times colleagues by reminding readers of correspondent Walter Duranty’s fake news from the Soviet Union. “Communism Through Rosy Glasses.” The text box: “The left has a way of excusing some horrors and remembering others.” 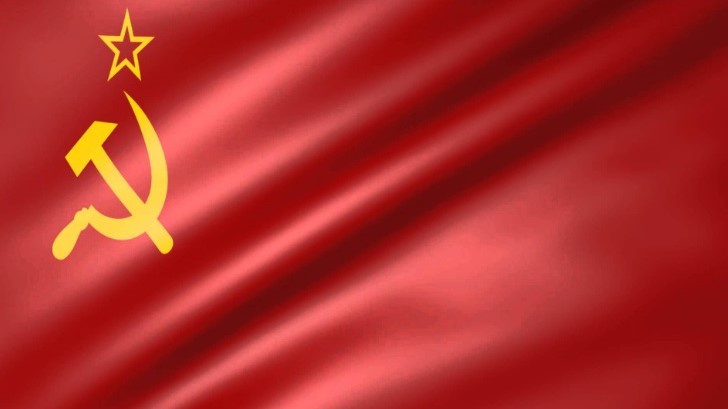 “In the spring of 1932 desperate officials, anxious for their jobs and even their lives, aware that a new famine might be on its way, began to collect grain wherever and however they could. Mass confiscations occurred all across the U.S.S.R. In Ukraine they took on an almost fanatical intensity.”

I am quoting a few lines from “Red Famine,” Anne Applebaum’s brilliant new history of the deliberate policy of mass starvation inflicted on Ukraine by Joseph Stalin in the early 1930s. An estimated five million or more people perished in just a few years. Walter Duranty, The Times’s correspondent in the Soviet Union, insisted the stories of famine were false. He won a Pulitzer Prize in 1932 for reportage the paper later called “completely misleading.”

The Times has still not disowned Duranty’s bloody prize, despite protests of his 19 years of pro-Stalin coverage from Russia.

Stephens drew out the double standard between victims of Fascist and racist dictatorships and that of Communism, which lefties often judge by (non-existent) good intentions.

How many readers, I wonder, are familiar with this history of atrocity and denial, except in a vague way? How many know the name of Lazar Kaganovich, one of Stalin’s principal henchmen in the famine? What about other chapters large and small in the history of Communist horror, from the deportation of the Crimean Tatars to the depredations of Peru’s Shining Path to the Brezhnev-era psychiatric wards that were used to torture and imprison political dissidents?

Why is it that people who know all about the infamous prison on Robben Island in South Africa have never heard of the prison on Cuba’s Isle of Pines? Why is Marxism still taken seriously on college campuses and in the progressive press? Do the same people who rightly demand the removal of Confederate statues ever feel even a shiver of inner revulsion at hipsters in Lenin or Mao T-shirts?

These aren’t original questions. But they’re worth asking because so many of today’s progressives remain in a permanent and dangerous state of semi-denial about the legacy of Communism a century after its birth in Russia.

But they will insist that there is an essential difference between Nazism and Communism -- between race-hatred and class-hatred; Buchenwald and the gulag -- that morally favors the latter. They will attempt to dissociate Communist theory from practice in an effort to acquit the former. They will balance acknowledgment of the repression and mass murder of Communism with references to its “real advances and achievements.”....

Stephens demonstrates the danger of “the left’s fellow-traveling and excuse-making” in Venezuela, “having been cheered along its predictable and unmerry course by the usual progressive suspects.” He even hit left-wing favorite Bernie Sanders, who “captured the heart, if not yet the brain, of the Democratic Party last year by portraying ‘democratic socialism’ as nothing more than an extension of New Deal liberalism.”

He got blunt: “....we still have trouble condemning it as we do equivalent evils. And we treat its sympathizers as romantics and idealists, rather than as the fools, fanatics or cynics they really were and are.”

Stephens was perhaps constrained from mentioning the New York Times recurring and notorious Red Century feature on the 100th anniversary of the Russian Revolution, which appears twice a week online. Red Century is a regular feature of Newsbusters criticism, both for its whitewashing of the horrors of international Communism (Stalinism, Maoism, Castro) and the influence of Communism in America.