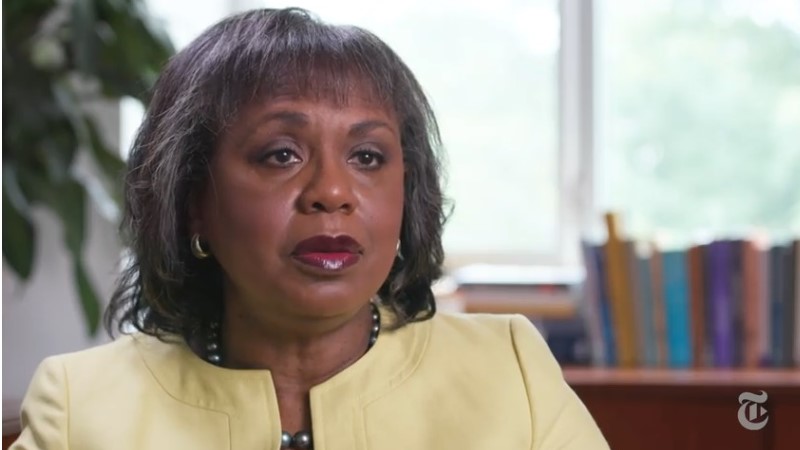 “Do We Believe Women? Nation Takes Fresh Look At Sexual Harassment,” was the headline and the question posed by reporter Clyde Haberman in Wednesday’s New York Times National section. But that promised “look” at harassment in business and politics focused only on one side of the political aisle.

The phrase most commonly used to describe a particularly noxious form of workplace aggression is sexual harassment. But sexual predation is more apt in many instances. What is it, if not predatory, when a male boss abuses his power to demand physical gratification from a female employee?

The problem is age-old. But as is obvious to anyone reading or watching the news, concerns have intensified lately with allegations of serial predation by the moviemaker Harvey Weinstein. He joins a parade of celebrities and business powerhouses accused of treating women as mere pleasure providers: Bill Cosby, Roger A. Ailes, Bill O’Reilly, Uber and Amazon Studios employees, swaths of Silicon Valley -- a quorum of indecency. Not to mention that a man who boasted of grabbing women by the genitalia sits in the White House.

New laws and workplace regulations came to pass in the hope of addressing the problem, yet it persisted. Fast forward to 1991. That was when the lawyer and academician Anita Hill testified before an all-male -- and strikingly unsympathetic -- Senate committee that was holding hearings on the nomination of Clarence Thomas to the United States Supreme Court. Ms. Hill described having been sexually harassed by Justice Thomas when he was her superior at two federal agencies, the Department of Education and the Equal Employment Opportunity Commission. He denied the accusations, and ascended to the court. But Ms. Hill struck a chord that still reverberates.

Haberman’s pieces usually include a video from the paper’s documentary outlet, RetroReport, and Hill starred in that 11-minute video (as well as Fox News anchor Gretchen Carlson). There were zero seconds on the sexual harassment (and assault) allegations against Bill Clinton. The Times video bizarrely repeated Hill's claim that she "wasn't looking for publicity" by starring in nationally televised hearings, and stated against all evidence that "Hill's experience demonstrated the cost of going public." Hill secured a cushy job at Brandeis and a book contract for more than a million.

A quarter of a century later, the Fox News anchor Gretchen Carlson became a new symbol of the issue when she sued the network’s chairman, Mr. Ailes. It was as if nothing had changed through the years. Ms. Carlson said that Mr. Ailes, who died in May, had demanded she have sex with him. Like Justice Thomas, he denied the charges. But the network’s parent company, 21st Century Fox, settled the matter by paying her a reported $20 million. More women at Fox News then stepped forward with allegations of a corporate climate of sexual aggression.

There seems scant reason to expect the Trump administration to play a leading role in tackling the problem....