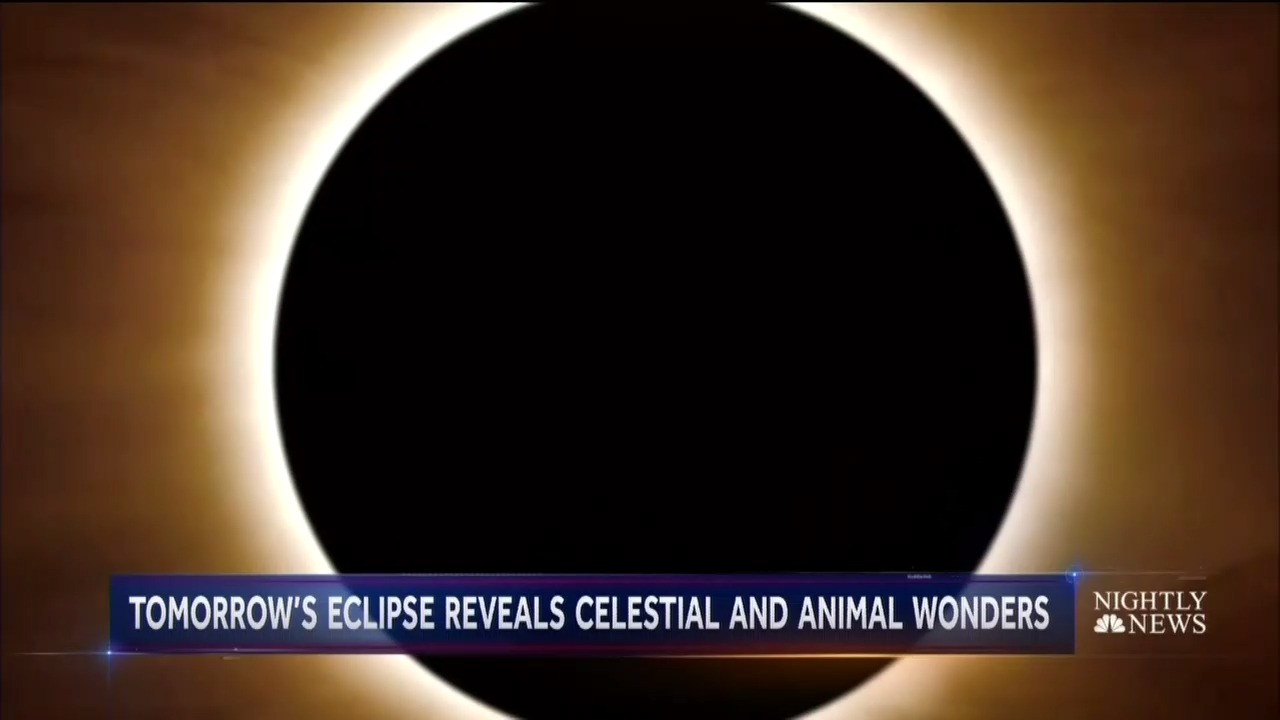 In Sunday’s New York Times, the paper’s most activist environmental reporter Justin Gillis, who has a knack for getting scary yet inaccurate stories on the paper’s front page, delivered a condescending lecture to the effect that if you believe an eclipse will occur on Monday, then you’d better believe everything “science” tells you about “climate change” as well, in “Should You Trust Climate Science? Maybe the Eclipse Is a Clue.” Of course, neither Gillis nor anyone else could tell you for certain whether there will be clouds blocking your view of the eclipse tomorrow, but they’ve got the weather for the next century locked in?

It’s the latest climate change article from the Times evidently written for children.

Straight from the lead, you can see where Gillis is going:

Eclipse mania will peak on Monday, when millions of Americans will upend their lives in response to a scientific prediction.

Thanks to the work of scientists, people will know exactly what time to expect the eclipse. In less entertaining but more important ways, we respond to scientific predictions all the time, even though we have no independent capacity to verify the calculations. We tend to trust scientists.

For years now, atmospheric scientists have been handing us a set of predictions about the likely consequences of our emissions of industrial gases. These forecasts are critically important, because this group of experts sees grave risks to our civilization. And yet, when it comes to reacting to the warnings of climate science, we have done little.

Considering this most basic test of a scientific theory, the test of prediction, climate science has established its validity.

That does not mean it is perfect, nor that every single prediction is correct. While climate scientists have forecast the long-term rise of global temperatures pretty accurately, they have not been as good -- yet -- about predicting the short-term jitters.

In other fields, we do not demand absolute certainty from our scientists, because that is an impossible standard.

When your aging mother is found to have cancer, the recommended treatment will be rooted in a statistical model of how tumors respond to the available medicines. Your family is likely to follow that advice, even though you know the drugs are imperfect and may not save her.

We trust scientific expertise on many issues; it is, after all, the best advice we can get. Yet on climate change, we have largely ignored the scientists’ work. While it is true that we have started to spend money to clean up our emissions, the global response is in no way commensurate with the risks outlined by the experts. Why?

….But a bigger reason is that these changes threaten vested economic interests. Commodity companies benefit from exploiting forests. Fossil-fuel companies, to protect their profits, spent decades throwing up a smoke screen about the risks of climate change.

Most of them now say they have stopped funding climate denial, but they still finance the careers of politicians who say they are skeptical of climate science and who play down the risks.

They tell us that under a worst-case scenario, it might get so hot across large parts of the world that people would be unable to work outdoors without risking death. They tell us that we stand a good chance of causing the sixth mass extinction of plants and animals in the Earth’s history.

Gillis urged his students, er readers, to heed his scientific wisdom and those of climate change alarmists, those modern day Galileos, but with government grant money.

These kinds of forecasts are painful to consider. By contrast, something like a solar eclipse is just fun. But as you watch it on Monday, spare a moment to think about the role of science in society.

Think about Galileo standing in the dock of the Inquisition, forced to recant his belief that the Earth moves around the sun. Legend has it that he whispered under his breath: “And yet it moves.” Think about the centuries of patient effort that followed to work out the precise motions of the solar system, now understood so thoroughly that we can use them to predict eclipses centuries in advance.