The front of the New York Times "Business Day" section on Tuesday featured media reporters Sydney Ember and Michael J. de la Merced's story “Sinclair Will Pay $3.9 Billion For Tribune.” With the imminent sale of Tribune Media to the Sinclair Broadcast Group, the Times has rediscovered a convenient concern for media bias -- conservative media bias, that is. The online headline was more opinionated: “Sinclair Unveils Tribune Deal, Raising Worries It Will Be Too Powerful." 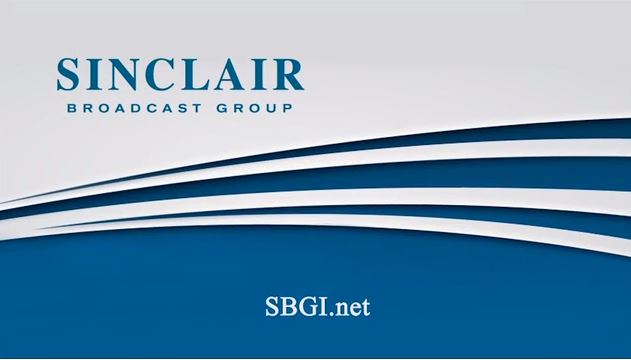 In an era of information saturation, when cable news seems ubiquitous and Twitter posts stream forth uninterrupted, local television still holds a powerful grip on the American consciousness. And the Sinclair Broadcast Group just tightened its grasp.

Already the largest owner of local television stations in the United States, Sinclair said Monday that it had agreed to buy Tribune Media for $3.9 billion, beating out other suitors including Nexstar and 21st Century Fox. With the deal, Sinclair would reach more than 70 percent of American households, with stations in many major markets, including Chicago, Los Angeles and New York, giving it significant heft at a time of increasing consolidation in the industry.

Ember and Merced arrived to the ridiculous concern about conservative media bias in paragraph four:

That has stoked concern about the pitfalls of consolidation, with some pointing out that Sinclair has shown a willingness to use its 173 stations to advance a conservative-leaning agenda.

Opponents of the deal have cited examples like Sinclair’s hiring of Boris Epshteyn, a former spokesman for President Trump, as its chief political analyst and the on-air commentary of Mark Hyman, a former Sinclair executive who provides reliably conservative arguments on dozens of Sinclair stations.

“It’s an incredible amount of power in one company’s hands,” said Craig Aaron, president of Free Press, a consumer advocacy group that has opposed the deal. He added that Sinclair, based in the Baltimore area, had a tendency to “centralize things as much as they can,” saying it produced stories from its headquarters with a clear conservative slant.

Ember was so impressed by Aaron's quote that she used it on her Twitter account to draw eyeballs to the story:

Michael J. Copps, a Democratic commissioner on the Federal Communications Commission from 2001 to 2011 who is now a special adviser to the nonpartisan consumer group Common Cause, called the planned merger “another blow to the diversity of journalism that we should have.”

“It’s symptomatic of what is happening in this market,” he said, “which is fewer and fewer organizations controlling more and more of the information on which our democracy rests.”

Then came the scare paragraph about Bill O'Reilly returning to television, after The New York Times worked so hard to ruin his career:

Sinclair is set to acquire Tribune Media’s 42 stations and its prize asset, WGN America, a network based in Chicago that broadcasts nationwide. Some analysts and executives have speculated about whether Sinclair would repurpose the network to become a rival to Fox News, or possibly become a landing spot for conservative commentators like Bill O’Reilly. When Fox News ousted Mr. O’Reilly amid allegations of sexual harassment, he did not have a noncompete clause in his separation agreement.

“This is about a play to get bigger because the world requires scale,” said Michael Nathanson, a media analyst with MoffettNathanson.

They liked that “scale” idea so much they quoted another person making the same point two paragraphs later, then returned to the conservative-bias theme. Nowhere in the article is the undeniable reality of liberal broadcast news bias broached -- the only concerns about ideology infecting the media appear from the right.

Whether Sinclair uses its expanded reach to push its conservative-leaning views remains to be seen. Any ambitions to do so would face significant hurdles.

For one, television, where ratings beget advertising revenue, is not a forgiving medium for dissatisfaction, several media analysts and specialists said. Because overnight ratings are readily available, Sinclair will know almost instantaneously if its programming is attractive to viewers or driving them -- and advertising dollars -- away.

“If you are not serving the community’s needs, you will know it, and you will know it fast,” said Al Tompkins, a senior faculty member at the [liberal] Poynter Institute. “In television, if you fail to serve, you will pay the price.”

There is also the question of how much Sinclair can shape local programming. It would seem unwise, for instance, for Sinclair to replace scheduled shows on network affiliates with partisan content. Sinclair, however, could tilt the coverage at local stations, as some say it did at WJLA, an ABC affiliate in Washington, D.C., that it bought as part of a 2014 de with Allbritton Communications.

The Washington Post was even more obsessed with the conservative bias angle, as my colleague Tim Graham revealed. The Post's Todd Frankel made the delirious claim that "While partisan coverage is a familiar staple of cable networks -- Fox News on the right, MSNBC on the left -- it remains mostly unheard of in broadcast TV, where it has generally been accepted that public airwaves should be used in the difficult-to-define public interest.”