NYT Critic's Mortifying Tribute to Michelle: Will Teach Us 'How to Live a Meaningful and Expressive' Life 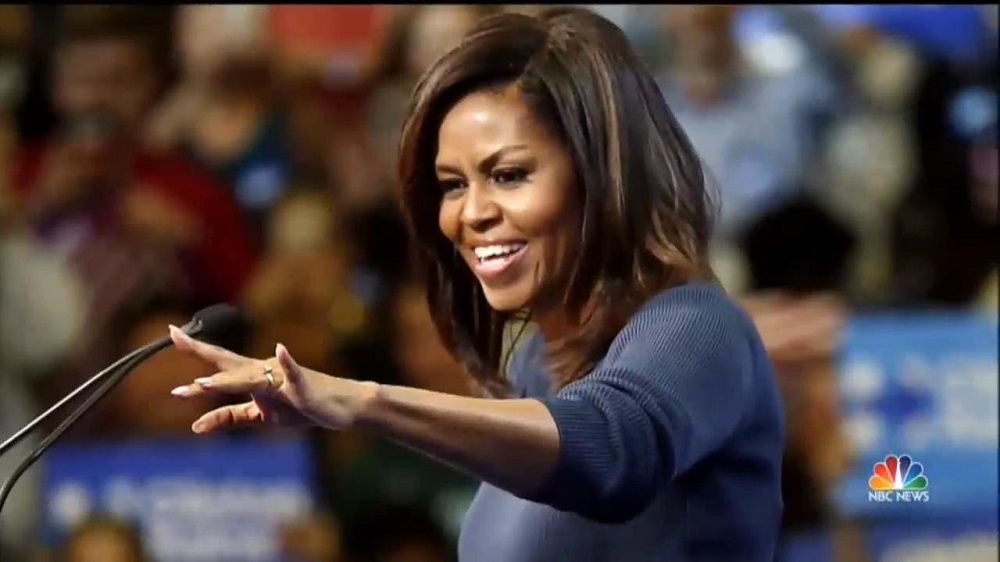 New York Times critic Dwight Garner wrote an embarrassingly florid tribute to first lady Michelle Obama, in the guise of a book review, on the front of Friday’s Arts section: “Eyes on a First Lady Unlike Any Other.” Garner was reviewing the work of 16 equally smitten liberals under “The Meaning of Michelle: 16 Writers on the Iconic First Lady and How Her Journey Inspires Out Own.” He predicted that "She will be watched for lessons in how to speak for certain values, in how to behave, in how to live a meaningful and expressive and nondull life. The most interesting things she has to offer might still be in front of us."

He began by posing the question on everyone's lips:

Who will Americans miss more, Barack or Michelle Obama? He needs her, it’s become clear, the way ivy needs an oak. As this estimable couple shift into private life, others may need her as well, and lonely eyes will increasingly turn in her direction.

Michelle LaVaughn Robinson Obama is all of 52. She has, you suspect, a memoir to write. And after that? Whether or not she ultimately enters politics, her every move will be political in a way it has rarely been for most of this country’s first ladies.

She will be watched for lessons in how to speak for certain values, in how to behave, in how to live a meaningful and expressive and nondull life. The most interesting things she has to offer might still be in front of us.

A new book, “The Meaning of Michelle,” collects essays from 16 writers, many of them African-American women, about what it’s been like to witness Michelle Obama in the White House. “Witness” is the correct word. The first thing most of these writers admit is that they’ve been unable to take their eyes off her.

....Many of the contributors to “The Meaning of Michelle” linger upon Mrs. Obama’s toned upper arms. At least one of them, this book’s editor, Veronica Chambers, admits to waking before 5 a.m. two days a week to try to get guns like that herself.

Tanisha C. Ford, an associate professor at the University of Delaware, considers the political implications of those arms. While Jackie Kennedy also wore sleeveless frocks, she writes, “her milky arms were read as lithe and petite, nonthreatening.”

Conservative pundits found Mrs. Obama’s arms too masculine, Ms. Ford writes, and this fixation allowed them to “have a conversation about the whole of her body and the ways in which it was out of place in the White House.”

Actually the essayists were apparently no less obsessed with Michelle Obama’s body, to an extent that would ordinarily be called objectification.

Several of the writers in “The Meaning of Michelle” assess Mrs. Obama’s initiatives while first lady, especially her work to understand and prevent child obesity. Many seem more impressed by her work as a mother.

Mrs. Obama is compared to many historical and contemporary figures in this book, from Sojourner Truth and Zora Neale Hurston to Beyoncé and Angela Bassett.

The best thing about her, though, nearly all of these writers contend, is that she’s been like no one else at all.