Ignoring All Evidence, NYT’s Leonhardt Whines: ‘Democrats Had a Knife, G.O.P. a Gun’ 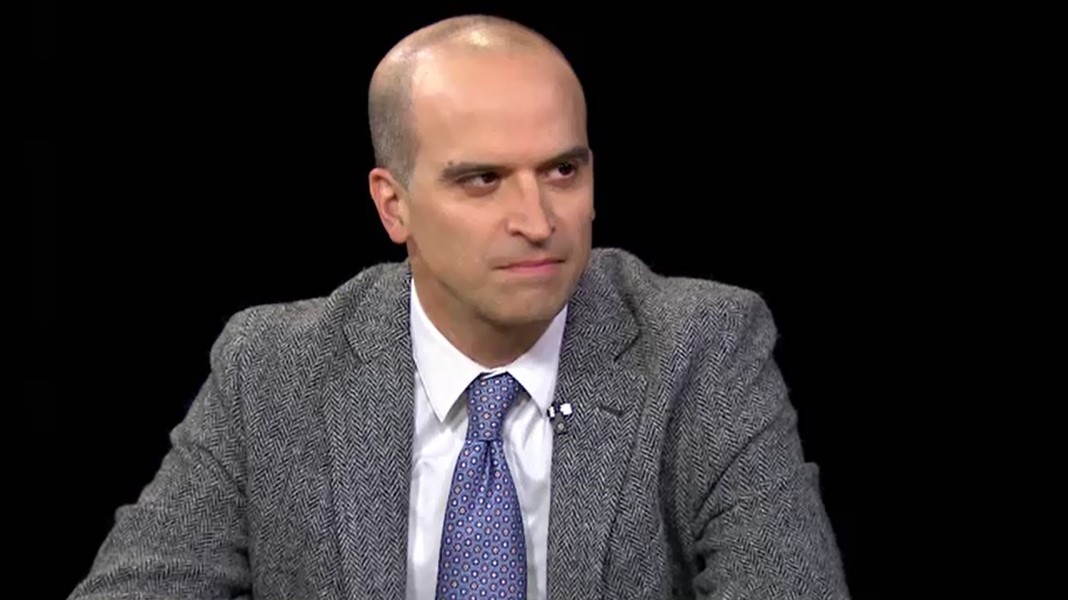 Another version of the liberal media’s self-serving falsehood that Democrats just play too nicely to win the Washington game appeared in Tuesday’s New York Times. David Leonhardt, former Washington bureau chief for the paper, subbed for David Brooks on Tuesday’s opinion page to whine that in the 2016 election cycle, “Democrats Had a Knife, G.O.P. a Gun.”

President Obama and Gov. Pat McCrory of North Carolina don’t agree on many policy questions. But they have found themselves facing a similar political situation this year. And their very different reactions capture the deep -- and alarming -- differences between our two political parties right now.

Both Obama and McCrory essentially had their accomplishments on the ballot. McCrory, a Republican, was running for re-election. Obama wasn’t, but his chosen successor was running against a candidate who had personally demeaned him and promised to repeal his agenda.

As you’d expect, Obama and McCrory each campaigned hard. There, however, the similarities stopped. The differences have played out in three acts.

In the first act, before Election Day, Obama was faced with evidence that Russia was trying to help Donald Trump win. Obama erred on the side of nonpartisan caution, opting not to announce the C.I.A. findings on Russia’s motives. He was willing to use the presidential bully pulpit to criticize Trump, but not the levers of presidential power to disadvantage him.

Or perhaps Obama was pretty sure Trump would lose and decided it was not worth possibly sabotaging his Iran deal?

Meanwhile, Obama -- despite Russia’s interference and Hillary’s Clinton’s popular-vote win -- immediately congratulated Trump and announced “we are now all rooting for his success.”

In sum: McCrory tried to change the election’s rules to help himself; pretended he did not lose afterward; and is ultimately overturning some of the election’s consequences.

Leonhardt managed to completely skip Fourth-party candidate Jill Stein’s selective and expensive and doomed calls for a recount (endorsed by the Democratic Party) solely in the three Midwestern states that carried Trump to victory.

If he were merely a rogue politician, this story would be a local one. But too many Republicans elsewhere have begun to ignore political traditions, and even laws, to exert power. While Democrats continue to play by more genteel rules, Republicans have subscribed to the Capone school of politics (as Sean Connery fans can recite): “They pull a knife, you pull a gun. He sends one of yours to the hospital, you send one of his to the morgue.”

Do those “genteel rules” include the threats send to electors pledged to Donald Trump, or the massive effort (egged on by the Times and other media outlets) to overturn the election results via sabotaging the Electoral College?

Then followed some less than terrifying examples that well within the bounds of politics previously practiced by Democrats.

In several states, Republicans have changed laws to reduce Democratic voter turnout. After Obama’s election, Mitch McConnell rallied Senate Republicans to oppose his policies -- even if Republicans agreed with them! -- to make Obama a failed president. This year, Republicans refused to fill a Supreme Court vacancy.

Meanwhile, the Times has no problem with taking power away from the incoming president, by using an obscure 1953 law to try and permanently ban offshore drilling along the Arctic and Atlantic Seaboard.

Hard as it is, no one should be putting a thumb on the scale to pretend the Republicans’ anti-democratic behavior is normal. I agree with Republicans on some issues, like the value of competition in education and the benefits of two-parent families. But I won’t cheer any ill-gotten gains on those issues.

He concluded of the Democrats: “But the party does need to get tougher.”

Leonhardt was previously spotted trying to calm his fellow “bed-wetting” Democrats that the pre-election tightening of the polls didn’t matter and Hillary was on course to win against “by far the most dangerous nominee in our lifetime.”