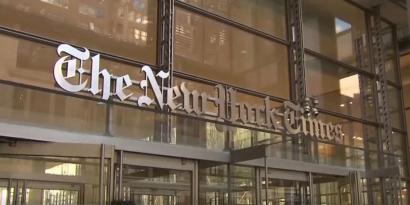 The New York Times had a mediocre Pulitzer Prize haul this week, earning one for Breaking News Photography and one by Alissa Rubin for international reporting for her coverage of the harsh treatment of women and girls in Afghanistan. Among the Times selections that didn’t win the prize for editorial writing (though it made the final three) were a package of gun control editorials.

Mark Hemingway at The Weekly Standard eviscerated one particularly ignorant, wildly hyped Times gun-control editorial in that package, while accusing the Pulitzers of “a pathetic attempt to further burnish the reputation of the New York Times.” Hemingway wrote (links in original) under the headline "New York Times Is Pulitzer Finalist for Wildly Inaccurate Gun Editorials":

Now it would be almost impossible to overstate how dreadful and factually challenged the New York Times's recent coverage of the gun debate has been generally, and specifically how bad the editorializing has been....the fact they ended up a Pulitzer finalist would seem to center on one editorial in particular.

In the wake of the San Bernardino terror shooting, the Times ran a front page editorial on the need for sweeping gun control laws. It was the first front page editorial the Times had written since 1920, when they felt similarly compelled to make a drastic statement about the GOP nomination of Warren G. Harding. And speaking of "unrestrained self-praise," the Times was so proud of their editorial daring that they ran a news article elsewhere in the paper highlighting the fact they just ran a front page editorial. Anyway, the Times article was bold in that it was wildly out of step with what the vast majority of Americans think about banning guns:

It is past time to stop talking about halting the spread of firearms, and instead to reduce their number drastically -- eliminating some large categories of weapons and ammunition. … It is possible to define those guns in a clear and effective way and, yes, it would require Americans who own those kinds of weapons to give them up for the good of their fellow citizens."

As for whether it's "possible to define those guns in a clear and effective way," well, that allegedly simple task proved too much for the Times editorial board. Elsewhere in the editorial they wrote, "Assault weapons were banned for 10 years until Congress, in bipartisan obeisance to the gun lobby, let the law lapse in 2004. As a result, gun manufacturers have been allowed to sell all manner of war weaponry to civilians, including the super destructive .50-caliber sniper rifle, which an 18-year-old can easily buy in many places even where he or she must be 21 to buy a simpler handgun."

The problem here is that bolt action .50-caliber rifles were never banned by the so-called "assault weapons" ban. (And that law had a pretty dubious definition of an "assault weapon" that was easy to circumvent.) So there's a pretty serious factual error. Then in the online version of article, the Times editorial actually linked to a fake news site that falsely claimed California had banned one of the most popular forms of handgun ammunition. 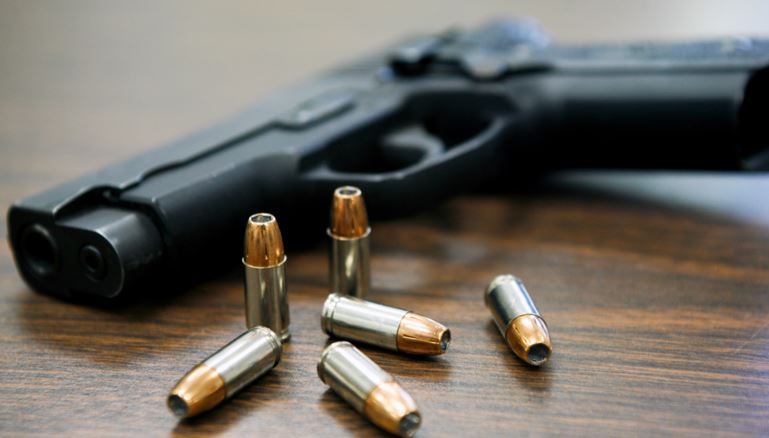 Hemingway also dissected the editorial for hypocritically attacking the GOP for not supporting Obama's proposed ban on gun purchases for people on the "no-fly list." But the terror watch list has many false positives, and Hemingway pointed out that the Times itself editorialized against "'Terror Watch Lists Run Amok'....Yet, a year later the New York Times is editorializing that inclusion on this same list should be grounds for denying constitutionally guaranteed Second Amendment rights."

Hemingway thought the Times was trying to shield Obama by focusing on guns, rather than the December 2015 Islamic terror attack in San Bernardino. Back then Newsbusters also suggested that the Times was using the publicity stunt to change the subject from Islamic terrorism, after 14 were killed and 21 wounded in San Bernardino, Calif. last December.

The paper's December 2015 front-page editorial, titled "The Gun Epidemic," called for new legislation to fight not Islamic terror, but the Second Amendment, calling U.S. gun laws a "national disgrace" in the paper's first front-page editorial since 1920 (as the self-impressed Times informed us). California already has some of the most restrictive gun laws in the nation, but you didn’t read that in the editorial. The Times even dipped its oar into the same slime that its anti-prayer cohorts at the New York Daily News had previously done:

It is a moral outrage and a national disgrace that civilians can legally purchase weapons designed specifically to kill people with brutal speed and efficiency. These are weapons of war, barely modified and deliberately marketed as tools of macho vigilantism and even insurrection. America’s elected leaders offer prayers for gun victims and then, callously and without fear of consequence, reject the most basic restrictions on weapons of mass killing, as they did on Thursday. They distract us with arguments about the word terrorism. Let’s be clear: These spree killings are all, in their own ways, acts of terrorism.

Certain kinds of weapons, like the slightly modified combat rifles used in California, and certain kinds of ammunition, must be outlawed for civilian ownership. It is possible to define those guns in a clear and effective way and, yes, it would require Americans who own those kinds of weapons to give them up for the good of their fellow citizens.