Stephen Colbert Rushes to Defend Ocasio-Cortez From... Herself 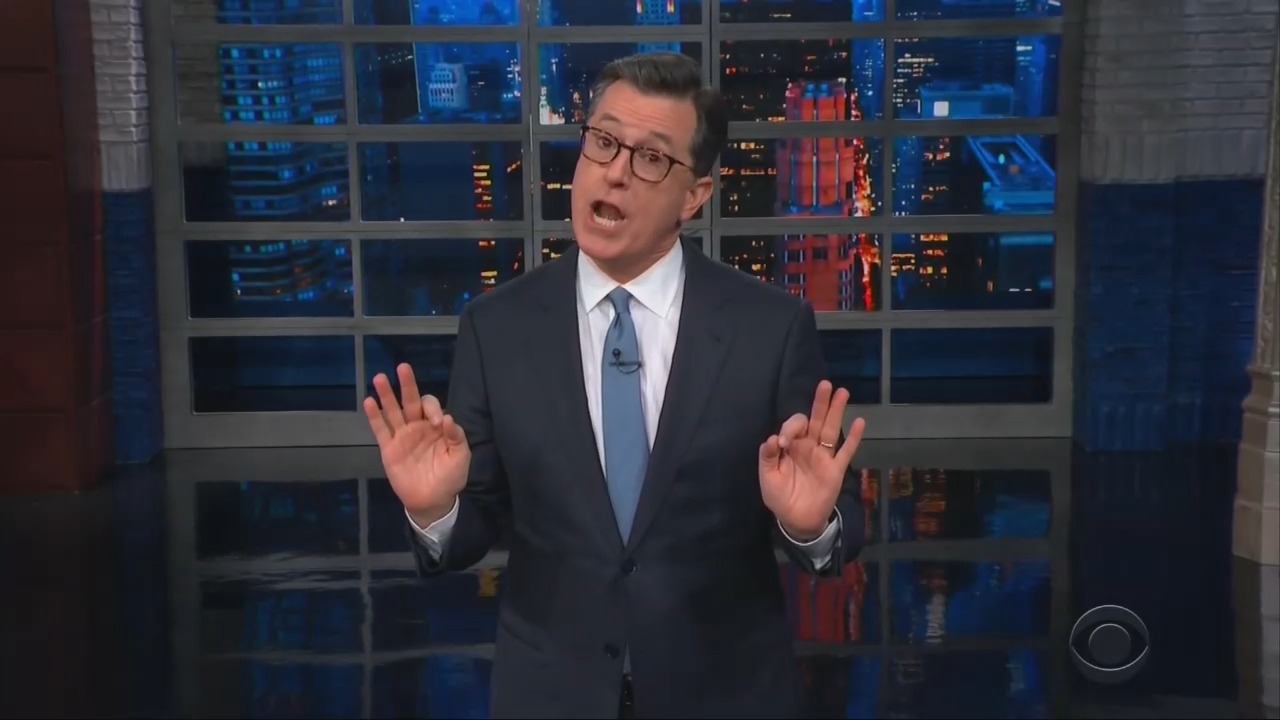 Rep. Alexandria Ocasio-Cortez is the greatest gift to political satirists since a certain Apprentice star hit the scene.

The Democratic Socialist is a gaffe machine, spewing lies and distortions on social media and via interviews. She uses the word “like” more often than Papa Smurf says “Smurf.” That’s not even getting to her signature policy achievement, the Green New Deal.

If comedians ever tire of Trump jokes involving orange skin, huuuuge promises or small hands, she’s the next comedy revolution.

Only the vast majority of comics won’t lay a glove on her. Which brings us to Stephen Colbert.

The Late Show host certainly falls in that category. He’s not peppering his monologues with gags about AOC, as she’s now known. He ignores her gaffes, training most of his firepower on debunked theories and assorted cheap shots.

Colbert still checked in with Ocasio-Cortez recently for a bit he calls, “Just One Question.” He lets a group of random Americans ask one question each of a significant person.

The results were … hard to swallow.

Colbert begins by mocking conservative talkers for attacking the Congresswoman. It’s giggle-snort stuff, except the talkers are simply repeating what she said.

She did wonder if we should stop having kids due to climate change. She did release a FAQ proposal suggesting the end of air travel, fossil fuel engines and, wait for it, cow flatulence.

The audience, likely unaware of all of this, swooned over Colbert’s wit.

Next, we get “Reg’lar Joes and Janes” asking her some tough questions. So she’s in on the bit and willing to play along. That’s fine. We’ve seen similar shtick before, but it typically features celebrities.

Note: It’s called propaganda when it involves politicians and results are this fawning.

Someone asks about her Medicare for All plan, a proposal that would dramatically expand government-run health care and cost untold trillions.

Her answer: “You know Medicare? Extend it to everybody.”

The moment is neither funny nor illuminating. Just scary, to be blunt. It’s also a massive dodge, as if saying a current program helping a limited amount of Americans can be magically expanded. And that’s all voters need to see and hear.

And, of course, she gets to land a dig against Senate Majority Leader Mitch McConnell (R-Ky) before the bit wraps.

So there you have it. Colbert’s Late Show not only ignores Ocasio-Cortez’s endless gaffes, lies and misdirection, it uses limp humor and deflection to protect her from the truth.