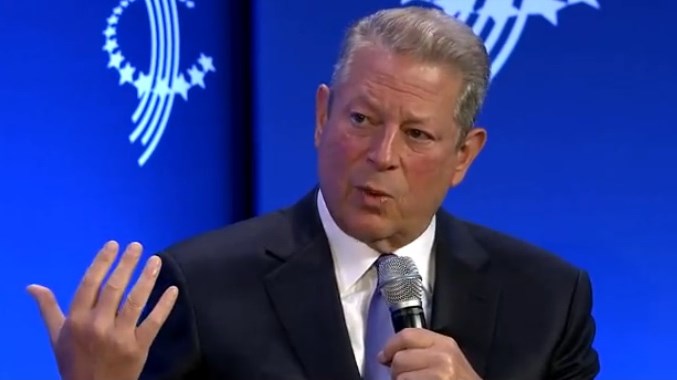 Reporters uncritically shared Al Gore’s climate change mantra in virtually every media outlet. They treated his return to the big screen like a major event.

Shoving skepticism aside, the articles cried it’s the movie we need now .. more … than …ever.

So why do so few people actually see it?

Despite the adoring press the sequel will earn but a fraction of what Gore’s 2006 film made at the box office.

An Inconvenient Sequel earned a measly $300,000 over the weekend. That brings its 24-day total to just shy of $3 million. That’s rock solid for most documentaries. A sequel to one of the biggest documentaries of the past 20 years?

Call it a box office dud.

The film’s future prospects look bleak, too. Sequel dropped more than 63 percent from the previous week after losing 42 theater locations. That’s the opposite of what studios want from limited release films. Word of mouth is supposedly to build enthusiasm for a title.

The opposite is happening here.

The original “Inconvenient Truth” snared $24 million during its theatrical release. What’s more impressive? That figure came despite the film only hitting 578 theaters at its widest release point. For comparison, most mainstream films receive at least 3,000 screens for their first few weekends.

The sequel staggered out of the gate, drawing only half of what the original made. That wasn’t a death knell for the film’s financial prospects. Good reviews and heady word of mouth could have rallied to the film’s side. A bit of clever marketing hype might have made a difference, too. 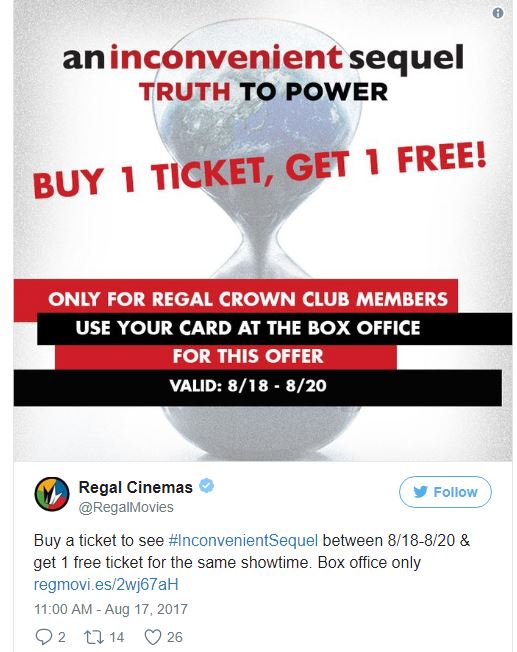 Only things got worse from there.

Here are some possible explanations.

Climate Fatigue: Just how many “sky is falling” lectures can an audience take? Gore mixes in some hopeful rhetoric in between the fright footage featured in this Sequel. That only makes the “world is doomed” segments seem inauthentic. Since the first Truth we’ve seen a number of climate change documentaries with similar messages. What was novel in 2006 is suddenly old hat now.

Gore Fatigue: Part of the first film’s appeal was watching a stiff politician try to change the world via a Power Point presentation. It was so geeky, so anti-Hollywood it became cool, hip even. Gore is still the same stiff politician today. His new and improved message? It’s not nearly as slick as the sequel’s enhanced production values.

Hypocrisy Fatigue: News of Gore’s large carbon footprint hit shortly after his first film reached theaters. We’ve had years to process that as well as watch Gore jet across the globe a dozen times over since then. If he did a bit more Skyping it might strengthen his personal stake in the issues. And that’s not to mention just how fabulously rich he became aligning with the green energy market, itself buoyed by big government largesse. It doesn’t help his cause that other eco-celebrities refuse to practice what they preach. Yes, we mean you, Leonardo DiCaprio.

Model Fatigue: No, we’ll never bore of supermodels. We’re talking about the climate models that keep getting weather patterns dead wrong. Gore didn’t make them, but he’s used similar predictors time and again over the years.

Indie Fatigue: Audiences loved popcorn fare back in 2006. Today, that’s the main way Hollywood keeps those turnstiles spinning. Indie fare, like climate documentaries, face a much stiffer challenge in the film marketplace. Maybe this Sequel should have cozied up with Team Netlfix instead of embracing a traditional distribution route?

Media Fatigue: Eleven years ago people generally trusted the news and the stories reporters shared. Not anymore. So garnering a flotilla of glowing press articles didn’t help “Sequel’s” fate as much as it might have before.

A-List Fatigue: The minds behind An Inconvenient Sequel coaxed a number of major rock stars, including Paul McCartney and Bono, to cut a video promoting the new film shortly after its release. The clip apparently had little or no effect on the overall ticket sales. Americans just endured a flotilla of superstars telling them how to vote last November. Those star-stuck appeals don’t work like they used to.