NY Times: Hanukhah's a 'Celebration of Religious Fundamentalism and Violence' 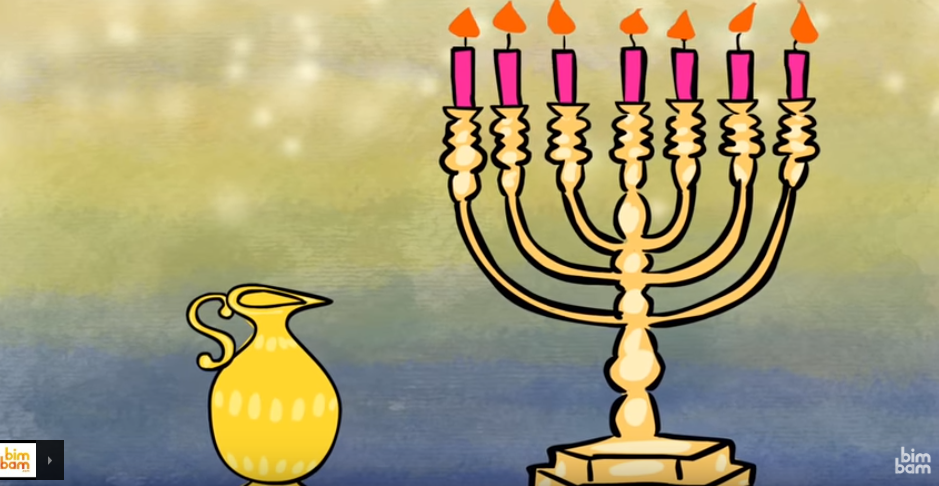 To usher in the start of Hanukkah on Sunday, The New York Times published an op-ed by Jewish novelist Michael David Lukas arguing that the celebration of the religious holiday by urban, secular Jews is an example of gross “hypocrisy” because, as the subheading explains: “It’s a holiday that commemorates an ancient battle against assimilation. And it’s the one holiday that most assimilated Jews celebrate.”

In the piece, titled “The Hypocrisy of Hanukkah,” Lukas uses the example of his own family (especially his daughter asking Christmas questions) to begin his case for why Jews are hypocrites for embracing the “violent fundamentalists” (the Maccabees) in their victory against the pagan Seleucid Empire [emphasis mine]:

Most of the year, it isn’t hard for our family to feel both American and Jewish. But in December — when there are wreaths and Peppa Pig Christmas specials and inflatable Santas everywhere you look — that dual identity becomes more of a question. Which is why Hanukkah is a big deal for mostly assimilated Jews like myself.

The only trouble is the actual holiday. Not the latkes and the dreidels, but the story of Hanukkah, which at its heart is an eight-night-long celebration of religious fundamentalism and violence.

Later in the piece, Lukas explained his understanding of the history of Hanukkah and why it was so “disturbing” to him:

According to most modern scholars — and a few rabbis I called on to help me out — the story of Hanukkah is based on a historical conflict between the Maccabees and the Hellenized Jews, the former being religious zealots who lived in the hills of Judea and practiced an ancient form of guerrilla warfare, the latter being mostly city-dwelling assimilationists who ate pork, didn’t circumcise their male children and made the occasional sacrificial offering to pagan gods.

Some of the details are up for debate, depending on which texts you consult. But everyone agrees that the Maccabees won out in the end and imposed their version of Judaism on the formerly Hellenized Jews. So Hanukkah, in essence, commemorates the triumph of fundamentalism over cosmopolitanism. Our assimilationist answer to Christmas is really a holiday about subjugating assimilated Jews.

The more I thought about all this, the more it disturbed me. For what am I if not a Hellenized Jew?...Why should I light candles and sing songs to celebrate a group of violent fundamentalists?

Lukas did not mention which “modern scholars” or rabbis he consulted for this brief summary of the Maccabean revolt (he also erroneously thought it was a war against the Romans in his original piece, not the Greek Seleucids. This isn't a ringing endorsement of his historical accuracy).

However, if we consult a normal source for the story of the Maccabees, we find they fought against the Seleucids and their Hellenized Jewish allies because the pagan king of the Seleucid Empire had banned key Jewish religious practices. According to this account, the Seleucid king did this because he was trying to destroy the Jewish people's unique identity so he could subsume them into his multicultural empire. The Maccabees saw the Hellenized Jews as traitors for supporting the subjugation of their people by a foreign emperor. That was why they fought (and ultimately won) their war with their "assimilated" kinsmen.

But Lukas clearly did not identify with this story of resistance. He wants to observe Hanukkah in spite of the holiday’s “hypocrisy,” but only to spite Christmas and celebrate the “renegade Jews” who once allied with a pagan king to destroy their religious and cultural heritage:

With my daughter ready to sign up for Team Santa, we have to celebrate something, and I’m not quite Hellenized enough to get a Christmas tree.

So this year, for lack of a better alternative, I’m going to try to embrace Hanukkah in all its contradictions. When I light the candles, I’m going to celebrate the possibility of light in dark times, the importance of even the smallest miracles. And when everyone else is singing about the Maccabees, I’ll be saying a prayer for the Hellenized Jews and for the “renegade Jews” of our day.

Then I’m going to sneak my daughter an extra piece of chocolate gelt and break out the presents. Because at the end of the day, it’s all about beating Santa.