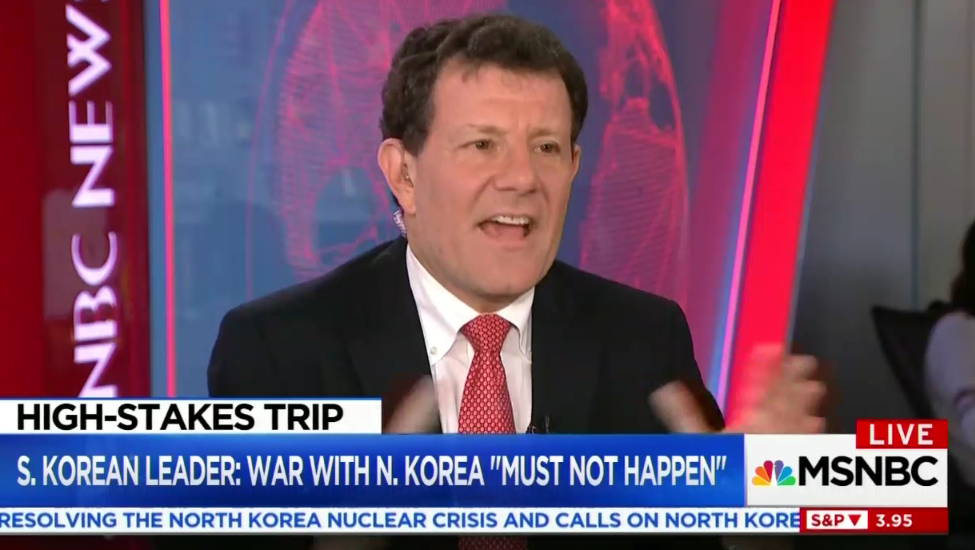 The piece opened by outlining their four criteria:

1. The leader shows only a weak commitment to democratic rules.

2. He or she denies the legitimacy of opponents.

3. He or she tolerates violence.

4. He or she shows some willingness to curb civil liberties or the media.

According to Kristof, Levitsky and Ziblatt believe that adhering to “even one of these criteria is cause for concern” and a potential harbinger of authoritarian backsliding in a country. Based on their criteria, the authors came to the conclusion that, apart from Richard Nixon, the only other “major-party presidential candidate [...] over the last century” that displays any of their warning signs of authoritarianism is, of course, Trump.

Kristof did not explain exactly how the professors came to the conclusion that only Trump and Nixon met their criteria. More thorough definitions outlining what precise types of behavior fall under their four-sign system surely exist within Levitsky and Ziblatt’s book. However, just from a cursory glance at their points (as re-told by Kristof), it seems a bit inexplicable how none of President Obama’s many scandals involving executive overreach qualified him for exhibiting authoritarian behavior.

To borrow one example, Americans across the political spectrum were extremely concerned by revelations in the early 2010s that the Obama administration not only had an explicit policy justifying targeted killings of American citizens living abroad, but had acted upon a “hit-list” of named targets. As many liberals and libertarians argued, this was particularly egregious because American civilians had effectively been executed without any basic provision of due process in a court of law, but rather by an obscure and secretive executive process. These actions alone clearly appear to fulfill almost all of the professors’ conditions (#2 being the obvious exception).

For his part, Kristof ignored any such questions of academic or intellectual consistency. Instead, he went on to summarize part of Levitsky and Ziblatt’s main argument, which likened the rise of Trump to Hitler and Mussolini’s political ascensions in the 1920s and 30s [emphasis mine]:

“This is how democracies now die,” Levitsky and Ziblatt write. “Democratic backsliding today begins at the ballot box.”

Likewise, the authors say, no more than 2 percent of Germans or Italians joined the Nazi or Fascist Parties before they gained power, and early on there doesn’t seem to have been clear majority support for authoritarianism in either Germany or Italy. But both Hitler and Mussolini were shrewd demagogues who benefited from the blindness of political insiders who accommodated them.

Let me say right here that I don’t for a moment think the United States will follow the path of Venezuela, Germany or Italy. Yes, I do see in Trump these authoritarian tendencies — plus a troubling fondness for other authoritarians, like Vladimir Putin in Russia and Rodrigo Duterte in the Philippines — but I’m confident our institutions are stronger than Trump.

After pinning ambiguous charges on Trump of having “Nazi” or “Fascist” tendencies, Kristof expressed his personal fears of Trump corrupting America’s “democratic norms” [emphasis mine]:

For all my confidence that our institutions will trump Trump, the chipping away at the integrity of our institutions and norms does worry me. Levitsky and Ziblatt warn of the unraveling of democratic norms — norms such as treating the other side as rivals rather than as enemies, condemning violence and bigotry, and so on. This unraveling was underway long before Trump (Newt Gingrich nudged it along in the 1990s), but Trump accelerated it.

It matters when Trump denounces the “deep state Justice Department,” calls Hillary Clinton a “criminal” and urges “jail” for Huma Abedin, denounces journalists as the “enemy of the American people” and promises to pay the legal fees of supporters who “beat the crap” out of protesters. With such bombast, Trump is beating the crap out of American norms.

As a representative of a publication that has, along with the rest of the liberal media, consistently and constantly pushed the narrative (in spite of multiple “bombshell” errors) that Trump and his campaign traitorously conspired with Vladimir Putin and the Russian government to “hack” the 2016 election, it’s rich to be lectured by the Times that it is people like Trump and Newt Gingrich that are solely to blame for any recent tendency among American political rivals to paint each other as enemies.

Echoing the Harvard academics’ advice for how to fight back against Trump, Kristof concluded his column by calling for ideologically broad “extraordinary coalitions” of Americans to come together to protest “not just against the ruler,” but “in defense of rights and institutions.”