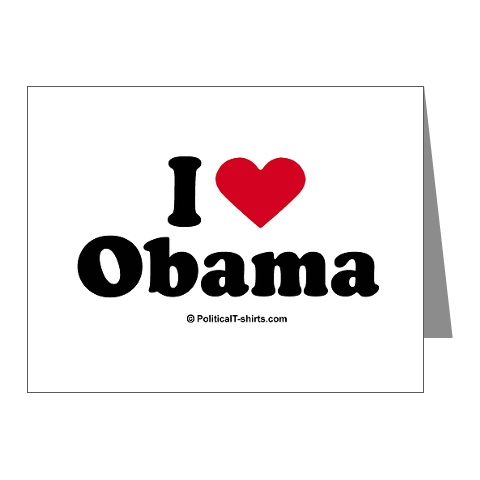 The goal appears to have been to infiltrate as many newspapers as possible to spread pro-Obama propaganda -- as if the press needed the help.

Light's plan was simple enough: write a compelling letter to the editor, pretend to be a concerned reader in the region, and persuade the paper to print her liberal blather.

For three weeks, editors of mainstream newspapers big and small allowed Light to spread Democrat talking points under the guise of small-town grassroots without anyone bothering to double check her story.

The content of her letter was also quite simple: Blame George Bush.

Dozens of times over, Light echoed the sins of the previous administration and urged readers to give President Obama more time. Light's argument was nothing unique, but it was good enough to impress some of the best editors in America.

Politico's Ben Smith was first to take the bait publishing the letter on January 7 and explaining that it was just so well-written he couldn't resist.

By the time a quick reporter wised up to the game, Light had appeared in 42 newspapers claiming different residences, with each letter almost identical, and no one knowing any details about the masked citizen.

The scam abruptly came to an end Friday when reporter Sabrina Eaton of the Cleveland Plain Dealer followed a simple procedure of actually verifying a source. Light had appealed to the Cleveland paper to publish her screed, but as soon as a real reporter practiced some journalism, her cover blew wide open.

Readers are warned to avoid all beverages as they review Eaton's account of the hilarity that ensued (emphasis mine):

Light - who e-mailed an identical missive to this reporter on Jan. 16 without listing a hometown - would not answer e-mailed questions about the address discrepancies in newspapers that ran her letter, or her identity, although she did say she wasn't a former co-worker of this reporter's who had a similar name.

"I do not write as a representative of any organization," she said in an e-mail. "The letter I wrote was motivated by surprise and wonderment at the absence of any media support for our President, who won a record-breaking election by a landslide less than 18 months ago, and now, seems to be abandoned by all, supposedly for the infantile reason that he couldn't make all of Bush's errors disappear in one day."

Light's defensive replies prompted the paper to investigate her, and the truth was quickly found. From Eaton's Friday article:

In recent weeks, Light has published virtually identical "Letters to the Editor" in support of President Barack Obama in more than a dozen newspapers. Every letter claimed a different residence for Light that happened to be in the newspaper's circulation area.

The Cleveland Plain Dealer has a standing policy of using telephone contact to verify a writer's identity. The Richmond Times-Dispatch, which serves my personal locale, confirmed a similar practice of their own.

Almost every paper uses some kind of vetting process precisely to stop such spamming. It boggles the mind that editors in dozens of newsrooms did nothing until she got this far.

The day after Eaton's story broke, Patterico took to the chase and compiled a more complete list of Light's appearances. No thanks to the mainstream media, bloggers worked their search engines to expose the size of Light's scam.

All told, 42 newspapers had fallen for Light, and on the very day that the Cleveland paper broke the story, USA Today had just printed their own version. It is absurd that three weeks passed with no one catching on.

Within the city of Philadelphia, for example, Light was published by the two major newspapers - the Inquirer and the Daily News - within the same week, and somehow nobody noticed her duet performance. Three papers within the state of Connecticut, two in Maryland, and three in Wisconsin also fell for the trick.

Either competing papers within the same city don't bother reading each other's content, or someone was remarkably lazy not to connect the dots. Aside from the proximity of such news outlets, Light got so much exposure that any editor should have been aware.

It should warm your heart to know that mainstream newspaper editors are so out-of-touch, something can appear in the blogosphere and all of their competitors for three weeks without them even noticing.

Some 48 hours after breaking the story, the Cleveland Plain Dealer stands alone as the only mainstream newspaper pursuing it. While the scandal grows in the blogosphere, the outlets that printed her letters have left them online, untouched, intact, and with no corrections offered to their readers.

Ellie Light remains a mystery, and with no interest from the media to confront their own negligence, very little pressure is being applied to find out who she is. After three weeks of blissful ignorance, the editors who fell for Ellie Light are content with the truth remaining untold.

It seems that lying about your identity is not a big deal if you write gushing praise of Barack Obama - and even if you get caught, the mainstream media will actively keep it covered up.