Major Media Need a Long, Hard Look in the Mirror

Since Donald Trump's election, major media have been trying to figure out what it did wrong, given its fawning coverage of Hillary Clinton and anti-Trump stories. Didn't it help twice elect Barack Obama? Why didn't the formula work this time?

Mostly the media blames voters, talk radio and Fox News, never itself. One might say it is in denial, a condition with a medical definition.

Wikipedia defines it: "Denial is a  … defense mechanism postulated by psychoanalyst Sigmund Freud, in which a person is faced with a fact that is too uncomfortable to accept and rejects it instead, insisting that it is not true despite what may be overwhelming evidence." 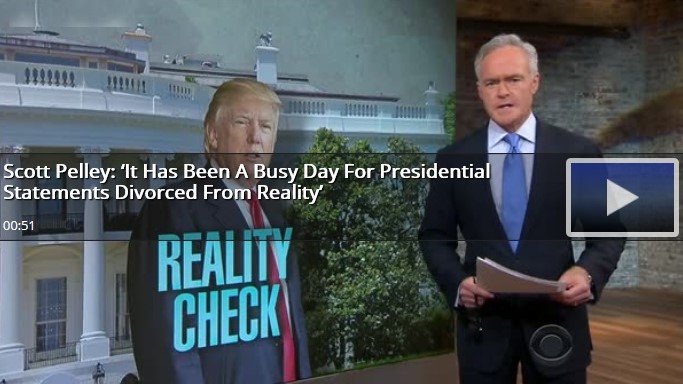 While the major media seek to apply that definition to Trump — Scott Pelley opened a recent broadcast of the CBS Evening News claiming the president's statement Monday about unreported terrorist attacks were part of a growing list of comments that prove he is "divorced from reality" — they ought to spend some time looking in the mirror.

Overnight, it seems, major media have become interested in facts following eight years of ignoring lies and dissembling by Democrats and members of the Obama administration, including the president.

The list is long and includes former Sen. Harry Reid's lies about Mitt Romney, who Reid falsely accused of not paying his taxes. When asked about it in an interview, Reid said, "I did what was necessary" to defeat Romney in the 2012 presidential race.

Then there were the numerous lies about "Obamacare," the glossing over of anti-Semitic statements by Obama's pastor, the Rev. Jeremiah Wright and the influence of radical leftist thinker Saul Alinsky on Obama and Clinton.

How deep into denial the media has gone and how it refuse to consider what the public thinks of it was again revealed in the Washington Post column by former ABC News Nightline host and current CBS News contributor Ted Koppel.

Koppel, who was always fair and friendly to me when I appeared on his program, correctly states: "democracy depends on facts."

The problem is that too many of us can't agree on the facts because the standard by which truth was once measured has disappeared in our age of relativity. It is an "Alice in Wonderland" age in which Humpty Dumpty is the prophet: "'When I use a word,' Humpty Dumpty said, in rather a scornful tone, 'it means just what I choose it to mean — neither more nor less.'"

This is the media's fault line. Koppel writes: "There may be some temporary political advantage to be gained by tearing down public confidence in critical, nonpartisan journalism, but it is only temporary. At some point or another, everyone needs professional finders of facts."

The liberal commentator and former CNN host, Piers Morgan, is no fan of  Trump, or of modern American journalism. Appearing Monday night on Tucker Carlson Tonight on Fox, Morgan said he recently went through 11 pages of The New York Times.

Every story, every editorial and every column was anti-Trump. Even four letters to the editor were anti-Trump, he said. That's not "nonpartisan journalism," that's bias. The public gets it, even if reporters and anchors don't, or deny their biases.