Hollywood loves taking apart conservatives. So when presented with the idea of men in the highest reaches of the conservative media sexually harassing women at the office, it was manna from heaven.

You’ll not find a ripped-from-the-headlines TV dramatization of Harvey Weinstein's predations. There's no hellish-office movie on the sexual abuses of Matt Lauer at NBC, or Charlie Rose at CBS. There is only Bombshell, a fictionalized account of the hostile sexist atmosphere under Roger Ailes at Fox News.

The filmmaker on this one is Jay Roach, who has made a series of comically leftist movies for HBO, such as Al Gore being denied the presidency (Recount) and Sarah Palin's losing turn as a vice-presidential nominee (Game Change). Roach's idea of a hero movie was Trumbo, based on the screenwriter Dalton Trumbo, who in the Fifties slavishly plopped Stalinist talking points into movies and belonged to the Communist Party USA, for which he was blacklisted. 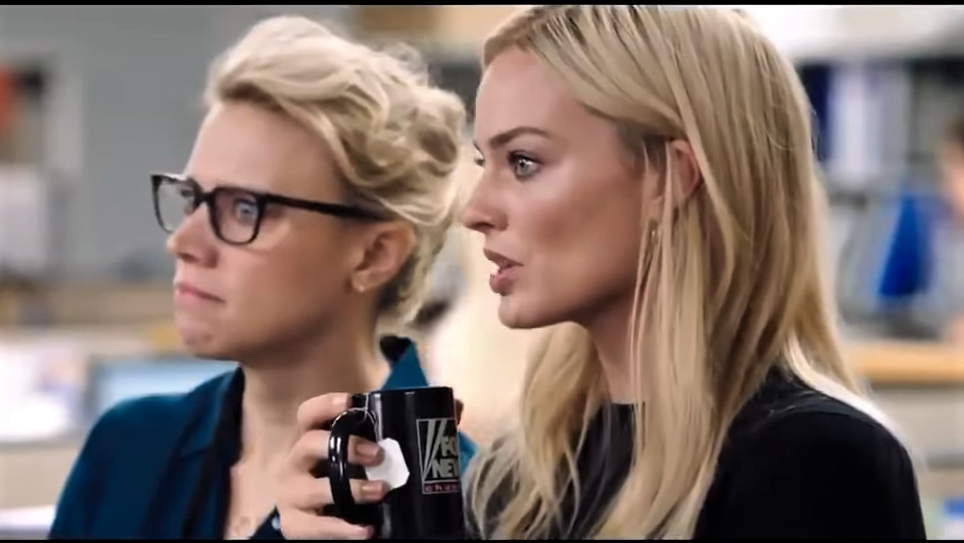 Woe is anyone who goes to these movies expecting a faithful recounting of history. What you get instead is rampant editorializing and fiction. Characters are made up out of whole cloth and placed into Real Events. In Bombshell, Fake Megyn Kelly and Fake Gretchen Carlson are digitized into actual Fox News footage. Two other central characters in this anti-Fox hit job – an evangelical Christian beauty and a snarky Hillary-loving lesbian inside Fox – are pure inventions.

The lesbian Fox News staffer describes the Fox ethos in this way. “You have to adopt the mentality of an Irish street cop. The world is a bad place. People are lazy morons. Minorities are criminals. Sex is sick but interesting.” She concludes: “Ask yourself, ‘What would scare my grandmother or piss off my grandfather?’ — and that’s a Fox story.”

Virtually everyone, and this includes Fox employees, has no idea what here is actually true, and which is entirely made up. The media suggest the details aren’t that important. What’s important is to “start a conversation.”

So long as that conversation isn’t about liberal predators.

To his credit, CNN’s Brian Stelter asked Roach “ I'm thinking myself, where's the -- where's the Matt Lauer movie? Where's the Les Moonves? Are those coming? I'm serious.” Roach insisted there’s a Harvey Weinstein documentary coming, and someone will make a film about Ronan Farrow’s struggles with NBC News to report on the abuses of Weinstein and Lauer.

“I would happily make that movie,” he claimed. Don’t bet a nickel on it.

Oh how they objected to the concept of composite characters in movies based on real events, when the subject was Clint Eastwood’s Richard Jewell, where it’s implied an actual Atlanta Journal-Constitution reporter (now deceased) offered sex for information from a fictional FBI agent. But these voices are silent with the Fox News-bashing movie.

The same thing is happening with The Two Popes, a Netflix film spinning a tale about the relationship between crusty traditionalist Pope Benedict XVI and his forward-looking successor, Pope Francis. Entire conversations are manufactured to dramatize the differences between conservative and liberal takes on the Catholic Church.

Catholic journalist Raymond Arroyo was poignant. “It's a nicely acted fantasia, unmoored from fact, that misses the true character of both men. It is slanderous toward one Pope and overly fawning toward the other, serving neither the audience nor history.”