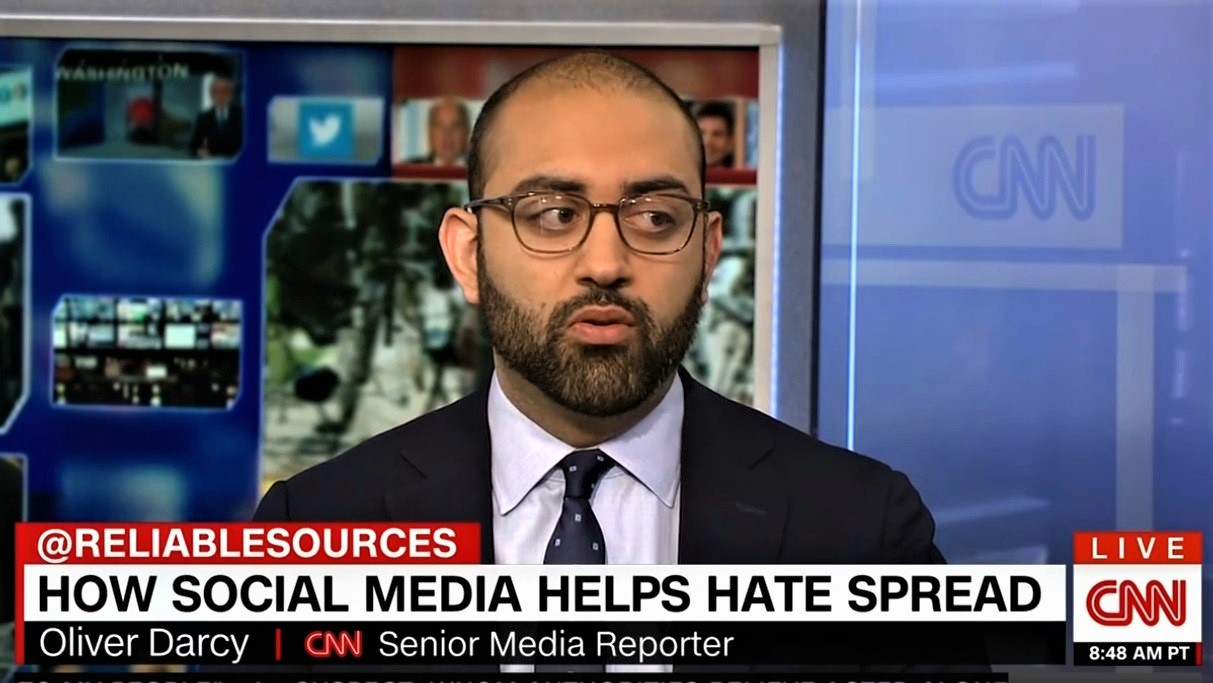 This – and there’s much more of this – is worth re-reading as CNN media reporter Oliver Darcy is warning the public about a “right-wing media machine” that has demonstrated “zero willingness to abide by any traditional rules of engagement.” That shameless “machine” opposing Trump’s impeachment and removal is, of course, Fox News, talk radio, conservative websites, and an “army of trolls” on the Internet.

We’re all shameless manure spreaders, in the eyes of CNN (and its shrinking band of die-hard fans). “The next few months will test the power of this right-wing media machine. To succeed, it will not only have to suspend reality for its audience, but also feed the millions who watch, listen, and read a counter-narrative to fill actuality's void.” Trump’s survival depends on this reality-denying machine, Darcy insists. “If he sees his support on Fox or talk radio erode, it would almost certainly shift the tide and give Republicans enough wiggle room to turn on Trump.”

Darcy, who graduated from college in 2011, is perhaps young enough to have no idea what the “left-wing media machine” – and especially CNN – did to protect and defend Bill Clinton and all of his lying in court under oath and to the public about his affair with “that woman, Miss Lewinsky,” and his attempts to instruct others to lie on his behalf. At a recent panel discussion in New York, Darcy’s colleague Brian Stelter yelled that Clinton “was crushed by the media,” just “destroyed by the press corps!”

Wolf Blitzer should really take these youngsters out to lunch and tell them how CNN fiercely smeared Clinton’s opponents and denounced themselves for reporting anything about Clinton’s scandalous behavior.  On January 28, 1998, a week after the Lewinsky allegations broke, CNN aired an hour-long self-flagellating special titled “Media Madness.” Then-CNN host Howard Kurtz rhetorically beat his breast, lamenting: "There is something about this story, this presidency, that has led the media to almost obliterate the standards of decency that were built up for so many years."

Clinton wasn’t indecent; the media were. In the Trump era, CNN insists this president is a morally unfit tyrant, and the media are the heroic enforcers of fact, oozing integrity in every article and interview.

Darcy concluded his takedown by predicting it’s unlikely the major stars of the right-wing universe will turn on Trump. For expert analysis, he enlisted John Ziegler, who used to defend Sarah Palin from an avalanche of liberal bias. He's the perfect CNN guest because now he’s insulting conservatives as a cabal of spoiled brats. "The Trump cult is very much like a child who believes in Santa Claus," Ziegler said, arguing that right-wing media bursting the Trump bubble would be "like the Disney Channel telling their audience there's no Santa Claus." That’s just silly.

It’s easy to portray your opponent as operating a nefarious “media machine.” It’s easy to say your opponent is “weaponizing” information, or specializes in “disinformation.” What’s hard is to believe the leftist media, portraying itself as “independent” and “nonpartisan” and only working to make “democracy” work. Nobody’s buying that nonsense, and nobody should put up with their duplicity.