For decades now, the Hollywood Left has romanticized those brave Communist Party members who were blacklisted in the 1950s for refusing to cooperate with congressional investigations into their Soviet espionage. Just four years ago, Bryan Cranston was nominated for an Oscar for Best Actor for playing communist screenwriter Dalton Trumbo, a man so deluded that he compared North Korea’s invasion of South Korea to the American Revolution in 1776. Even now, there are two films in development revisiting the history of Roy Cohn, a lawyer for Joe McCarthy....and later the Trump family. 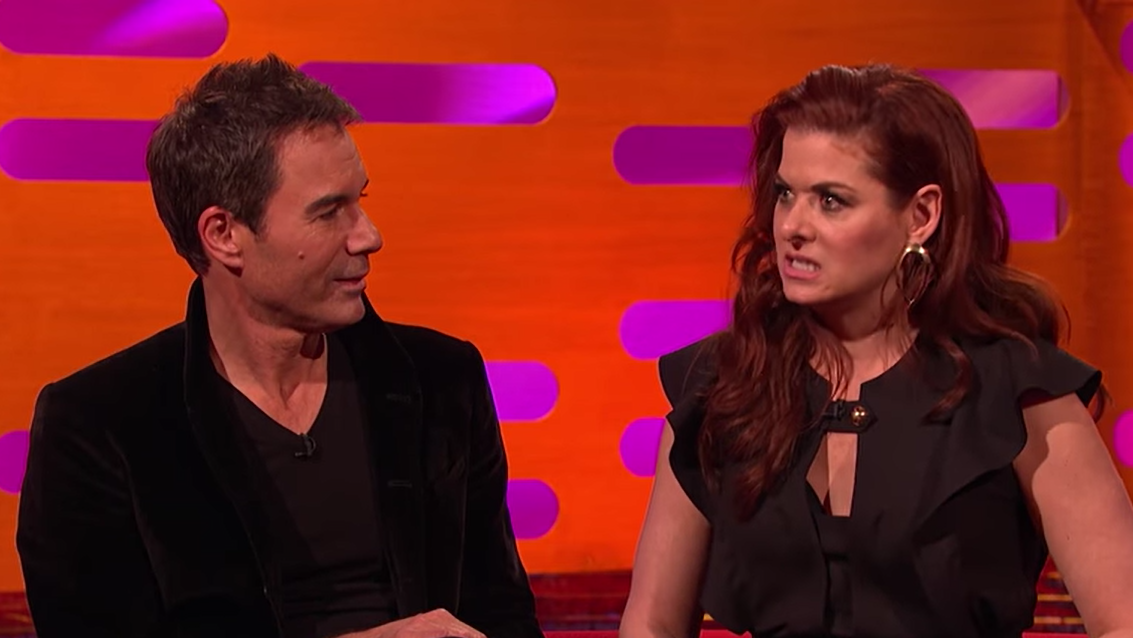 But the Hollywood Left isn’t a fraction as tolerant of differing opinions as it likes to pretend. They can’t stand conservatives, and they especially can’t stand public supporters of President Trump. The latest example began when The Hollywood Reporter declared that President Trump would appear at a Beverly Hills re-election fundraiser on September 17.

The stars of NBC’s rebooted gay-agitprop sitcom Will & Grace announced a new blacklist.

Eric McCormack tweeted “Hey, @THR, kindly report on everyone attending this event, so the rest of us can be clear about who we don’t wanna work with. Thx.” His co-star Debra Messing tweeted “Co-signed” and added another tweet: “Please print a list of all attendees please. The public has a right to know.”

Two of the possibly five Trump-supporting actors replied. Kristy Swanson, best known for playing “Buffy the Vampire Slayer,“ tweeted “It’s absolutely heartbreaking that you would say something like this & then ask The Hollywood Reporter to get on board with you (so sad).” Dean Cain tweeted "I’m not attending, because I’ll be out of town. Otherwise, I’d have been happy to attend.”

Swanson and Cain are not the most popular folks in Tinseltown. They appeared this spring in a D.C. production of a play by Phelim McAleer called FBI Lovebirds: Undercovers, about political corruption in the Obama administration. There was nothing contrived, nothing untrue. It wasn’t even “based on real events,” Hollywood-speak for “we made most of this up.” They used the actual text messages of Justice Department officials/illicit lovers Peter Strzok and Lisa Page. The reaction? A leftist tweeted at them “Someone set the theatre on fire.”

But then, something strange happened. Others did not comply.

The media elites ignored McCormack and Messing’s call for lists of Trump donors in Hollywood. Defenders were few, and it flopped.  In fact, there was one famous liberal entertainer who took to the airwaves to call out the hypocrisy, given all the blacklisting lectures delivered by her industry over the decades. From her perch on ABC’s The View, Whoopi Goldberg, no Trump fan, blasted the idea of circulating Trump-backer lists. “Listen, last time people did this, people ended up killing themselves,” she argued. “ This is not a good idea, okay? Your idea of who you don’t want to work with is your personal business. Do not encourage people to print out lists because the next list that comes out, your name will be on and then people will be coming after you.”

The backlash was strong enough that the Will & Grace stars began pretending they never suggested denying work to Trump backers. McCormack posted on Instagram that his tweet was somehow “misinterpreted in a very upsetting way. I absolutely do not support blacklists or discrimination of any kind.” Messing re-tweeted that: “I couldn’t have said it better.”