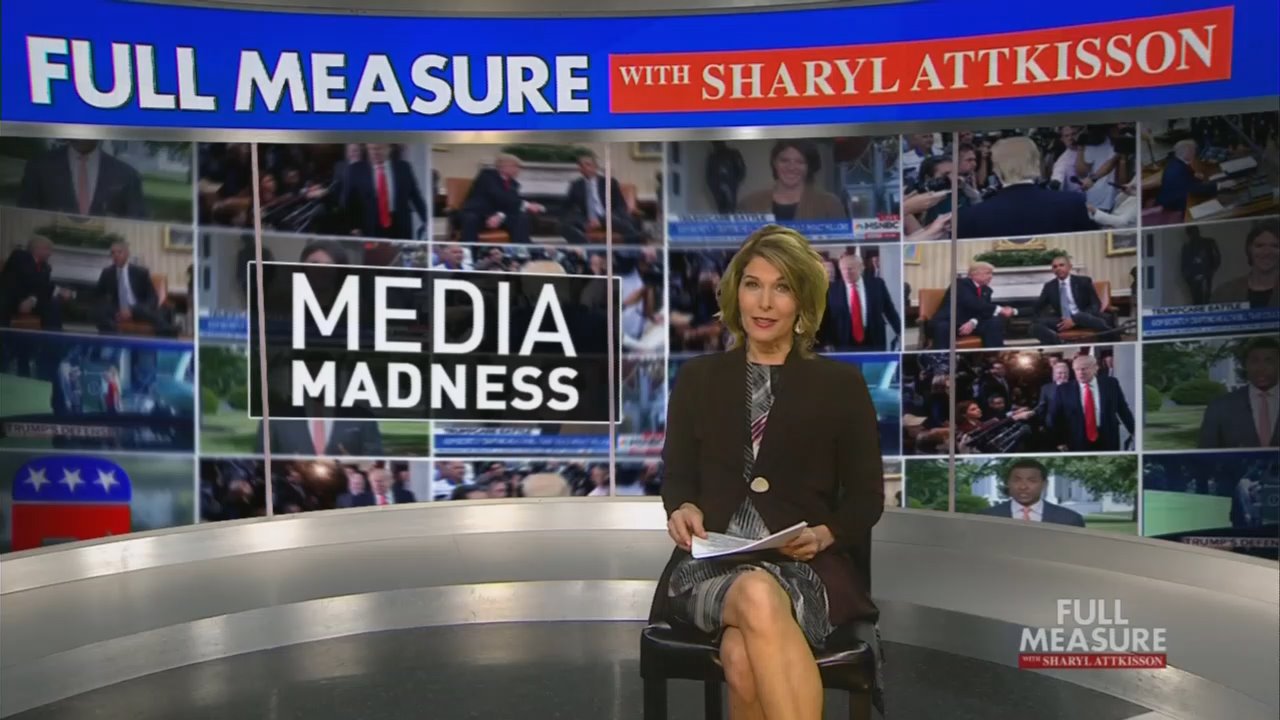 On her weekly Sinclair TV show Full Measure on August 18, former CBS News correspondent Sharyl Attkisson interviewed pollster Scott Rasmussen about journalists’ standing in the public square. They’re about as trusted as Wikipedia, the website considered so unreliable that school teachers often tell students they can’t cite them as a source for their research papers.

Only 38 percent said national political coverage is accurate and reliable, while 42 percent said it was not. "We asked about national political reporters, are they credible, are they reliable?,” said Rasmussen. “And you know, a little more than one out of three people say yes. When we ask about Wikipedia, we get the exact same answer. So what's happening is we have a world where people look at journalists like they look at Wikipedia.”

You hear the media elites often break out the nostalgia for an era when the American people had “shared facts.” Translation: a time when all Americans had the “mainstream” media to tell them what the “facts” were, and those in that “mainstream” enjoyed a monopoly in their industry. Facts always seemed carefully arranged for political impact. For example, the TV anchors told us the Vietnam War was an unwinnable quagmire.  Watergate was the worst scandal in American history. The Soviet Union only wanted peace. The wealthy were greedy, Planet Earth would succumb to global warming, and Planned Parenthood cares about children.

The media’s dramatic tilt has clearly taken a toll on their image. Rasmussen told Attkisson 78 percent of voters say reporters don’t report news as much as promote their agenda. “They think they use incidents as props for their agenda rather than seeking accurately record what happened. Only 14 percent think that a journalist is actually reporting what happened.”

That result is just devastating. The “news” media no longer exist.

Then Rasmussen added a layer of public cynicism: “If a reporter found out something that would hurt their favorite candidate, only 36 percent of voters think that they would report that." The public sees the media for what they are: flagrant activists, manipulating the democratic process.

Attkisson also interviewed former CNN anchor Frank Sesno to react to this massive credibility problem. Sesno toed the company line, and in so doing, tripped over his own tongue. “The public understands fundamentally what journalism should be. They don't understand how it's actually practiced.” What does that mean? The public isn’t well-informed enough to know how well-informed it would be if it trusted the press?

If they really wanted to improve their image, media organizations would address public skepticism seriously, taking some very simple steps. Stop trying to bury every bit of good news for President Trump, and every bit of bad news for Bernie, Biden, & Co. Try to acknowledge that policy debates have two sides. It is fair to question climate change, support our national identity, and oppose the abortion industry trafficking in human carnage.

Is it too late? Conservatives have walked away from these networks and newspapers, which means that their audiences are now mostly liberals who reject everything conservatives champion. Obviously, from all we’ve witnessed,  liberal journalists are much more sensitive to criticism from fellow liberals than they are to the American public. That’s unlikely to change, so the credibility crisis will only deepen.