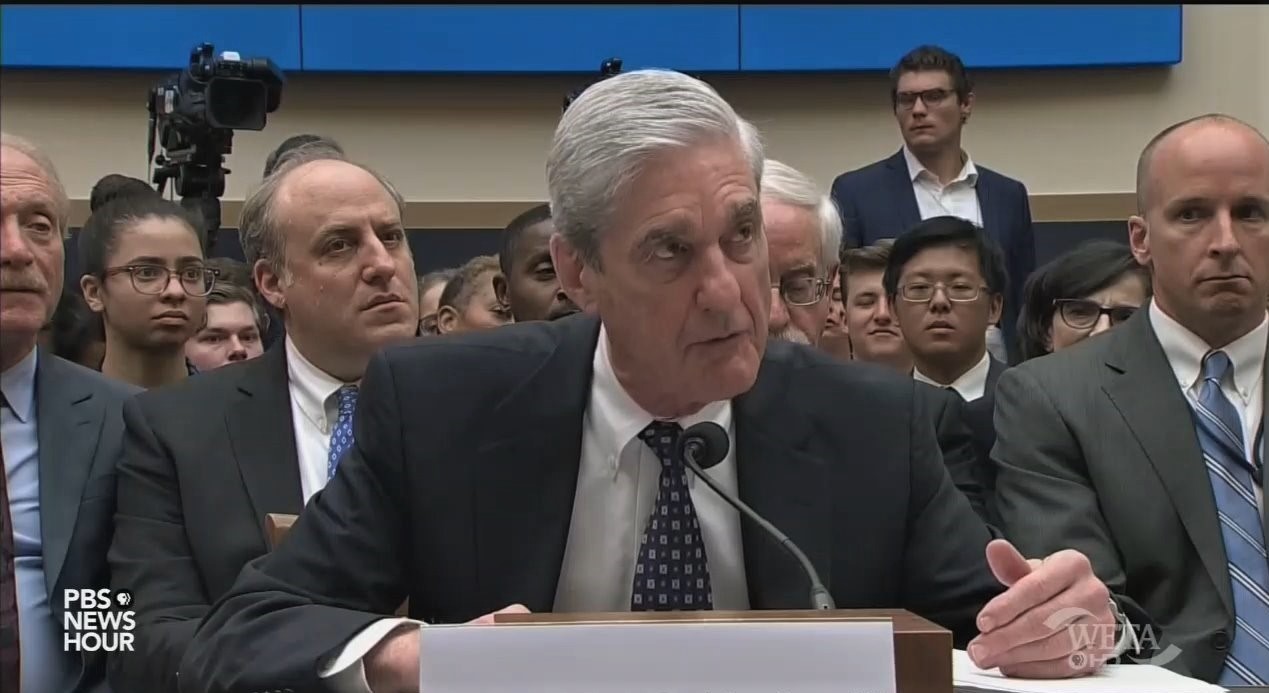 Everything Robert Mueller does has been breathlessly promoted by the media for two years. Even now, when everything has crumbled for the Democrats, they just keep digging. It’s like the old Ronald Reagan joke about the boy shoveling through a room of horse manure saying “there must be a pony in here somewhere!"

Mueller’s testimony before Congress was painted as the Super Bowl of scandal hearings. NBC’s Savannah Guthrie gushed 36 hours before the event that “We are drawing closer tonight to what may be the most anticipated testimony on Capitol Hill in a decade.”

And then the testimony happened.

All the networks canceled their regularly scheduled programming so every American could be riveted by Mueller. By the lunch break, even MSNBC was crestfallen. Analyst Jeremy Bash complained Mueller “seemed lost at times” and “sucked the life out of the report.” Brian Williams ruefully admitted “A lot of Democrats in particular used the D-word and branded this a disaster early on.” ABC’s Terry Moran bluntly said “Impeachment’s over.”

Within hours, conventional wisdom shifted: Was Mueller in charge of his own investigation? This question became painfully obvious when he was questioned by Rep. Martha Roby (R-Ala.). She asked how many of the approximately 500 interviews his office conducted did he attend personally. “Very few,” he said.

Then she asked about a letter he signed to Attorney General William Barr complaining about media coverage of Barr’s summary of the Mueller report. She asked who wrote the letter? “I can can’t into the internal deliberations,” he mumbled. “You signed it,” Roby replied. She asked Mueller if he authorized the letter being released to the media, or whether it was leaked behind his back. He replied “I have no knowledge on either.”

Who’s running this show? This is the omniscient man Time magazine compared to the Greek goddess Nemesis?

Mueller insisted he didn’t know the Hillary-funded hit-piece factory called Fusion GPS, even though it was essential in spreading the Trump-Russia narrative. Mueller said every inconvenient fact was “beyond my purview.” When Rep. Greg Steube asked him if there was any evidence that a single American had changed their vote because of Russian meddling, Mueller responded that it was “beyond my purview.”

All of this added to the growing notion that Mueller’s team of pro-Clinton prosecutors were really running the show. Mueller brought his longtime aide Aaron Zebley to testify beside him. Zebley represented former Clinton Foundation aide Justin Cooper in 2015 and 2016 in the investigation into former Secretary of State Hillary Clinton’s use of a private email server. Cooper was the IT expert who set up Hillary’s server and smashed some of her mobile devices with a hammer.

Mueller’s lead prosecutor, Andrew Weissman, attended Hillary Clinton’s “victory party” in 2016. Mueller told Republican questioners that he never asked anyone if they were a big fan of (or donor to) the Democrats or Mrs. Clinton. “I’ve been in this business for almost 25 years, and in those 25 years, I have not had occasion once to ask somebody about their political affiliation,” he insisted. Journalists relentlessly described Mueller as a "lifelong Republican."