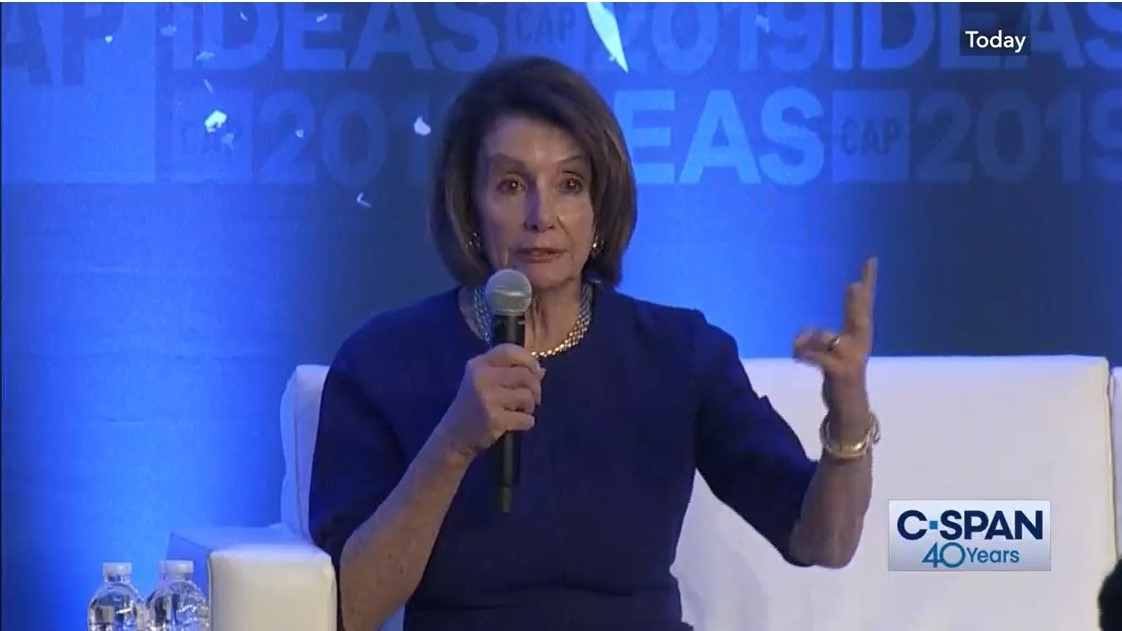 Two videos mocking House Speaker Nancy Pelosi were hot topics heading into Memorial Day weekend. One distorted and slowed down a Pelosi speech at the Center for American Progress to create the impression she was drunk. The other one was an edited package of Pelosi’s very real verbal blunders and stammers that aired on the Fox Business program Lou Dobbs Tonight.

President Trump was slammed for retweeting the Lou Dobbs video, and his lawyer Rudy Giuliani was condemned for sharing (but then taking down) the distorted “drunken” Pelosi video. It’s routinely suggested by the Left that nearly all misinformation in America can be blamed on Trump and his backers.

Trump fakes aren’t considered outrageous. In January,  video of Donald Trump’s first address from the Oval Office was badly doctored by a Seattle TV station, making it look as if the president was sticking his tongue out languidly between sentences, and he appeared oranger than the actual video. This wasn't unnoticed. Millions of his supporters saw this and were outraged. It undoubtedly came across the radar screen of those same journalists now so upset about the Pelosi video.

Yawn. It's Trump. Trump deserves it.

When President Trump creates a verbal miscue, the late-night comedy brigade has a field day. A misspelled tweet. A facial expression. A hand gesture. It takes nothing to trigger media mockery.  What if it's a Democrat?  In the Dobbs video, Pelosi cites “three things” while holding up two fingers. If you think anyone in late-night world is going to pan Pelosi for mental errors, you’re not paying attention.

The perpetually angry left and their allies in the “news” media were outraged that Facebook and Twitter didn’t take down the distorted Pelosi video, although Facebook “deprioritized” it, making it less visible. They don’t remember how they have mangled videotape (and audiotape), like NBC mangling George Zimmerman’s phone call about Trayvon Martin. Or everyone pretending President Trump called all immigrants “animals” when he was discussing MS-13 murderers. Or everyone misrepresenting the Covington Catholic kids as hate-speech villains.

The Washington Post editorial board felt a need to pronounce on the subject on Sunday trying to play the role of Solomon, only to make it even more lopsided.  “The ‘slurring’ video, accompanied by manufactured accusations of drunkenness, may fall on one side of the [censorship] line,” the Post proclaimed. But “The stammering video may fall on the other.”

It may fall on the free-speech side of the line? A truthful, untouched video may be OK? Be still our hearts.

The Post insisted that the Fox Business clip package “offered a misleading impression of a perfectly coherent 21-minute news conference” (as if holding up two figures and saying “three” is perfectly coherent). They snidely added the president did not “pull it from the right-wing fever swamps of social media. He took it instead from the fever swamp of Fox Business Network.”

The social-media giants should strive to create a clear and balanced standard for what content will be banned, no matter which party is affected. Right now, it seems to conservative Americans that the current policy is to take down videos and accounts quickly and haphazardly, often based on angry left-wing activist complaints. Conservatives cannot count on the "independent fact checkers" to police videos, since they have all the same leftist biases as these activists and the "news" media. If these imbalanced current practices continue, these social-media companies will be as mistrusted as the Old Media.