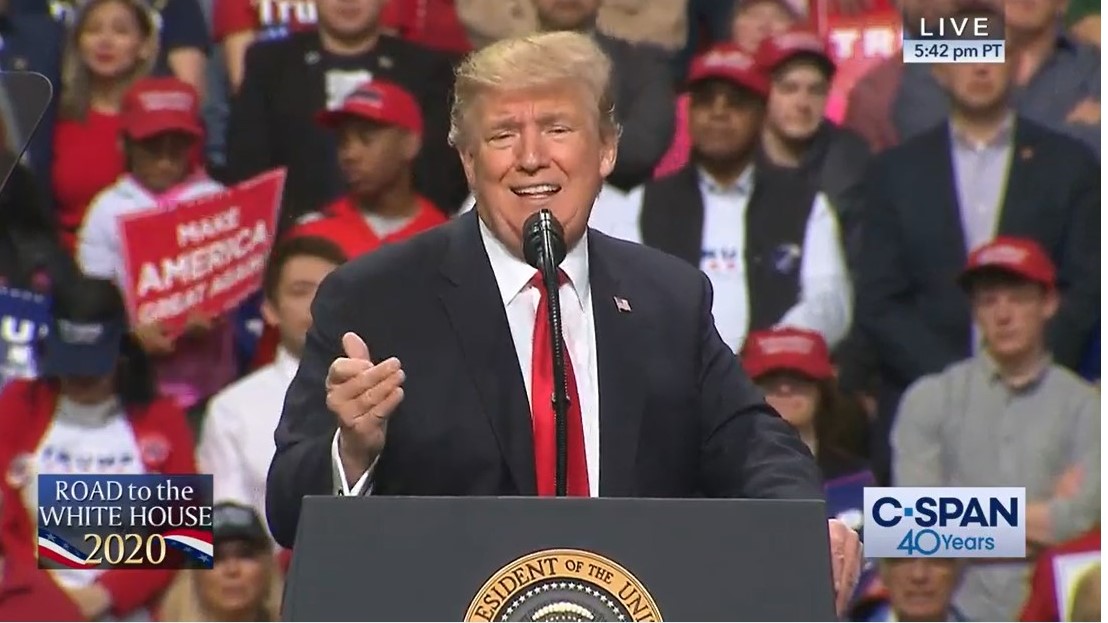 The liberal subscribers of The Washington Post adored the latest grand ruling from the paper's "Fact Checker," Glenn Kessler. He asserts President Trump has just crossed the threshhold of "10,000 false or misleading claims." Kessler did a round of interviews with delighted anchors on CNN and MSNBC.

Everyone knows the president can unload a whopper, like recently suggesting "they say" the noise from wind turbines causes cancer. But the Post's 10,000 number is a Democratic Party talking point, a marketing strategy to build a liberal subscriber base. "Readers begged us" to do this, Kessler said. Of course they did.

Newt Gingrich appeared on CBS This Morning on April 29, and co-host Norah O'Donnell asked "Does it matter if he hits back with lies?" She cited the Post count. Newt shot back: "I find it hard to take anything The Washington Post writes seriously."

Here's a short list of reasons why Newt is right.

1. Bias by target selection. Did the Post have a database of President Obama's false or misleading claims? No. Would the Post have a database of President Hillary's false or misleading claims if she had won? Don't be ridiculous. These people parse every sentence in Trump speeches, interviews, and tweets. They're not doing that for anyone else, especially the Democratic candidates now running for president.

The Post wrote a campaign book in 2016 titled Trump Revealed -- for which Trump gave them hours of interview time. Did the Post write a Hillary book? Don't be ridiculous. This is why you can't take the Post seriously as an "objective" source.

2. Nitpicking. Are they checking facts, or spin? Kessler & Co. fuss that Trump can't say they're building a wall at the border. Trump tweeted a picture of a wall being built. It's clearly a border wall under construction. But Kessler says the money (and the plans) came before Trump, so it's not "his" wall.  Kessler also cried False when Trump said he had "nothing to hide" from the Russia probe "but refused to testify under oath." Kessler is spinning, not fact-checking.

3. Bias by multiplying nitpicking times 100. Once the Post throws a Pinocchio rating like the border-wall squabble, every time Trump says "we're building the wall," it's counted as a false statement (160 times). Kessler repeatedly threw the False flag when Trump said there was "no collusion" with Russia. Which side was False on that one?

4. Lack of transparency. The Posties have dramatically increased the rate of the "false claims" they are finding. In announcing their 10,000 number, they claimed the president "racked up 171 false or misleading claims in just three days," April 25 to 27.  They admit that's a bigger number than they used to find in a month.

They claimed it was literally a falsehood a minute. They counted 45 in a 45-minute Sean Hannity interview, 17 falsehoods in a 19-minute Mark Levin interview, and 61 false claims in the president's Saturday night rally in Green Bay.  But they don't list them individually, so you can check their work.

5. Pinocchio forgiveness. Kessler also has a weird habit of skipping Pinocchios for Democrats when they call him on the phone and admit they fudged it. They just found Kamala Harris wrongly stated in a CNN town hall that a majority of women earn the minimum wage. Kessler concluded "Regular readers know that we generally do not award Pinocchios when politicians admit error, and we certainly give an allowance for a slip of the tongue during a live event. We don’t play gotcha at The Fact Checker."