Bozell & Graham Column: How Is Abortion AFTER Birth Not News? 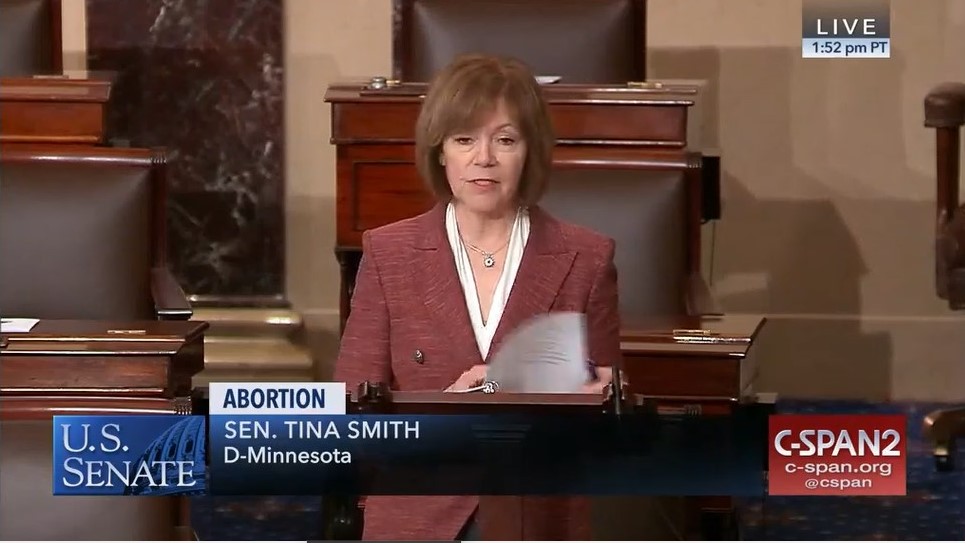 Late in the afternoon on February 25, extremist Senate Democrats voted in favor of legalized infanticide. In the wake of Virginia Gov. Ralph Northam’s bizarre remarks in a radio interview extending the “right to choose” to after-birth abortion (or medical neglect), Sen. Ben Sasse authored the Born-Alive Abortion Survivors Protection Act.

The bill would require a health-care provider to “exercise the same degree of professional skill, care, and diligence to preserve the life and health of the child” who survives abortion as he or she would to “any other child born alive at the same gestational age.”

Forget massive tax increases and incoherent green deals. This, this should terrify us.

President Trump tweeted: “ The Democrat position on abortion is now so extreme that they don’t mind executing babies AFTER birth....This will be remembered as one of the most shocking votes in the history of Congress. If there is one thing we should all agree on, it’s protecting the lives of innocent babies.”

Network coverage of this vote in the first 24 hours? Zero on ABC, CBS, and NBC. Hours after this vote, Sanders appeared in an hour-long “town hall” on CNN without a single question on this. Warren was interviewed by Chris Hayes for 11 minutes on MSNBC, and no question.

These networks offered more air time and sympathy for vicious “ISIS bride” Hoda Muthana trying to re-enter America than they did for defenseless newborn babies. Just as they felt Ralph Northam wearing blackface was far worse than Northam favoring a woman’s “right to choose” infanticide. Blackface drew hours of coverage, and infanticide drew less than five minutes on the Big Three network shows.

The Democrats claimed the bill was unnecessary, since babies rarely survive abortions, and when they do, they’re typically unable to surviving long outside the womb. You know what else was rare? Water-boarding a few suspected terrorists. But they railed against that for years.

Sen. Tom Cotton rebutted the Democrats, that in Florida alone in 2017 -- "in one state in one year" -- there were 11 babies born alive after abortion attempts. Someone could raise these babies, free of medical violence.

Even if it saved just one baby, one tender, little, innocent child, isn’t it worth it? Not if you don’t believe these children have a right to live.

Democrats sounded like Northam. Sen. Tina Smith complained it “puts Congress in the middle of important medical decisions that patients and doctors should make together without political interference.” It’s part of a “war on women’s health,” insisted Sen. Jeanne Shaheen. Sen. Mazie Hirono bizarrely claimed this bill would force doctors “to provide care that is unnecessary or even harmful to patients.”

Caring for a baby – even a doomed baby – is “harmful”?

They also tried to claim survivors of abortion were already protected by the Born-Alive Infants Protection Act of 2002. That law established that the terms “person,” “human being,” “child,” and “individual” in federal law include every infant born alive, even after an abortion. But it did not punish doctors for aiding infanticide. When that law passed and was signed by President Bush 17 years ago, the network coverage was....zero.

If we can accept infanticide as a viable position, our civilization is finished.