In a widely praised article excoriating the media at National Review, Charles C. W. Cooke writes “Sometimes consciously, but most often unwittingly, journalists treat Democrats as normal and Republicans as abnormal and proceed accordingly in their coverage.” To put that another way,  the “news”  routinely suggests the Republicans are wildly ideological and out of the mainstream, and the Democrats are exceedingly reasonable and and in sync with public opinion.

Take the New York Times. On January 27, the Times warned that President Trump met with “a delegation of hard-right activists led by Ginni Thomas,” the wife of Supreme Court Justice Clarence Thomas. This was painted as controversial because Mrs. Thomas is, well, extreme.  And she's married to You-Know-Who. A “vocal conservative, Ms. Thomas has long been close to what had been the Republican Party’s fringes,” they wrote. 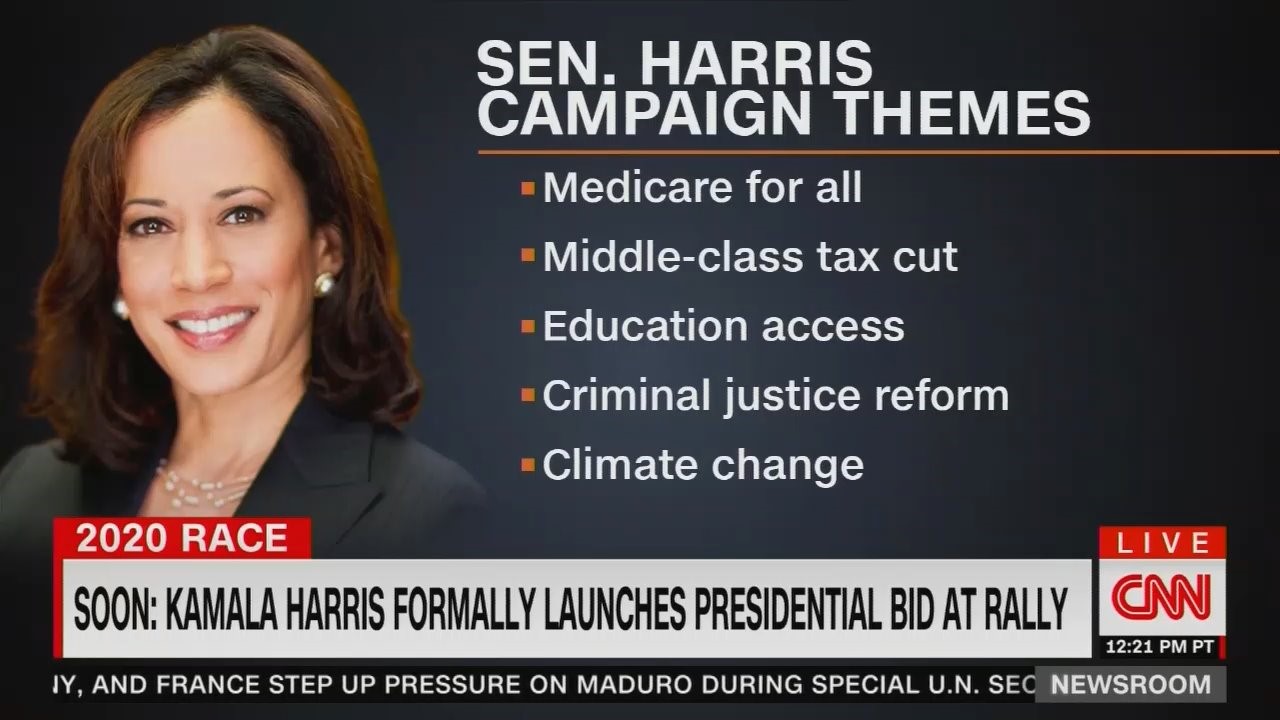 Now try to imagine the Times writing in high dudgeon about Obama or Hillary Clinton meeting with people on “the Democratic Party’s fringes.” For 8 years Obama entertained every leftist group imaginable. And yet the Times can’t find a “fringe” on that side of the partisan aisle. On the same day they nearly fainted over Ginni Thomas, the Times gushed over hard-left Sen. Kamala Harris announcing a run for president in her hometown of Oakland, California.

Her agenda is on the left-wing fringes, as the Democratic base insists:

-- "Medicare for All,"  liberal-speak for Canadian-style single-payer health care, where private insurance is banished. The “single payer” is the government. That's a radical step, and tremendously costly.

-- A "Green New Deal." David Roberts at the liberal site Vox explained that this is a vague slogan at this point, but it means "a massive program of investments in clean-energy jobs and infrastructure, meant to transform not just the energy sector, but the entire economy. It is meant both to decarbonize the economy and to make it fairer and more just."

Isn't it painfully obvious that "a massive program" of government "investments" is being pushed here? Socialism, to be blunt? But the Times called the Harris agenda a “broader populist vision.” Harris “stressed unity and fighting for people, and her support for policies that are currently popular among Democrats, like ‘Medicare for all’ and combating climate change.”

On Sunday, the same lack of labeling unfurled on CNN, where reporter Kyung Lah was posted in Oakland to cover a Harris speech like a Democratic publicist. “So what will she talk about in her campaign? It is going to be populist in nature, and it will be unapologetically populist,” she claimed.

So it was amusing that after Harris spoke – live on CNN, as well as MSNBC and Fox – CNN brought on Nina Turner of the Bernie Sanders offshoot Our Revolution, who announced approvingly that a lot of Harris’s speech “was very progressive.”

President Trump has started talking about “radical Democrats” opposing him, but if you think the “news” is fair and balanced, you’d have no idea why he would use such a term. That’s why people don’t – and shouldn’t – trust the news media as if they were a nonpartisan, disinterested moderator in our politics. Instead, they’re desperately trying to disguise the obvious. The Democrats are careening to the hard Left.