The media have spent the last two years arrogantly proclaiming that they were the urgently needed public servants who would boldly challenge power and ask the tough questions. But does that boldness continue when the Democrats win some power back? It doesn’t look like it. Democrats can say the wildest things, and often, the so-called Courageous Media bends and move on. 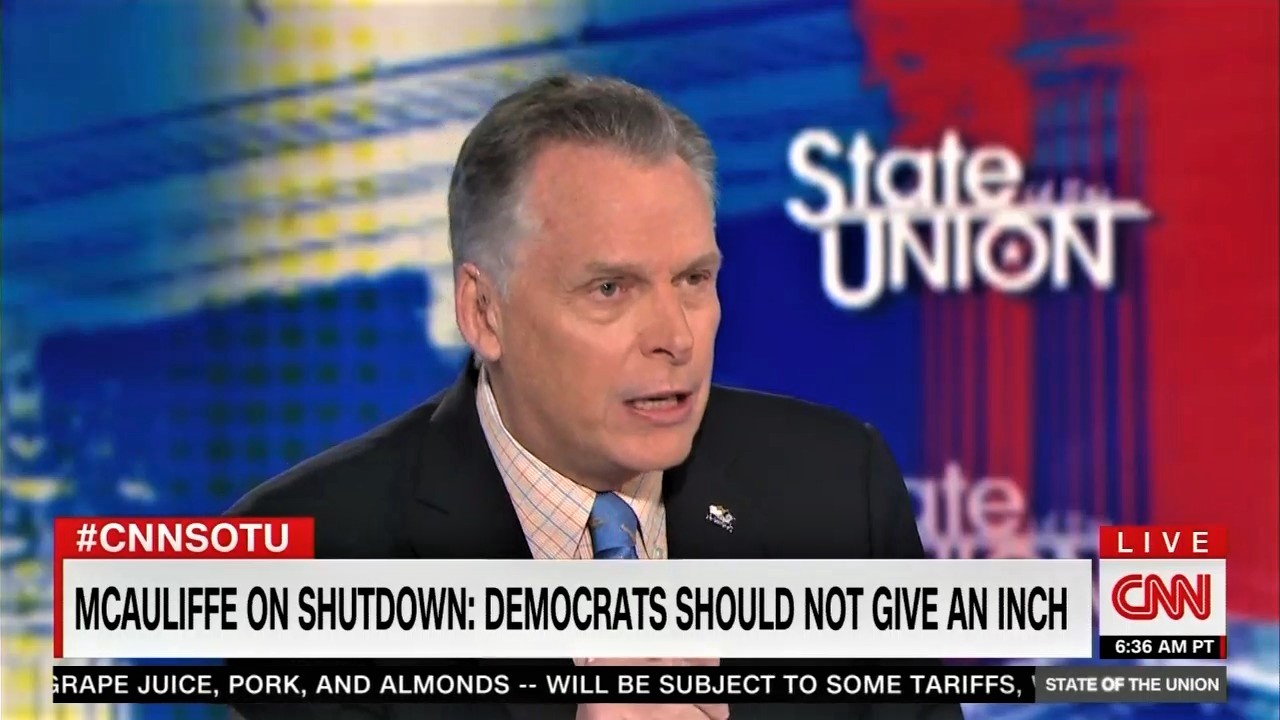 Let’s start with a mild example. On December 30, former Virginia Gov. Terry McAuliffe appeared on CNN’s State of the Union, hitting the party line that “the Democrats should not give an inch” to end the shutdown, and Trump “owns” anything that happens. “Donald Trump, because of his tricks and because of Republican radio hosts pushing him, challenging his manhood, he has caused so many problems for so many people in this country. He is an angry, emotional, unstable man sitting in the White House.” So CNN’s Dana Bash replied with this: “Is that your campaign speech for 2020? Is that what we're hearing?”

McAuliffe then said people are sick of Trump because he’s a “constant liar.”

There was no laugh track, or pushback. The man who cut his political teeth being a political fixer for the Clintons, with all that corruption, all the lying, all the deception -- all this was allowable, even unchangeable because McAuliffe's a Democrat and his target was Trump.

On January 2, CBS This Morning interviewed Rep. Jerrold Nadler, who’s in line to become chairman of the House Judiciary Committee. Nadler railed against Trump’s “extremist” policies to appeal to an “extremist” base, and promised the Democrats wouldn’t budge on the shutdown. “You still have kids who haven't been returned to their parents after months. This is inhuman and it's not precedented. It's a deliberate creation of the Trump administration which is trying to make things as miserable as possible. And if kids die, they're apparently willing to have that.”

There was no pushback on the idea that Team Trump doesn’t care if children die. It is apparently true. CBS’s Anthony Mason just shifted to whether impeachment would proceed. “You have a long and very contentious history with this president. He once called you one of the most egregious hacks in contemporary politics.” Nadler called this a “badge of honor.”

CBS also interviewed freshman Rep. Alexandria Ocasio-Cortez for 60 Minutes. Stop the tape. What in the world has this waitress/bartender done to merit an interview on 60 Minutes? If anything, it should be to be asked why someone so untalented and unschooled in government feels she should be in Congress. But... nah. 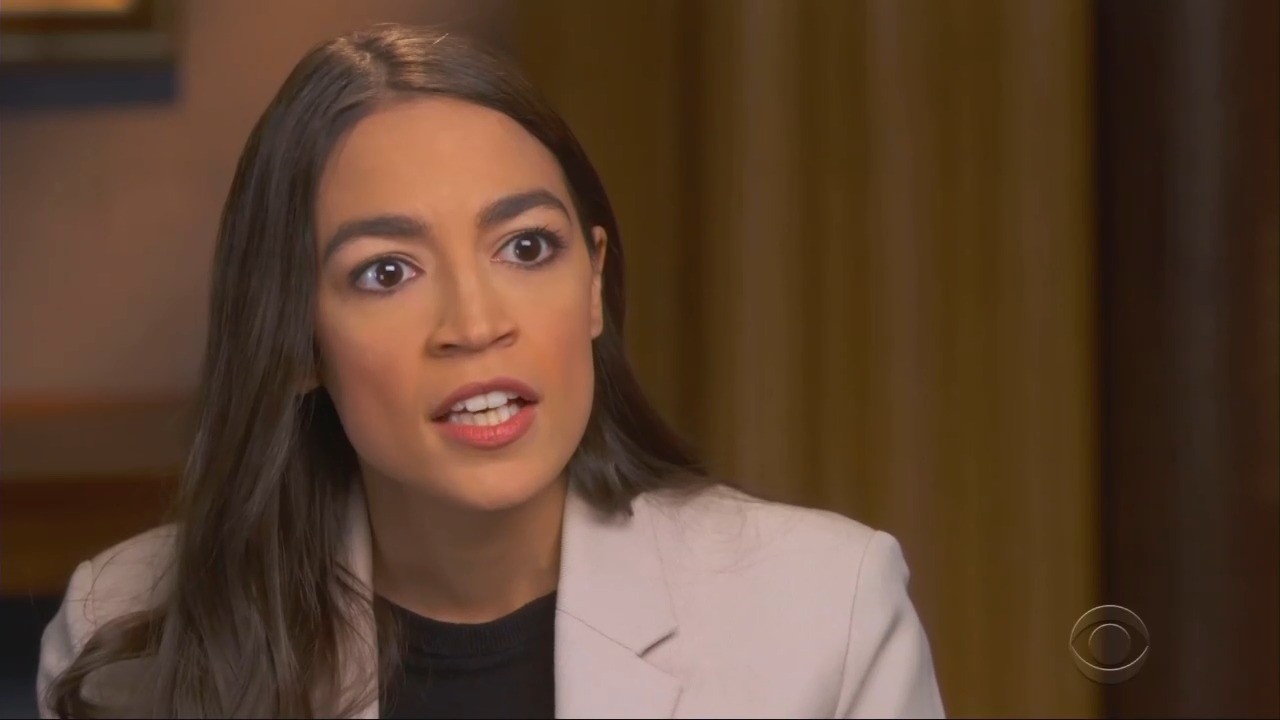 Anderson Cooper of CNN was sitting in, and in an excerpt shown on January 4, he noted that Ocasio-Cortez was proposing some radical goals, like no use of fossil fuels in 12 years. “What you are talking about, just big picture, is a radical agenda compared to the way politics is done right now.”

Then look at how this 29-year-old placed herself in history: “Well, I think that it only has ever been radicals that have changed this country. Abraham Lincoln made the radical decision to sign the Emancipation Proclamation. Franklin Delano Roosevelt made the radical decision to embark on establishing programs like Social Security. That is radical.”

This lady is Lincoln and FDR rolled into one? Cooper could only ask “Do you call yourself a radical?” Ocasio-Cortez said “Yeah.” Deep.

CBS This Morning co-host Norah O’Donnell wrapped up the interview like she was anchoring DNC-TV. “A lot of new voices in Congress pushing for change. A lot of people from different backgrounds than we've seen in the past and we're off to the races. It's going to be an incredible year.”

“Pushing for change”? Imagine if Ocasio-Cortez said to combat global warming, everyone should surrender their televisions. Would CBS still be gushing?