National Public Radio is out begging for donations this week, with major stations like Washington’s WAMU offering gifts like those silly reusable grocery bags touting the “The Power of Truth.” But the truth can be pretty embarrassing. Apparently, NPR exploits cheap labor. 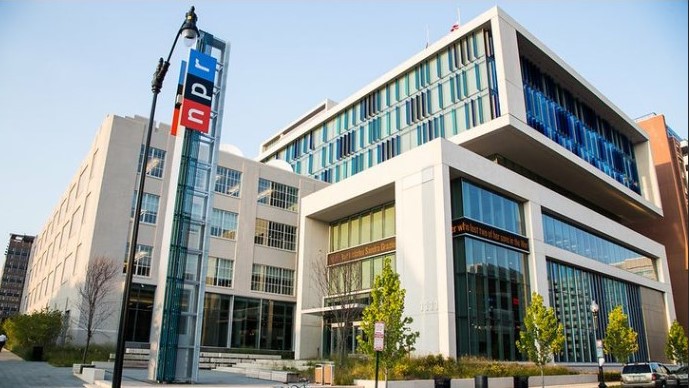 Washington Post media reporter Paul Farhi has revealed that according to union representatives, 20 to 22 percent of NPR’s 483 union-covered newsroom workforce, or one in five employees, are temps...and they’ve been doing this for decades.

“Without temporary workers — who are subject to termination without cause — NPR would probably be unable to be NPR,” Farhi reported. “Temps do almost every important job in NPR’s newsroom: They pitch ideas, assign stories, edit them, report and produce them. Temps not only book the guests heard in interviews, they often write the questions the hosts ask the guests.”

This is an unusual arrangement in the media. About five percent of the staff at a typical TV station is employed on a part-time or temporary basis, according to the Radio Television Digital News Association. Radio stations, with smaller news staffs, reported an average of just one part-timer or temp in that survey.

The pay isn’t awful – $21.63 per hour, or $45,000 a year if you worked full time – but there’s no guarantee you will be working consistently. There’s health insurance – if you work consistently. And it takes a toll, even on the people still working there. One wrote: “Many, if not most, of the folks I work with in the newsroom started in this ugly purgatory.”

Former NPR health reporter Julie Rovner tweeted in response: “I was a temp for seven of my 16 years at NPR. I can’t say it caused my anxiety issues, but it certainly didn’t help.” Veronica Miller Jamison tweeted she temped for six years, and “the merry-go-round of looking for new assignments and competing with your friends for jobs was not fun.”

The taxpayer-funded network’s response wasn’t convincing. “As a media company that strives to be innovative and nimble, we need talented people who can come in on a short-term basis to help us experiment with a new idea or pilot a new program,” said NPR president of operations Loren Mayor.

Could a major retail chain try this “innovative and nimble” spin with skeptical media liberals? NPR producer Alyssa Edes shot back on Twitter: “This is an outrageously willful misrepresentation of the way NPR uses temps.”

Meanwhile, on air on September 3, NPR anchor Steve Inskeep asked their regular economic analyst, David Wessel of the left-leaning Brookings Institution, to judge the allegedly struggling economy under Trump: “I think what's going on is that workers simply have less bargaining power today than they once did. Unions are weaker. There's an explosion of temp agencies and outsourcing and the gig economy.”

Farhi reported, during “bruising negotiations” over a new contract last year, NPR’s Scrooge-like management proposed eliminating all benefits for temps (except those required by law), including health insurance and holiday pay. This was “withdrawn amid broad staff opposition.”

This resentment among the work force is bubbling up over another episode in NPR hypocrisy – former news executives like Michael Oreskes were exposed as sexually harassing much less powerful employees, even as NPR ripped into conservatives like Clarence Thomas (and recently Brett Kavanaugh) with unproven allegations.

The exploited workers are now throwing stones through NPR’s glass house. Can we look forward to the new Democratic majority in the House holding some compelling oversight hearings? And would NPR cover them?