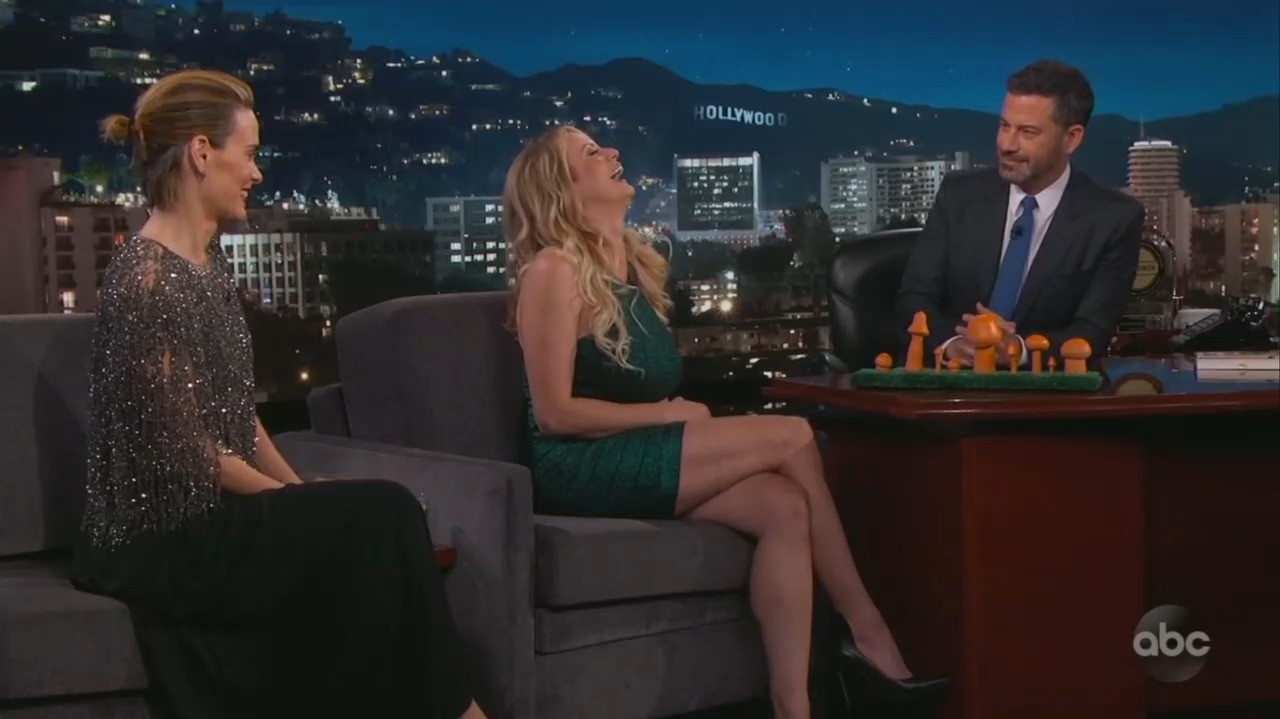 The major media gaudily celebrated the weepy humanity of Jimmy Kimmel when he was a sympathetic figure – when his infant son Billy needed surgery and he pleaded for “health care for all,” and then again a year ago after the senseless massacre in Las Vegas, where he grew up.

But there’s the mean-spirited, heckling Hyde to this Jekyll that you won’t hear about. On the September 26 edition of “Jimmy Kimmel Live,” the host proposed chopping off Supreme Court nominee Brett Kavanaugh’s penis: “I think there’s a compromise here and hear me out on this. So Kavanaugh gets confirmed to the Supreme Court. Well, in return, we get to cut that pesky penis of his off in front of everyone. No?”

This came after Kimmel mocked Kavanaugh for telling Fox News he was a virgin in high school, and also kept calendars of his activity. “Okay, what 17-year-old keeps calendars of his social engagements? No wonder he was a virgin!” They switched the chyron at the bottom of the screen to read “Kavanaugh: Nobody Wanted Sex With This Dweeb.”

Kimmel’s bullying crack about slicing off Kavanaugh’s penis did not make the network shows. It wasn’t recounted in the major newspapers. CNN ran other Kimmel clips in the succeeding days, like this mockery of the First Lady: “Melania Trump was in Ghana today, as in she's never Ghana come back. This is a historic trip because not only is it Melania's first solo trip overseas, it's the first time that a member of the Trump family has ever gone to Africa without shooting an elephant.”

This Melania-mocking is a regular theme. A few months ago, Kimmel joked she would “keep digging the escape tunnel she has hidden behind a poster of Tom Selleck.”

Kimmel’s second wife, Molly McNerney, is co-head writer on the show, and she obviously enjoys and approves the Melania jokes – but not Hillary jokes. She told Glamour magazine that mockery of Hillary’s clothes drove her to profanity: “I remember when Hillary was coming on a year ago, people were still making pantsuit jokes. I was like, “What the f--- are you doing? You’re minimizing this woman to her clothes?”

Kimmel asked: “Which of these mushrooms, orange mushrooms, would most represent the commander in chief of the United States military?” She shot back: “Can you hold it up so it’s coming at me at the correct angle?” Then she picked a squat little mushroom.

When Kimmel suggested that Daniels and Trump “made love,” she shot back, “Gross! What is wrong with you? I laid there and prayed for death.” Earlier, Kimmel asked Daniels to re-enact her alleged magazine-spanking of Trump, and Kimmel said “Hold on, I just want to pray for a second. Please, God, let him be watching this right now,” Kimmel said of Trump.

Just like Kimmel & Co, liberals in the entertainment world perpetually congratulate themselves on having a higher sense of compassion and sensitivity. Somehow, in the name of those alleged ideals, these ersatz humanitarians crudely bully and smear conservatives. The Kavanaugh contretremps is just another bucket of their political sewage.