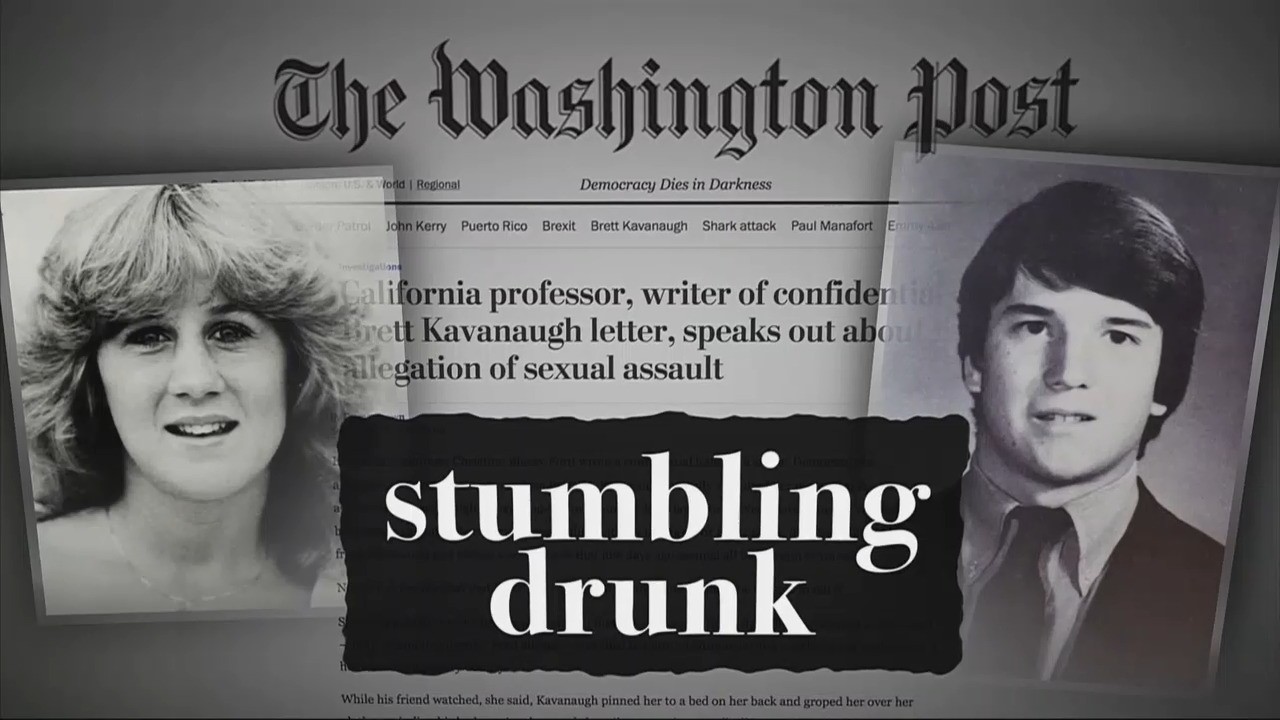 The erupting charges of “attempted rape” against Brett Kavanaugh when he was 17 show just how shameless the Democrats and the “Facts First” media have become. They are promoting charges where the accuser can’t remember when or where it happened. That is enough to stop a Supreme Court nomination?

The media/Democrat message is that the Senate cannot have a vote until we get to the bottom of this horrible accusation. Is there anyone following this story that doesn’t believe they were stalling until after the election, when they hope to gain one or two seats necessary to defeat Kavanaugh permanently? The calculation is as cold as the timing was transparent. So where are the media blowing that whistle?

Let’s revisit Juanita Broaddrick, who was pursued by the Paula Jones legal team in the fall of 1998 during the impeachment probe, seeking her testimony about being violently raped by 31-year-old Bill Clinton in Little Rock’s Excelsior Hotel on April 25, 1978. Back then, the liberal logic was the exact opposite: We can’t report anything on Broaddrick until after the Senate impeachment trial – when President Clinton is safe.

NBC’s Lisa Myers labored to lock down every detail, confirming the date, the place, and that both Clinton and Broaddrick were there that day. Broaddrick taped her emotional interview with Myers on January 20, 1999, and she heard it would air on Dateline on January 29. But then NBC sat on it until February 24 – twelve days after the impeachment threat ended. In 2015, Myers still asserted "Nothing has come up since that story was reported that in any way undercuts what Juanita Broaddrick said.”

That says it all. But with Kavanaugh, NBC rushed to be the first of the Big Three networks to run with this story. It didn’t matter whether NBC had verified anything the accuser said. They just acted like the Democrat News Service. They reported that Sen. Dianne Feinstein had a secret letter saying something serious, and the vote should be delayed.

This does look a lot like the dirty trick that Democrats pulled on Clarence Thomas in 1991, with Democrats trying to defeat a nomination after months of investigating the nominee – except it makes Anita Hill’s charges look much less serious. “Attempted rape” is far heavier than “he talked about porn to me and asked me on dates.” When the Hill-Thomas hearings were over, twice as many Americans believed Thomas than Hill. No one had more than a few days to evaluate her credibility. Everyone forgets that, because the media have never stopped honoring her as a “Rosa Parks” of sexual harassment.

Democrats are at grave risk of a rerun. The accuser, Christine Blasey Ford, is much more obviously a Democrat than Anita Hill, whom the media tried to paint as religious and even conservative. Ford has donated to the liberal group Act Blue, and to Bernie Sanders. She signed a letter opposing President Trump’s border policies. The fact that Ford’s charge is more serious than Hill’s should make the burden of proof heavier.

This may be why NBC’s Chuck Todd suggested on Today that perhaps Kavanaugh should just step down, and spare himself (and the Democrats). “I think nothing would surprise me, including him, by the end of the week, if Judge Kavanaugh decides he doesn’t want to go through this -- it isn’t worth it, he doesn’t want to – maybe he can win, but he doesn’t want an asterisk – I mean, it wouldn’t surprise me if he chose to withdraw and chose to back down.”

So Judge Kavanaugh should quit over an incredibly vague rape charge without a time or a place, or a corroborating witness other than the one witness who says she’s making it up.