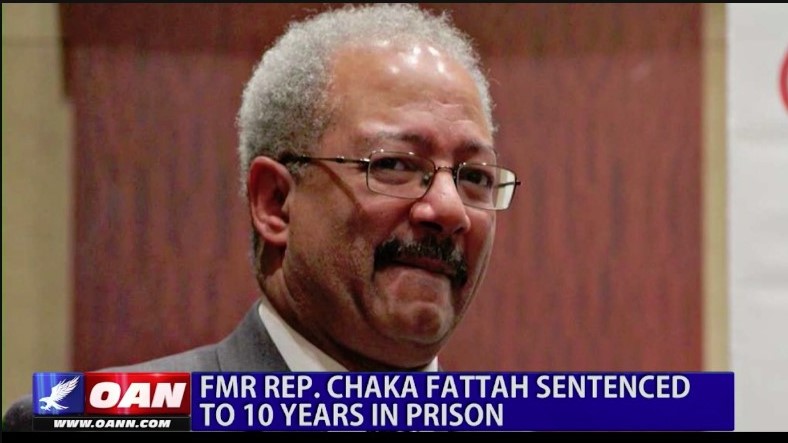 When seeking to demonstrate the degree to which the “objective” news media act like Democratic partisans, the best place to start is scandals. As in, “Have you heard all about the latest Republican scandal?” versus “What Democrat scandal?”

On August 8, Republican congressman Chris Collins of the Buffalo suburbs was indicted for insider trading and then lying to the FBI. ABC, CBS, and NBC played this story to the hilt, with 18 minutes and 24 seconds of coverage in just the first 24 hours. CBS devoted the most coverage, pounding away for 7 minutes and 6 seconds. ABC came in second, offering 5 minutes and 41 seconds, and NBC was right behind, with 5 minutes and 37 seconds.

On August 21, prosecutors indicted California Republican Congressman Duncan Hunter on wire fraud and campaign finance violations charges. The morning and evening newscasts on ABC and CBS spent a total of 4 minutes and 44 seconds covering the story in the first 36 hours. In contrast with Collins, Hunter was “lucky” that there was breaking anti-Trump news -- the conviction of former Trump campaign chairman Paul Manafort and longtime Trump confidante and lawyer Michael Cohen's pleading guilty to charges he violated campaign-finance laws.

It thrilled the networks that these two men, Collins and Hunter, were the first congressional endorsers of Donald Trump for President. That multiplied the “newsworthiness” for them.

Now wait a minute! Why, that’s such a loaded, unsubstantiated conclusion!

Except it isn’t. Look what happens when a Democrat is indicted. And tried. And convicted. And sentenced.

These very same three networks, these champions of public integrity, were bored to tears by the indictment and trial of Democratic Congressman Chaka Fattah of Philadelphia. During the year and a half between his 2015 indictment and 2016 conviction and sentencing for  misappropriating hundreds of thousands of dollars of federal, charitable, and campaign funds, the ABC, CBS and NBC morning and evening programs offered a measly 68 seconds of “news.”

In other words: Collins received 18 times as much coverage as Fattah in just one day. But wait. It gets worse.

There’s Rep. Corrine Brown of Florida, who was sentenced to five years in prison in 2016 for using an alleged children’s charity called One Door for Education as a personal slush fund for herself and several aides. She used it for more than $300,000 in personal expenses, including tickets for NFL games and a luxury box for a Beyoncé concert.  “Brazen barely describes it,” the judge, Timothy Corrigan, said of Brown’s sham charity. Never heard of her? There’s a reason.

Both Fattah and Brown were members of the Congressional Black Caucus and were defeated in 2016 primaries by other black Democrats after the national whisper of their indictments. Both had been in Congress for two decades and faced no serious general-election opposition for most of that time.

There are other House Republican scandals the networks noticed since Fattah and Brown. On December 14, 2016, NBC’s Today featured a nearly two-minute long report on former GOP congressman Aaron Schock being arraigned on corruption charges in federal court.

Even after they leave office, a Republican garners more attention than an incumbent Democrat.

On October 5, 2017, when pro-life Republican Congressman Tim Murphy from Pennsylvania resigned after the Pittsburgh Post-Gazette reported he had urged his mistress to get an abortion (she wasn’t actually pregnant), all three broadcast evening shows ran reports on it. It added up to more than six and a half minutes of coverage in the morning and evening, and almost all of it (almost five minutes) aired on NBC.

Think of this and then feel free to laugh at NBC’s Chuck Todd, who proclaimed on Sunday’s Meet the Press that charges of a liberal bias in the media were an old Roger Ailes tactic “not based in much fact.”