One measure of how old we’re getting is realizing how many voters today have no familiarity with the Chappaquiddick scandal. In July of 1969, Sen. Ted Kennedy drove off a bridge with a young woman inside and left the scene of the accident alone. Mary Jo Kopechne died, and Kennedy waited ten hours to report it.

This is one compelling reason why many older voters thought the liberals sounded preposterous when they suggested Donald Trump’s presidential campaign should be canceled over boasting of grabbing women in the crotch on an Access Hollywood tape. Kennedy had a woman’s death on his resume and it never stopped the Left from boosting him as the finest presidential timber.

How far has the manipulative Kennedy dynasty fallen? Somehow, the movie Chappaquiddick was made with well-known actors, and distributed to movie theaters. Seven years ago, pressure caused the History Channel to deep-six a dramatic Kennedy miniseries (it ended up on the obscure cable channel Reelz). 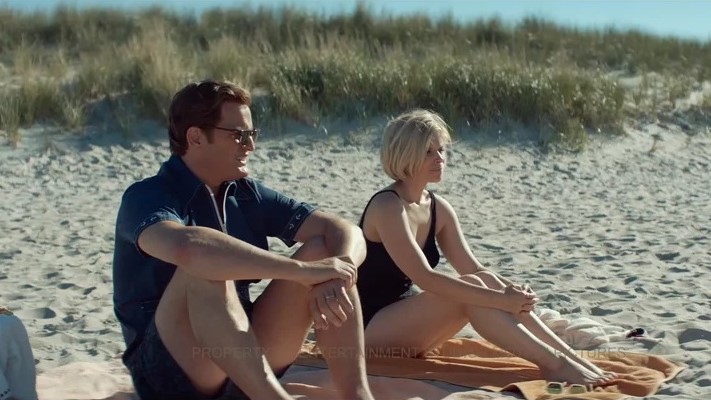 This movie is even drawing favorable reviews from the movie critics. That’s in part because they recognize the filmmakers didn’t make a hard-edged cartoon – like, for example, the way Oliver Stone smeared George W. Bush in 2008. From the first moments, the Ted Kennedy in this film is haunted by his older brothers, who were inflated into political giants, and is spurned as a loser by his nearly mute father, who suffered a stroke in 1961.

Staying close to the historical record is brutal enough. Kennedy left the scene of a fatal accident, failed to report it for hours, lied to investigators and the public about how and when it happened, and then expected that everyone would accept what he had done and re-elect him. The film notes at the end he was re-elected overwhelmingly, and became known (to some) as the “Lion of the Senate.”

It also shows how the Kennedy political machine arrived to manipulate the press and even the Kopechne family. There was no autopsy. This was pitched as another Kennedy tragedy, and the national media eagerly Xeroxed the narrative.

One of the things that the movie-makers get wrong is the idea that the press were hostile. The only named reporter in the movie was James Reston of The New York Times, who, the script suggests, was skeptical of Kennedy’s claim he suffered a concussion. In real life, Reston was, in the words of media critic Jack Shafer, one of those who “attended to the family’s legacy like priests on retainer.”

For the rest of Senator Kennedy's life, the media treated Chappaquiddick as an extremely distasteful subject only conspiracy-obsessed right-wingers thought was important. Whenever the scandal surfaced, journalists turned it into a story of “redemption.”

That’s still happening. Former Boston Globe reporter Peter Canellos wrote up the movie for Politico’s magazine, and oozed that Chappaquiddick “marked the start of one of the most remarkable revivals in American politics, as Kennedy settled down to the hard work of legislating and, almost as penance, went on to amass the most impressive list of accomplishments in Senate history.”

As long as a politician can pass “landmark” liberal bills, his personal scandals are washed away by liberal journalists. And they call themselves “idealists.”