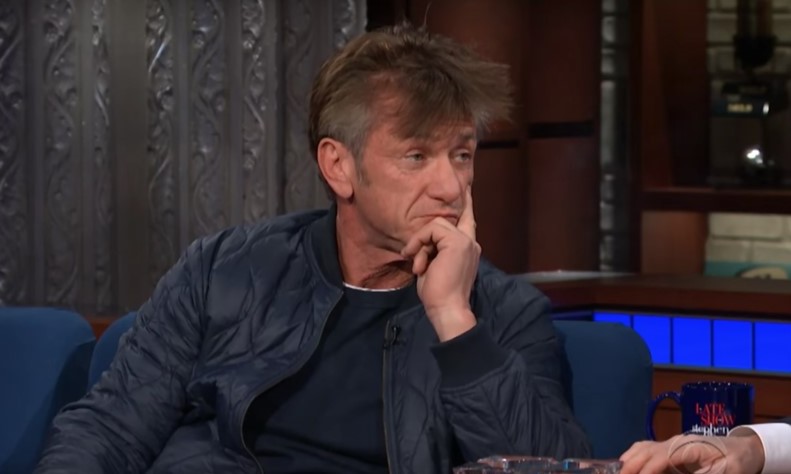 For many years now, the celebrated thespian Sean Penn has been one of the wackiest activists in the pantheon of the Hollywood Left. When we last observed him in his unnatural habitat, he was warmly interviewing the murderous drug lord “El Chapo” for Rolling Stone and insisting he was “overdemonized” in the War on Drugs.

Now Penn thinks he is not just a journalist, but a novelist. Right before the 2016 election, he came out with an audiobook he narrated titled Bob Honey Who Just Do Stuff under the the pseudonym “Pappy Pariah.” Now Simon & Schuster has published it with his own celebrity name attached, and their corporate synergists at CBS aired interviews with him on Sunday Morning and The Late Show with Stephen Colbert.

Among his many talents, Bob Honey is an assassin, and he kills elderly welfare recipients for a secret government agency. But guns aren’t cool, so he murders people with a wooden mallet. Sound like a wacky leftist, under the influence?

In one scene, Honey writes a letter to the not-so-fictional President, named Mr. Landlord. He wants him killed.

“Many wonderful American people in pain and rage elected you. Many Russians did, too,” he writes. “Your position is an asterisk accepted as literally as your alternative facts. Though the office will remain real, you never were nor will be. A million women so dwarfed your penis-edency on the streets of Washington and around the world on the day of your piddly inauguration.…You are not simply a president of impeachment, you are a man in need of an intervention. We are not simply a people in need of an intervention, we are a nation in need of an assassin….Tweet me bitch, I dare you.”

This is why Colbert nudged Penn on TV and said, “Have the Secret Service contacted you?... Because that’s the sort of thing you can’t make jokes about.” (Earth to Colbert: Your company published this garbage.) Penn said he wrote the novel as “kind of a venting.” It’s “venting,” like his fellow actor Jim Carrey getting jollies on March 27 by tweeting a drawing of President Trump’s two oldest sons being impaled on an elephant’s tusks.

Some “venting” is encouraged. Some “venting” gets you fired. It depends on who is president. These are the same liberals who wanted heads to roll when an unknown Republican congressional aide made a few rude remarks on her personal Facebook page that President Obama’s daughters dressed like girls at a bar for the Thanksgiving turkey-pardoning. She had to resign.

Meanwhile, Penn is getting paid by Simon & Schuster for writing “literature” that sounds like a bad high-school project. The novel’s hero is “evading the viscount vogue of Viagratic assaults on virtual vaginas, or worse, falling passively into prosaic pastimes.” Even The Huffington Post, in quoting this, warned “Sean Penn the Novelist Must Be Stopped.” They called it a “nausea-inducing mess.”

Penn loves alliterating every few pages, as in “There is pride to be had where the prejudicial is practiced with precision in the trenchant triage of tactile terminations.”

This man doesn’t need to write novels. He doesn’t need publishers and television networks encouraging his self-expression. He needs a psychiatrist. And a muzzle.