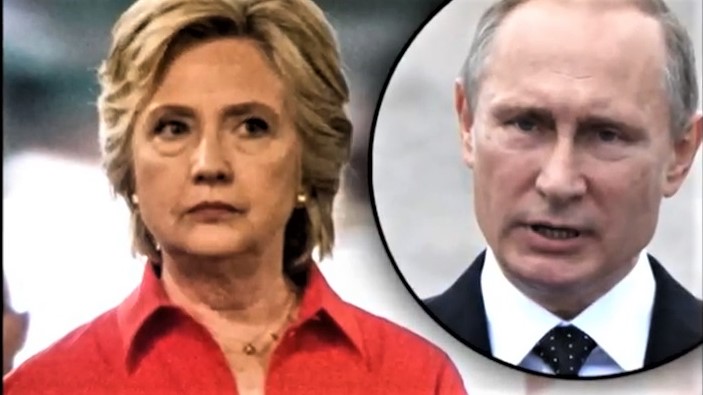 In their book Shattered, Jonathan Allen and Amie Parnes report that within 24 hours of losing, Hillary Clinton was ordering her campaign to argue that the election was hacked by Russia. Just as reporters leaped to find “news” to corroborate her “vast right-wing conspiracy” allegations during the Monica Lewinsky scandal, they have lunged at stories of Russian interference to validate VRWC 2.0.

Second verse, same as the first. The media outlets most deeply invested in the narrative that Russia somehow masterfully manipulated the 2016 election are beginning to struggle as the actual facts tumble out. Getting a closer look at the Russian Facebook postings doesn’t help the Sore Loser Chorus. In fact, it demolishes them.

The New York Times posted a story on October 9 headlined “How Russia Harvested American Rage to Reshape U.S. Politics.” But there in the details was a dramatic shapelessness, a borrowing from the left and a borrowing from the right, ultimately underscoring why the article should have never been published in the first place.

Times reporters Nicholas Confessore and Daisuke Wakabayashi explained that one Russian-orchestrated page was called the United Muslims of America, which often shared posts and videos about American “Islamophobia.” They stole a YouTube video produced by a man named Waqas Shah, in which he paid actors to shove him around in New York City to see if bystanders would object, and they did not. So America is bigoted.

But another Russian account called Being Patriotic spread a widely circulated Internet hoax about how Muslim men in Michigan were collecting welfare payments for multiple wives. So the Russians were both protesting “Islamophobia”....and promoting it. How is that “reshaping” our election process? It is what it is: an attempt to inflame both ends of the spectrum, and to set them to war against each other.

If the Times is trying to corroborate Hillary’s Russia-Trump conspiracy, they are not helping themselves when they report in the same piece that the Russians caused Americans on both sides of the divide to promote their material. They ran a Facebook page called “Blacktivist” that carried “passionate denunciations of the criminal justice system and viral videos of police violence.” One of their posts about the death of a black teenager in a fight with police in Bridgeport, Connecticut, was reposted by Black Lives Matter Chicago.

The  “Being Patriotic” page also stirred up conservatives with a message against more refugee settlements in America. But here’s the glaring difference in coverage: the Times asked conservative social-media activists how they felt about being used by the Russians, but they didn’t get any quotes from Black Lives Matter about being manipulated.

Washington Examiner correspondent Byron York dealt a major blow to these Russia-elected-Trump conspiracy theories with facts that Facebook has revealed.

–  Facebook said 56 percent of these ads' impressions came after the election, and 25 percent of the ads were never seen by anybody.

– Most of the Russian ads didn’t mention the election or the candidates or the need to vote. They may have “harvested American rage,” but for what purpose?

– Most of the ads were not geographically targeted, and when they were, they were all over the place. The ones targeted for swing states like Michigan and Wisconsin ran in 2015, and drew less than 1,000 impressions.

Nothing the Clintonistas have cited as the “real killers” of her presidential hopes have turned out to be true. Hillary wanted this opponent, and then couldn’t vanquish him, and now can’t face it.