In March, NBC Meet the Press host Chuck Todd made an ad for his show that lamented to the public, “What about our politics? Are there any rules anymore, and if so, will anybody play by them?” Todd assured viewers that NBC and he would enforce some rules. “These days, politics could use a little refereeing,” he intoned. “And we’re not afraid to blow the whistle.” 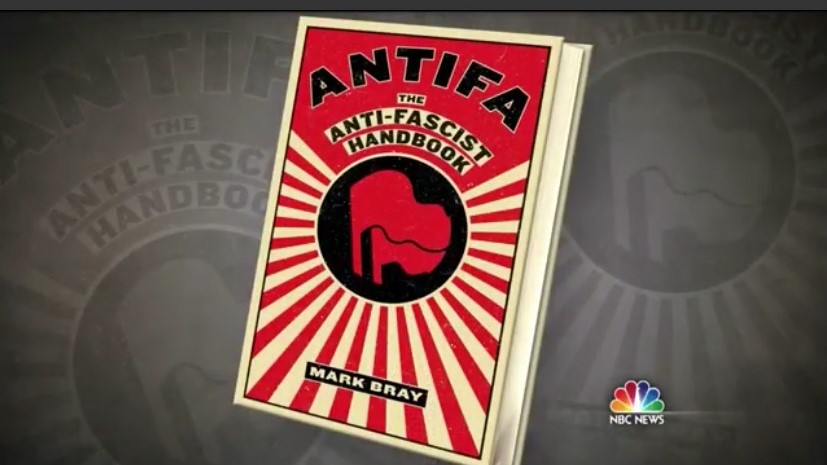 Wrong. The rulebook is being shredded. The “anti-fascist” or “Antifa” movement is justifying violent action in the streets to beat back racists and neo-Nazis. Violence – not as an accidental outburst, but as an explicit strategy –  used to be seen as a beyond-the-pale extreme. Now Todd & Co. are ushering Antifa’s extreme into polite society. The NBC referees believe rioting is worth at least some respect as a way to jolt the debate to the left. On the streets, the real referees – the police – are getting injured with rocks and urine-filled bottles to the head. We’ve lost count of the number of cops that have been murdered by Black Lives Matter supporters.

Todd used the August 16 MTP Daily and then the August 20 Meet the Press to promote an author named Mark Bray, who argued violence was necessary because “Nazism and fascism were not stopped by polite dialogue and reasonable debate. It had to be stopped by force.”

So who was chosen to debate the Antifa militant? Todd chose someone one notch to the right of Antifa. At NBC, the spectrum runs the gamut from militant left to radical left. Bray’s opponent was Richard Cohen of the Southern Poverty Law Center. SPLC has been smearing Christian conservative groups as “haters” for years. It just released a report on 917 alleged “hate groups,” including the Tea Party Patriots, Phyllis Schlafly’s Eagle Forum, and the Family Research Council.

In perhaps the greatest display of hypocrisy thus far in the 21st century, Cohen denounced Antifa’s tactics thusly: “It’s a very peculiar notion of self-defense to say you can censor people.”

For years, NBC has demonized conservative movements by arguing their speech leads to violence. On January 3, 1993, Dateline NBC host Jane Pauley smeared the pro-life movement: “Still ahead, the latest round of violence and bloodshed at abortion clinics. The anti-abortion movement has been creeping to the edge of bloody fanaticism for a decade." A few months later, after the Oklahoma City bombing, NBC’s Bryant Gumbel blamed Rush Limbaugh and the rest of conservative talk radio, claiming their anti-goverment invective “embolden and encourage extremists.”

Chuck Todd isn’t out there saying Antifa is “creeping the to the edge of bloody fanaticism,” any more than he would host a debate on “Blowing up abortion clinics? Fair or unfair?”

Eight years ago, NBC and MSNBC were warning that the peaceful Tea Party rallies were dangerous. MSNBC’s Contessa Brewer fretted over “A man at a pro-health care reform rally...wore a semiautomatic assault rifle on his shoulder and a pistol on his hip.” MSNBC host David Shuster suggested protesters at town-hall mettings were a threat to Obama’s life: "Is this putting our president in some sort of danger because of some wacko that will see this stuff and say, ‘oh, yes, it’s fascism and the way we dealt with Adolf Hitler was to try to kill him, so therefore, let’s do this with our president.’"

The only consistent thread in any of this is that NBC and MSNBC aren’t referees, and they don’t have a rulebook. They want to achieve the Left’s aims – by whatever means necessary. One arm of the far left believes violence is necessary. NBC thinks it’s worth discussing.